Proposing alternative visions of the future through algorithmic worldbuilding

Zero Emissions by 2099 is a hybrid exhibition that took place earlier this year at MaMA in Rotterdam, with excerpts remaining on view in the online showroom. Curated by designer Mary Ponomareva, this multi-sensory journey encouraged visitors to examine the seemingly inevitable role of technology and ideology in shaping the future. Through installations, video works, writings, and interactive-art generated by artificial intelligence, visitors came into contact with radical proposals for the future that challenge the boundaries of the human imagination.

People could experience what the late Anthropocene has become, forging their own narratives of the world’s evolution. The stories were set in the future, and it was up to the visitor to explore an unexpected set of political, personal and technological relationships, untangling how we got here and what the future will look like. “Critical discussion of current technological developments is important, but rather than being nihilistic about it, we can intensify critical discourse and create a stronger collective agency to imagine new ways of living. Re-examining and re-imagining new scenarios of the future can help us to act now,” declares Ponomareva.

The presentation consisted of three parts:

1. Sci-fi Lab Café tries to recreate the utopia and techno-optimism of the 1970s, heavily overlaid with extractivism and human-centred visions. These visions were exhausted before they could materialise. How can we regain control of technology and begin to respond anew? Will human memory become a hybrid, augmented by AI? What role would the ecology of humanity play if this story were to be retold?

2. Future in ICU is a reclamation of the dystopian state, when expectations from the Sci-fi Lab Café have failed. Our ‘brave new world’ has learned to respond to threats (imagined or real) with a sense of hopelessness, uncertainty and disorientation. The story takes place in the midst of a digital war, in an abandoned military zone where we lie motionless, deprived of corporeality and bodily experiences. Everything is replaced by digital representations that shape our perception of reality.

3. AI Temple – the state of the yet unimagined. This proposes a collective approach. By acquiring critical tools, we can create something beyond the utopian or dystopian binary.

So, the question is: How to imagine the unimaginable?

The exhibited projects by Chris Kore, Sofia Crespo x Entangled Others, Cristal De La Cruz, Nazanin Karimi, and Liminal Vision explore co-creation with generative algorithms that stimulate our human imagination, generating unexpected AI outputs. Artists and designers are adapting to the role of curating datasets and feedback loops that can prototype new futures and expand perspectives beyond what has ever been known or experienced. Algorithmic world-building has enormous potential, but it is also a collective responsibility. 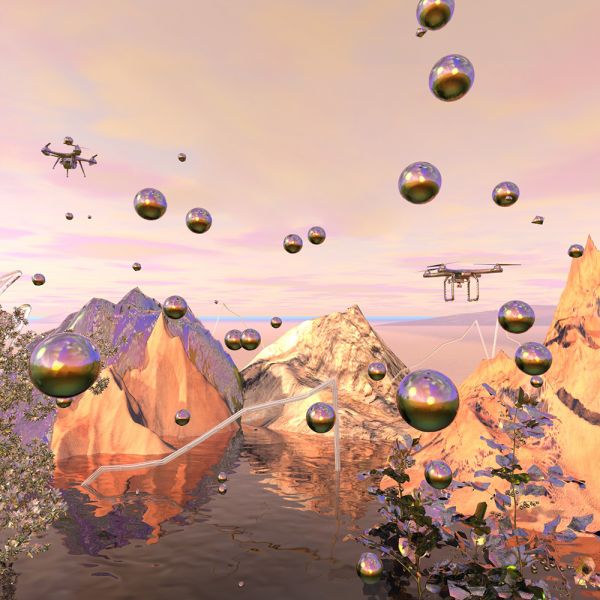 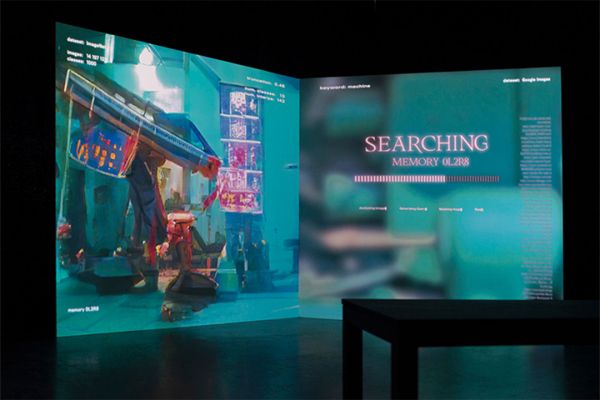 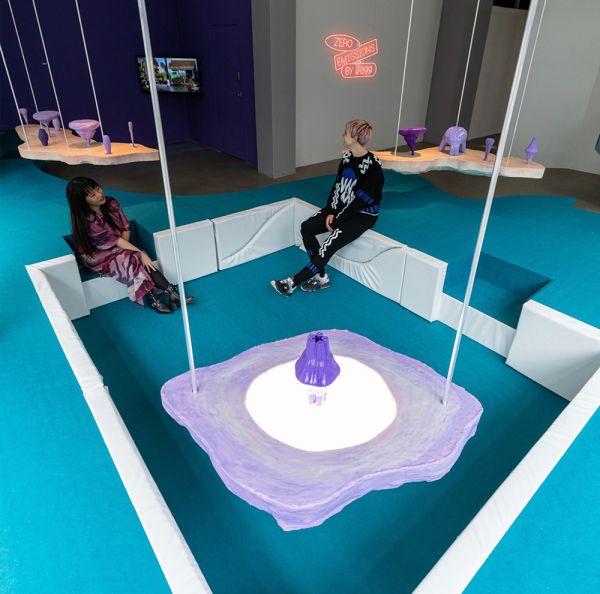 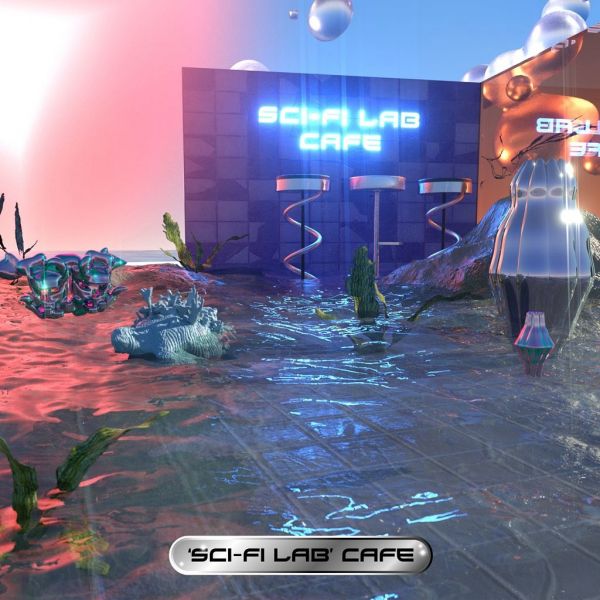 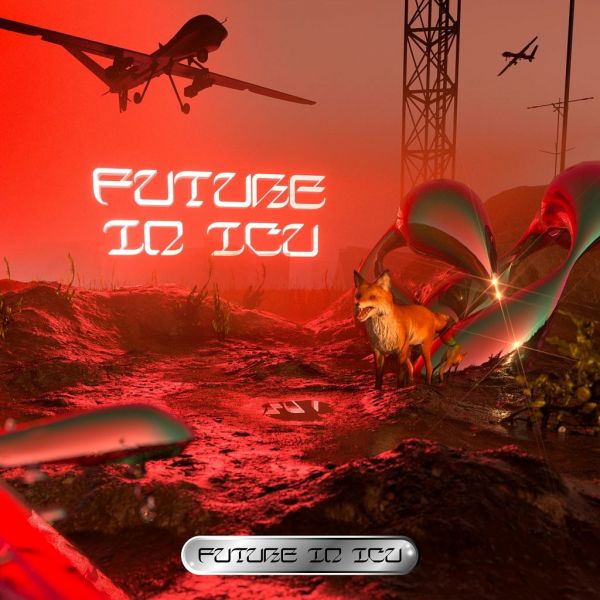 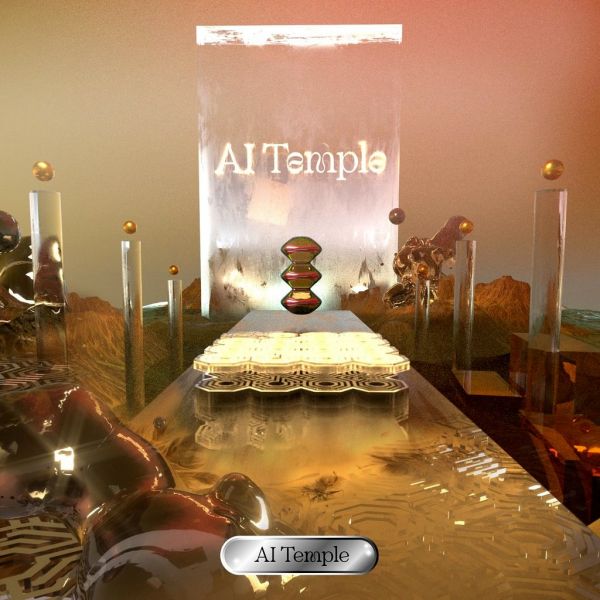 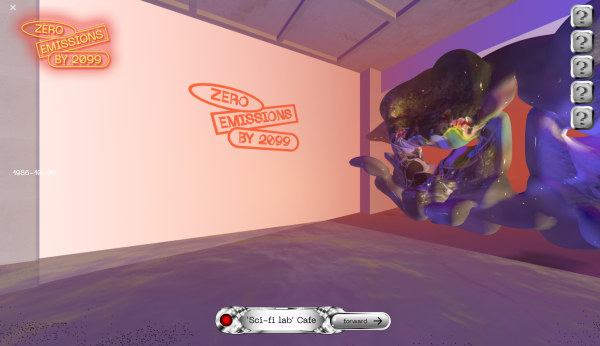 Great collaborative and critical project. Designers can create but also destroy utopias and new imagined worlds in order to communicate messages. Online world is great place to exhitib in covid times but the real experience is irreplaceable.