Old buildings with new elements are not eclecticism but pure wilderness

The Project Bratislava Superstructures deals with the relationship between the man and the public space, issues of ownership of private properties, late capitalism, and even the subjective taste. It explores the phenomenon of superstructures and adding new elements to Bratislava – the capital city of Slovakia.

Aurélia Garová got inspired in Munich in Germany where she had designed a collage of superstructures of well-known buildings in the city - a similiar approach with the way how people deal with absence of flats in Slovakia. She decided to work on it after the graduation to give the project more time to evolve more slowly. The first professional photoshoot took place in the summer 2017 together with a terrain exploration. She was so fascinated by this phenomenon that the project started to develop.

Nowdays she is working on publication that will consist of a series of posters, photographs and a small booklet with photographs and text. The publication and its design – as a whole – are inspired by superstructures. ‘The print will have its own superstructure, with a possibility of other additions in the future. We could add up a almanac of professional subscribers, for instance.

This work reflects on depreciating historical and socialist/brutalist buildings. It also prompts a discussion regarding urban planning which is underestimated in Bratislava. The publication is a critical project, becasue it sparks a debate on resolving this phenomen. Additionally, it also captures the atmosphere of late capitalism, creates a thematic almanac, and assembles these superstructures in one place. The author states:’This project is critical, but when you see these building… There is something wild about them.

I think that too little attention has been paid to this topic yet. Although we daily come across such buildings in Bratislava, this issue was still not yet researched or published – the issue of thermal insulation of buildings is much more popular. Therefore I see the necessity for projects like this.

The only question is whether this project prompts a discussion lively enough and effects the needed target group which is almost everyone. Aurélia suggests that the target group should rather be the cultural community, because such topic is its field of interest and the majority of people from the public would never buy such kind of publication‘says the author.

My question is - Is it enough? Wouldn’t be more effective to use a different medium – one that reaches out to a bigger audience? Isn‘t too difficult for such small local project to influence such huge mass of people with bad taste?

Consequently, I think it is the role of cultural community, to take the responsibility and create public pressure. Therefore the book might be a good medium to instigate its target group and focus general attention on the topic. 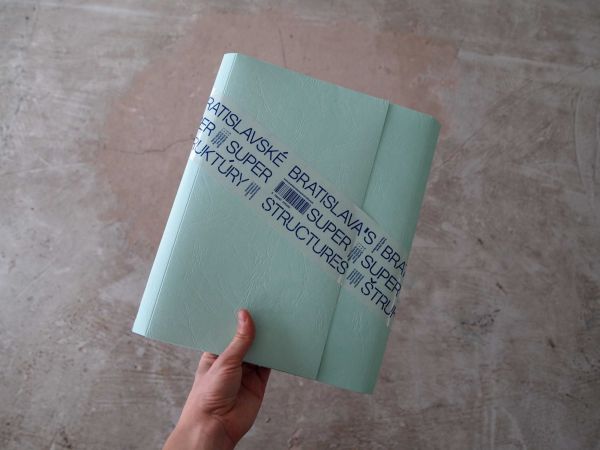 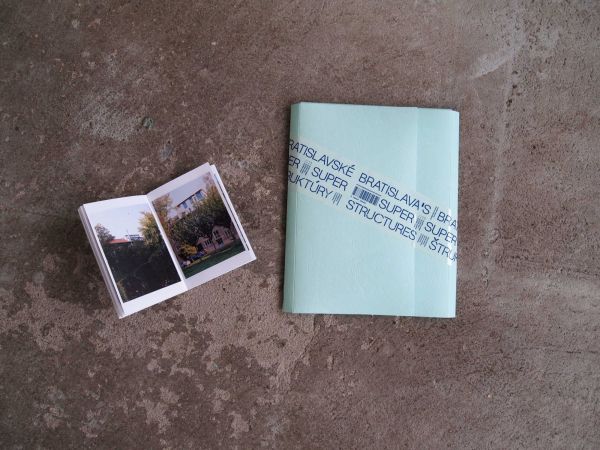 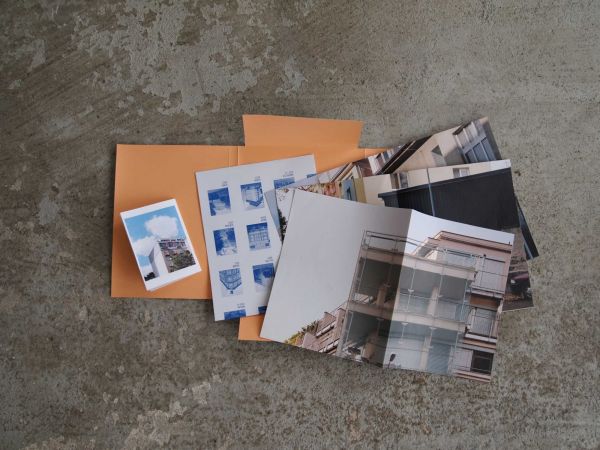 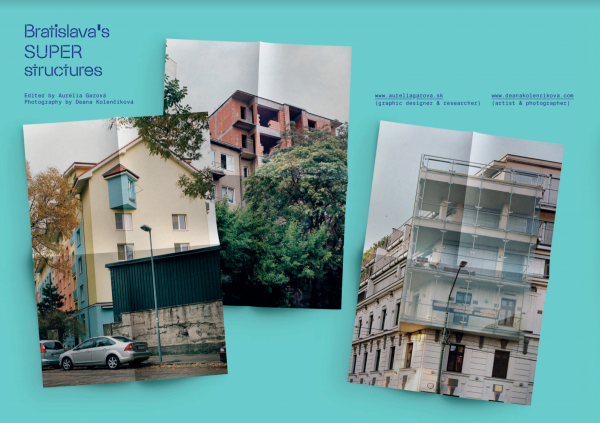 Bratislava Superstructures, promo of the book, 2018

It's always a choice - should critical projects be aimed at the general public, or rather at a specific community (in this case, artists, designers, and architects) to achieve their goal? Yes, this project would not change the general public's thinking, but I think that was not its original goal at all. I agree that sometimes it's enough to influence the community that should be responsible for aesthetic choices in the city. I see this project foremost as an artwork, which is complemented with conceptual design, and together it triggers critical dialogue - as it is happening now in this blog post.