Making the recent past unforgettable

BA!! Places of Living Culture 1989–2016 is the title of a Slovak-English book which maps extinct entities in Bratislava that since the fall of the Iron Curtain had been significant independent cultural spaces. It is published by the association Atrakt Art, which also produces 3/4 magazine and is a co-founder of A4 — Space for Contemporary Culture.

In looking at the recent cultural history of Bratislava through its extinct cultural spaces, the project relies on the authentic testimonies of its creators and collaborators. In the present and recent past, we have witnessed the decline of many independent spaces that were of great importance in the artistic, cultural and social life of the city’s inhabitants.

The cover image is rather dark, pointing to the symbolic death of these places. In addition to the photographs and graphic design, this publication includes axonometric drawings of the various spaces. These were created from scratch by designer Braňo Matis, providing valuable data and lending an overview of the architectural typology of previous cultural centres. Most of the dimensions are accurate, being based on original floor plans. Obtaining data for the illustrations was enormously demanding, however. The graphic designers also had to work as journalists, or detectives, exercising a high level of deduction and improvisation. Some places weren’t accessible or had disappeared a long time ago, in which case the sketches were reconstructed from memory — as it was not possible to determine the exact dimensions, a dotted line indicates where it might have been slightly different in reality. This also applies to the appearance and layout of the furniture, perceived as symbolic rather than descriptive. Additionally, the occupants of the drawn spaces come from the pictorial font Hello, designed by Lukáš Čeman, so any resemblance to real persons is coincidental.

The experience of cultural creators often acts as a test of the effectiveness of local democracy, through what is actually achievable in practice. The visualisation of this data is crucial to future city development and research. Socialism, where culture and urbanism are centrally planned, was replaced by the constant struggle for the friendly face of the public space, which is collectively owned and in which everyone can play a specific role. This project describes and visualises these processes. A website, completed in 2018 to supplement the printed book, contains wider search possibilities as well as visualisations of the situation in Bratislava’s cultural scene according to the particular year, places and people that were active in those places. 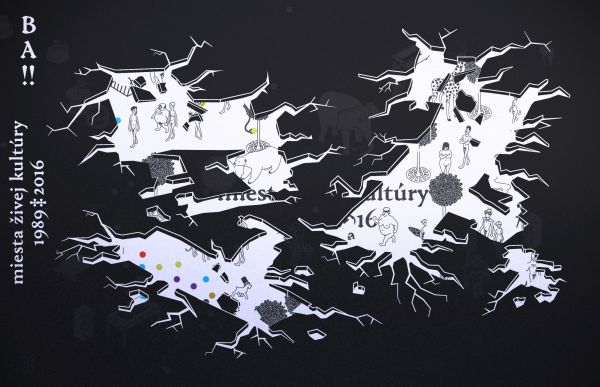 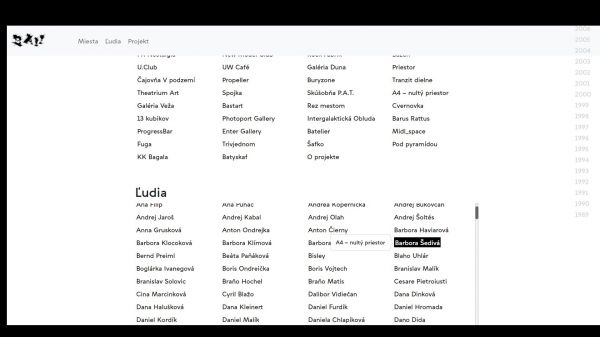 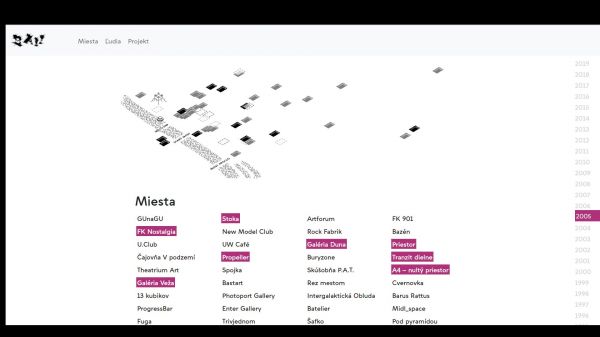 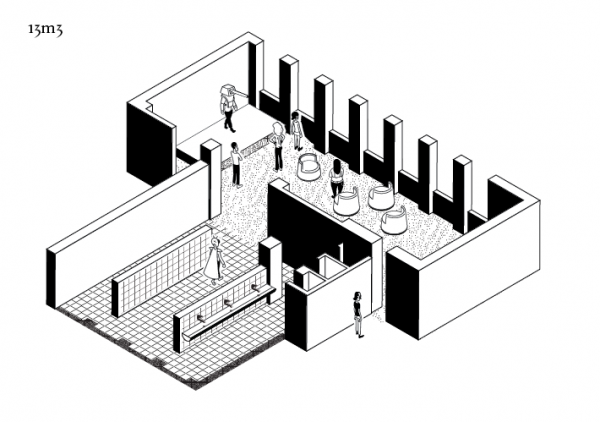 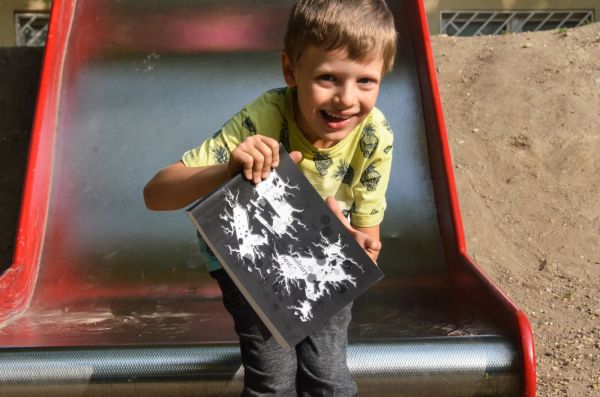 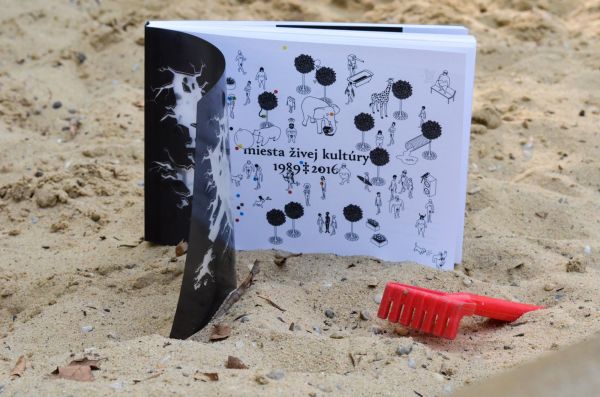 This is not just a guide, but visual reconstruction of lost history and visualisation of that part of culture that seems to not have space in this city anymore. Great to have this documented!