Hacking is part of a designer’s mindset

Hackers & Designers (H&D) is an Amsterdam-based initiative that brings together designers and hackers to develop a common vocabulary and collective design concepts. Through meet-ups and hands-on workshops, the platform connects hacker culture with critical making and critically deals with the topics such as web technologies, Peer 2 Peer networks, cryptocurrencies, typography, conditional design, printmaking, and simple hardware constructions.

As a term, critical making was initially used by Matt Ratto in 2008 to describe the combination of critical thinking with hands-on making—a kind of pedagogical practice that uses material engagements with technologies to open up and extend critical social reflection. In Ratto and Hoekema’s words, “critical making is an elision of two typically disconnected modes of engagement in the world—‘critical thinking,’ often considered as abstract, explicit, linguistically based, internal and cognitively individualistic; and ‘making,’ typically understood as material, tacit, embodied, external and community-oriented” [1]

H&D embrace this approach by radically reimagining the ways of collaboration and exploring collective design methods. The platform creates an environment of horizontality – where learning is perceived as mutual exchange and distinctions between the one who shares and the one who receives knowledge – users and makers - are blurred. The burden of designing with a specific intention is dissolved and leaves open space for undirected experimentation. The critical dimension is in allowing ourselves to behave in this playful way, seeing technical objects as nothing specific yet and exploring their unexpected uses (often far away from their initial use-cases). This is where this practice intersects with hacking - an intellectual challenge of creatively overcoming limitations of software systems (or any kind of technology) to achieve novel and creative outcomes.

Momentary Zine [2], one of many H&D projects, is an example of such a mindset. This interactive publishing installation uses custom software to create a printed zine. It consists of a microphone, a small thermal printer, simple bookbinding tools, and an Internet connection. The zine content is created solely by speaking into a microphone with a simple hack of the printer’s software. Thanks to speech to text technology, the spoken word translates to text. Simultaneously an algorithm runs an automated image search on Google or Imgur, querying the spoken words and adding the image results to the zine layout. The outcome is printed automatically. This way, the temporality and actuality of an event can be captured, printed, and distributed. By literally speaking up, the spoken word manifests itself in the printed output. 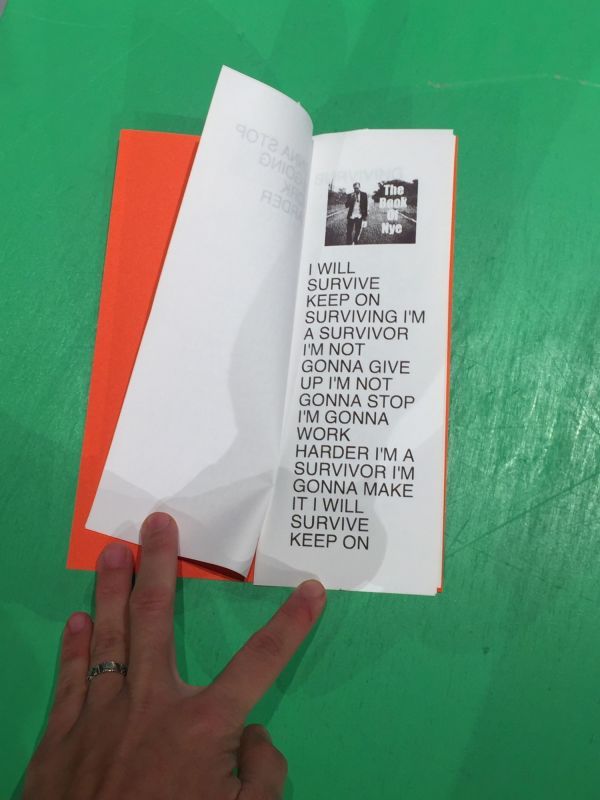 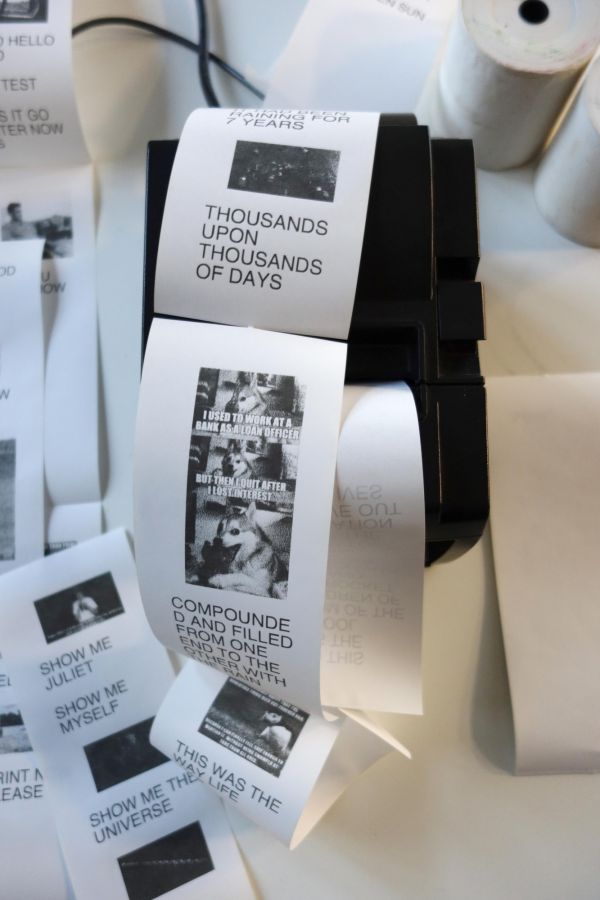 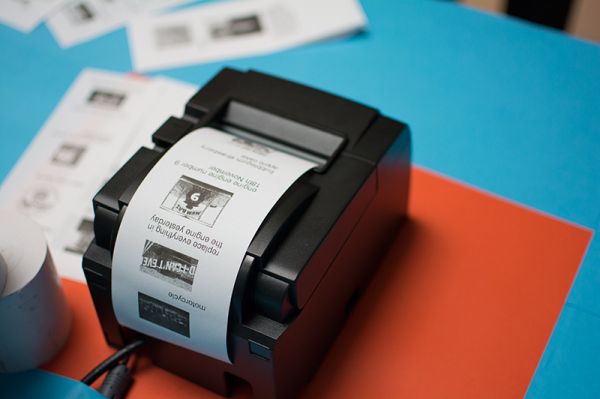 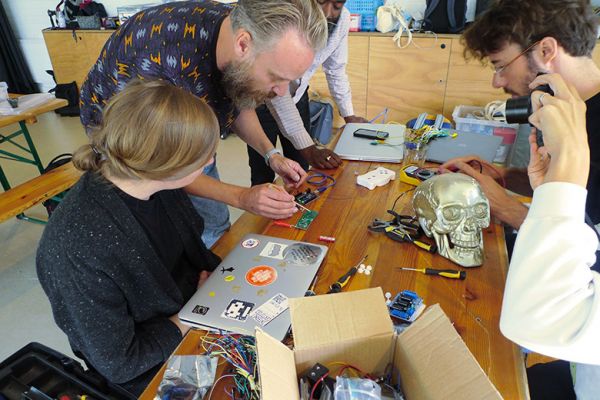 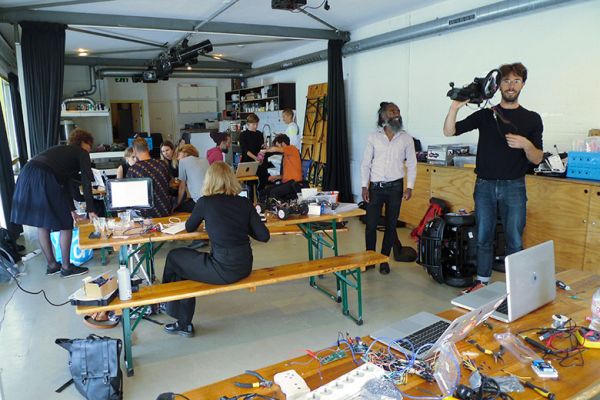