Provo movement was able to resonate in social and political circles

In 70s in Amsterdam artistic anarchist movement Provo was founded. Thismovement existed only for two years, but during that short time he was able to resonatein social and political circles. Provo has become known for its provocative anarchisthappenings. An essential part of the successfull happening, there had to be interventionof the police. In the first issue of Provo in 1965 they published their manifesto andinstructions on how to make a bomb from pineapple. The magazine was confiscated bythe police because of incitement to violence. Movement worked with rich visual materialwith which demonstrated the revolt, provocation, opposition to authority. They quicklyran into a problem with the press, so were forced to set up their own printing workshop.Rob Stolk, founder of Provo, used to say, "Freedom of the press is for those who own one."

The movement worked with unprecedented radicalism, which was not purposeless,though. Provo became very popular among citizens, which led to the fact that the citizensof Amsterdam voted them to the local council. Provo created a series of plans calledWhite plans to deal with problems of Amsterdam. These include the White Bicycle PlanWhite Kids Plan, White Victim Plan. They responded to the many themes of urbanism,cultural life, to air pollution, traffic jams, accidents, etc.

The plans, ideas and formal manifestation of Provo movement were veryprogressive, visionary and radical. What Provo achieved is evidently a good example howcommitted artists can mobilize public to action even to directly effect political attitude.All these thoughts lead to question the role of designers as advocates of change. Suchkind of movement must come from inner need of each artist-designer. Only if there areenough of them through the whole generation it is possible to create such intensive andmassive movement.

Even in the context of contemporary life in Slovakia the topic of politically andsocially committed art and design is continually actual. In each generation of designerswe could find individuals, whose work reacts to socio-political facts but there can be notalk of a movement. Maybe this generation of designers will be able to initiate realchanges in society, as it happened in Amsterdam. There are many public problems,waiting to be improved by designers themselves or influenced through their professionalactivities. 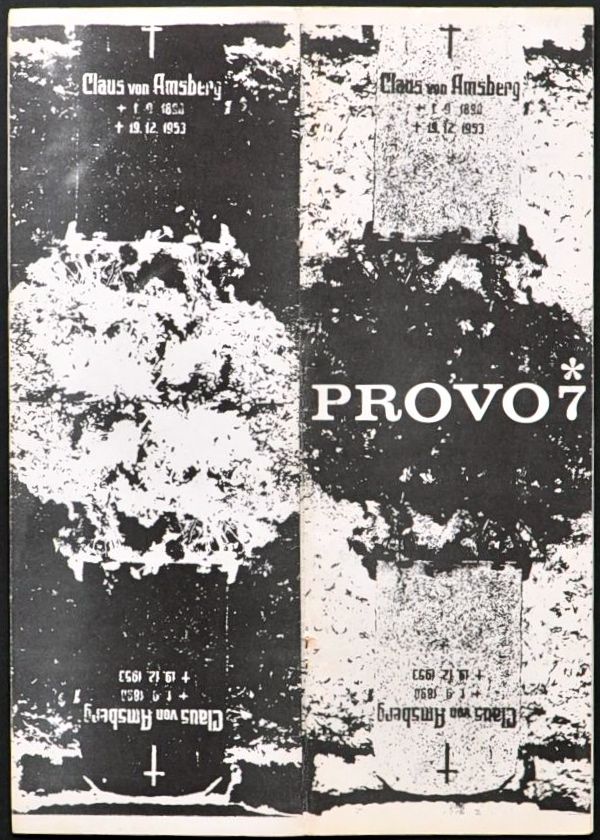 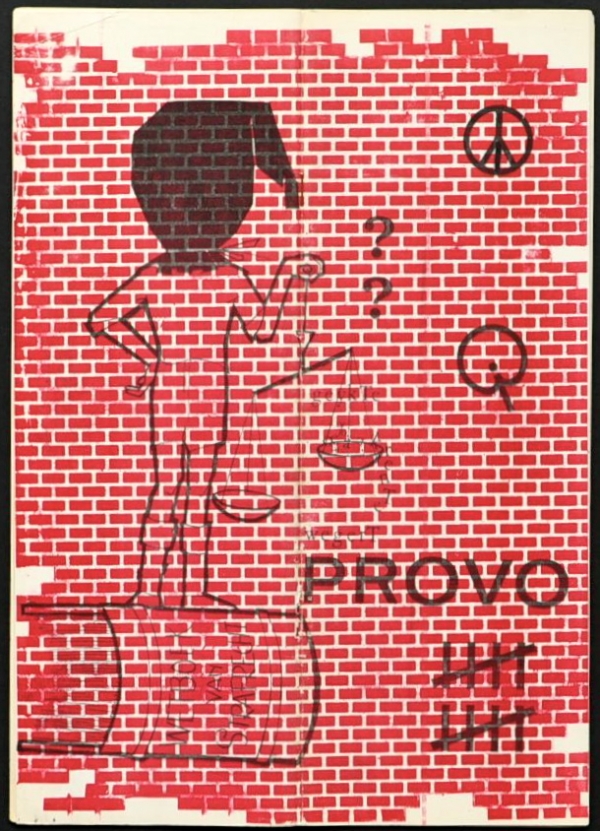 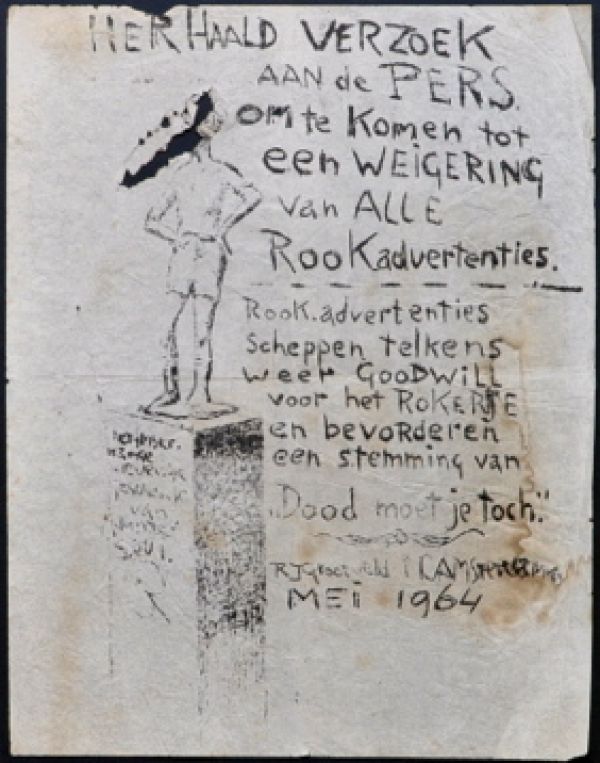 Repeated request to the press to come to a ban of all smoking adveritsements, May 1964 Hectographed One-sided 27.1 x 21.1 cm