Project    Speculative postcards from the future

Speculative time-travel as an alternative to architecture visualisation

These speculative postcards are depicting a new panorama of Bratislava in the year 2025 in its full glory and bright colours as we could see in the first architecture visualizations of the new city development. People say it is hard to imagine how the new district composed of various projects from different real-estate companies will look like – because there is no such visualisation or 3D model, that would offer a complete and transparent look on it. That is true – there is not. One of the developer companies released a virtual reality model, but the model is depicting only part of the whole development, and it is not open. Without objective and transparent 3D / VR model of the city, only what we can do at the moment is to use our imagination to compose the future image in our minds, or frankly, travel to the future.

I've sent the postcards to several friends and institutions abroad and invited them to come and experience the new spectacular future on their own. Because it’s beyond words, beyond any imagination.
If you’d like to receive such postcard, email me at lenka [at] hamosova.com

This project is part of the visual research, which is analysing visual language and strategies of Bratislava’s real-estate developer companies, specifically connected to the controversial development of the new city centre dubbed "Manhattan" or "Downtown". Different real estate companies are building multiple projects on a relatively small site, what causes concerns about the density of population, traffic load and last but not least gentrification of the new and neighbouring districts. A lot has been written and said about this radical development and its consequences. However, there was not enough space for a proper public and professional discussion, as it seems the private interests are overshadowing the fact that the development of such scale and importance should include general public in the process as well. I am not here to judge the quality of architecture, nor to evaluate the urban planning. The project points out the unrealistic nature of architecture visualisations and deceiving PR strategies, based on which the developer companies are generating public consent with their projects.

By creating "hyper-unrealistic" speculative collages, I want to shed light on the thin line between widely acceptable manipulative nature of advertising and the moral duty to use transparent visual communication to inform public about private development plans in the city. 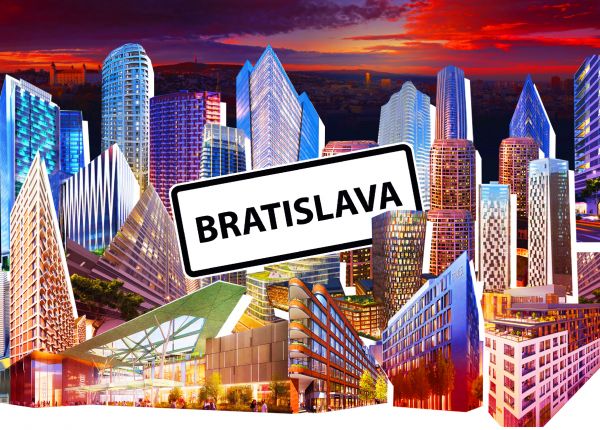 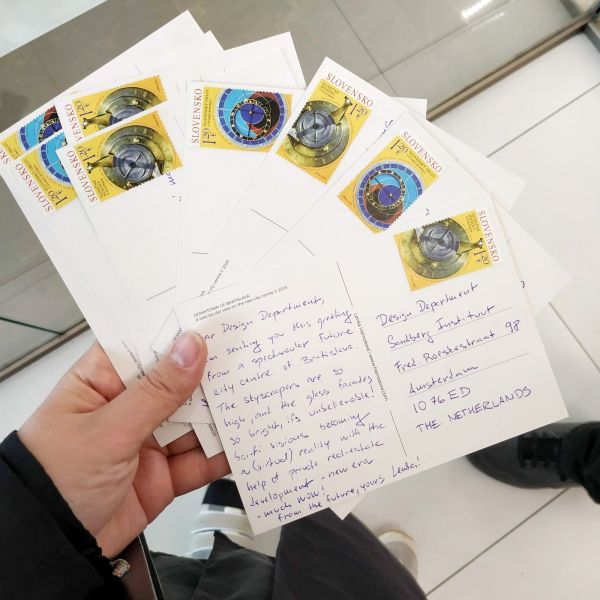 at the post office, sending the greetings from the future - year 2025 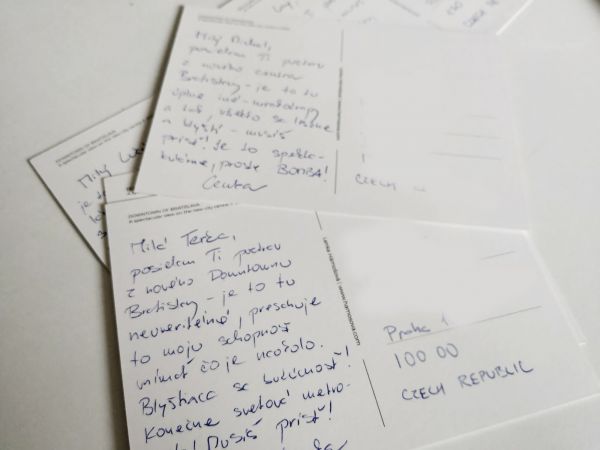 writing of the greetings from the future - year 2025 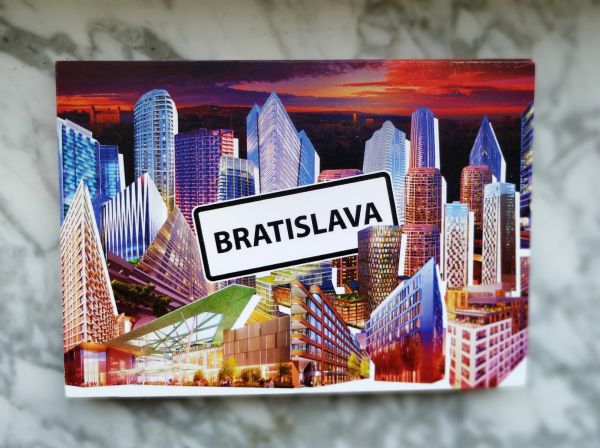