Let’s think about our Christmas waste

Translated from Slovak, this book is entitled The Consumable Tree Dwells. Into the Social Ritual of Discarded Christmas Trees. It analyses a phenomenon that appears in the streets of Slovakia (and surely all other so-called Christian countries) every year — after the New Year celebrations are over, rubbish bins fill with Christmas trees, which in this context can be understood as consumer goods. Along with these discarded trees, the sacral atmosphere of Christmas disappears and a melancholic image is created, free of the emotional charge with which Christmas is oversaturated.

Looking at the wasted trees becomes a forced social ritual that seems absurd without the context of previous events. We tend to forget that there are also large numbers of inhabitants on this planet with different lifestyles and religions. The Christmas poems in the book that accompany the photographs of discarded trees have a similar function to the trees themselves. They all contain the word ‘tree’ or its synonyms. Deleting them is supposed to exacerbate the loss of meaning of the whole poem, just like the gesture of a thrownaway tree reflects the loss of the Christmas atmosphere. The font Volte BOLD was chosen for the lyrics, which fits into the whole concept thanks to its minimalist yet strong style.

The book itself is made using strictly environmentally-friendly materials and traditional techniques, including bookbinding. The material side of the project also contributes to the message as such. It is housed in an envelope made of raw cardboard, with a print of a photograph and a Christmas poem in which tree-related words are engraved.

The yellow colour of the cover text was chosen due to its non-association with Christmas, as was the transfer paper, Yellow Creative Board (270 g/m2), and the thread used to stitch the binding. The book contains 56 pages in A4 format, which are printed on SH Recycling paper (140 g/m2). Digital printing on this type of paper created a subtle randomness that affects the quality of the photographs, which was the author’s intention. This small incomprehensibility amplifies its meaning. The book is wrapped in the same kind of plastic netting used to wrap Christmas trees.

The photography and concept are by Lukáš Procházka, who collaborated with graphic designer Dušan Chmeliar, to co-author the product. Paradoxically, the tree, a symbol of nature, has also become a symbol of waste and consumerism. This very paradox is what holds the project together. Well articulated in terms of form and material, the book conveys a serious Christmas message — namely, to stay sane and planet-friendly! 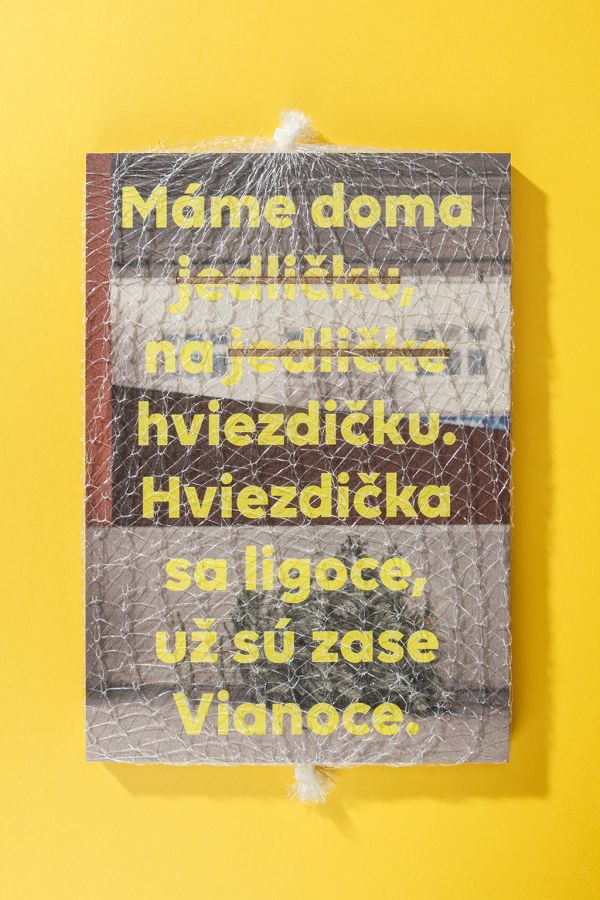 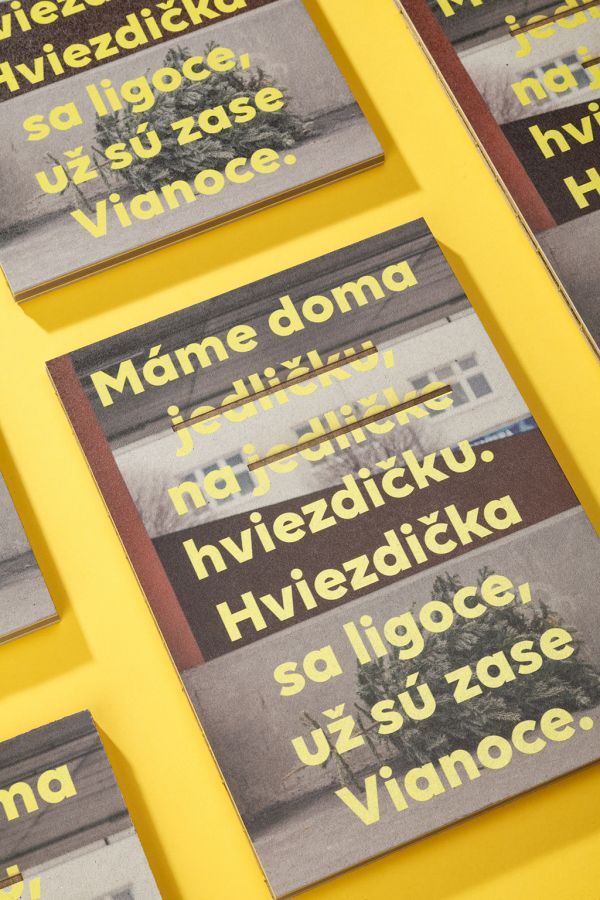 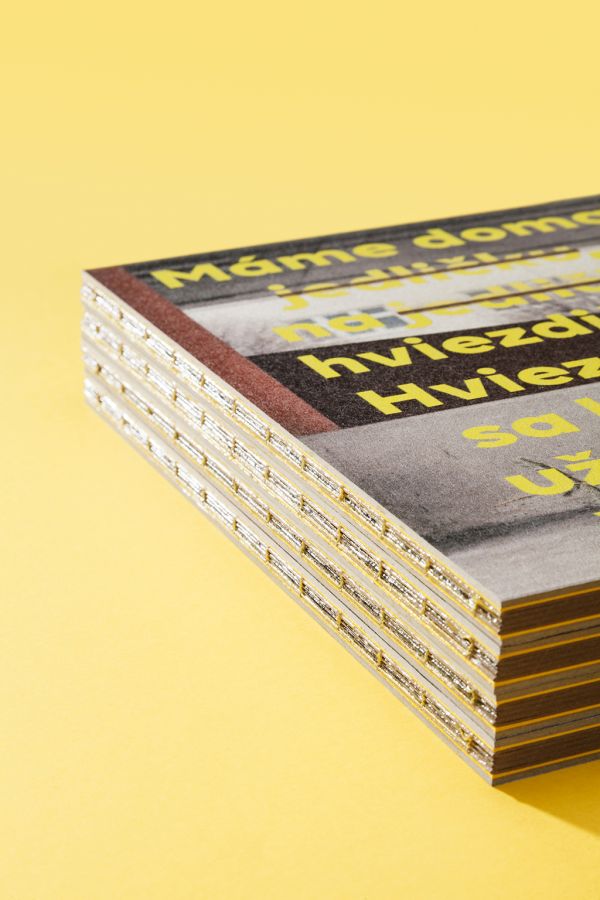 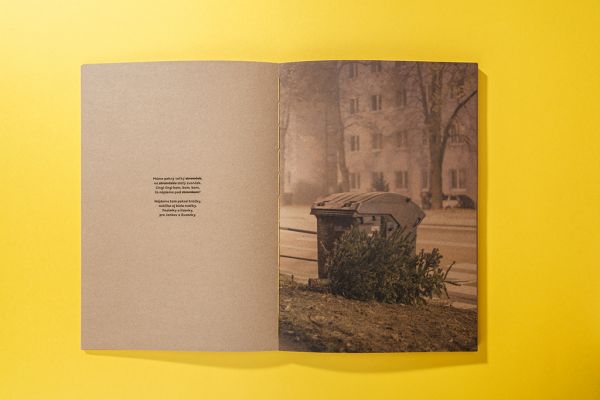 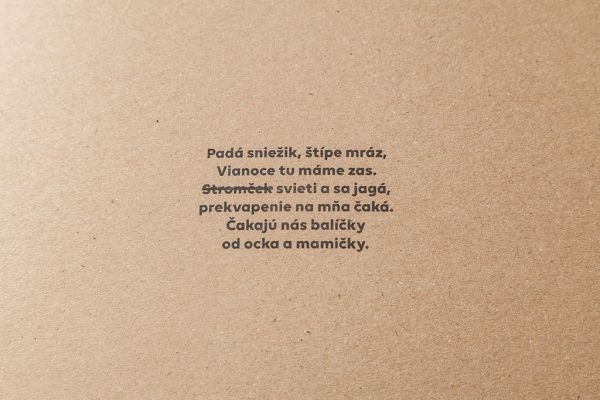 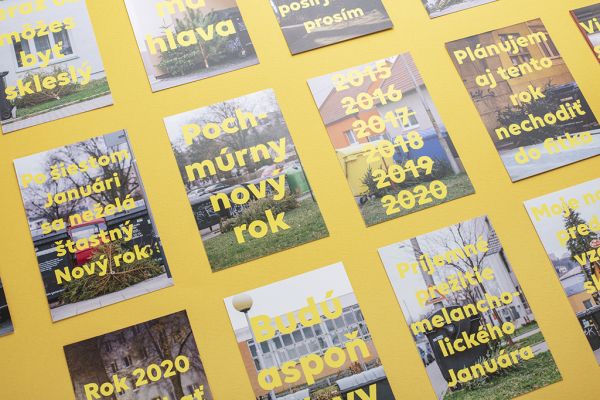