A map is always a design with a message

A schematic map of the Slovak railways has been created by Ondrej Jób in a modernist style. It references the New York subway system designed by Massimo Vignelli in 1972. Containing the complete Slovak railway network, the map was published by the civic association Čierne Diery [Black Holes]. It includes non-functioning rail tracks, all junctions and stops, important rivers, names of regions, and illustrations of 20 architectural railroad monuments.

All maps carry a certain message. A map is a form of data visualisation and is never an autonomous, 100% objective piece of information. Famous for being one of the oldest schematic transport maps is that of the London Underground (known colloquially as “the tube”), designed by Harry Beck in 1931. Beck deviated from making a geographically accurate diagram due to the limits it imposed regarding visual clarity. Devised as a simplified map with straight-line segments connecting the stations and including an indication of the River Thames, the graphic lines run only vertically, horizontally, or at 45°. People are now used to this kind of graphic representation of otherwise very complicated and complex networks.

Ondrej Jób did an impressive job of unifying and arranging the maze of the Slovak railway system to reach a clean and simple diagram. This map is suitable not only for wayfinding but also as a guide for studying the dynamics of traffic development throughout history. We can discover the obsolete tracks and find out about architectural monuments in the accompanying texts.

The selection of these landmarks shows a certain traffic nostalgia, when — back in the day — being an employee of the railway company was a highly respected job. Railways are symbols of technical progress, of the victory of mankind in conquering the land, of exploring, adventuring, etc. This new Slovak map may just become a symbolic collector’s artefact. 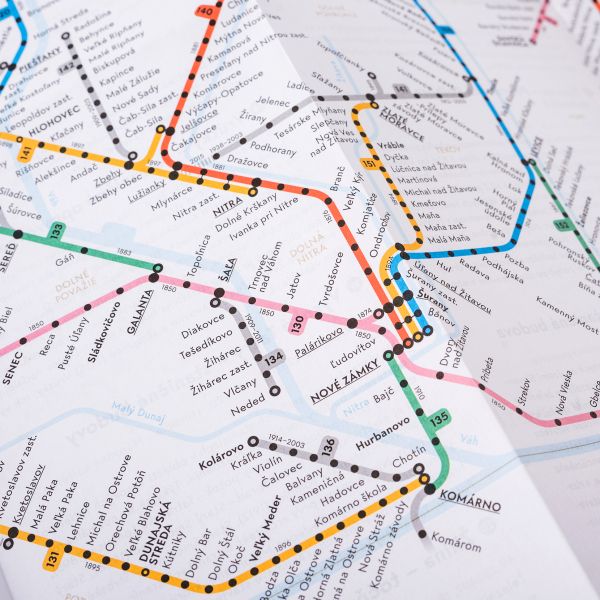 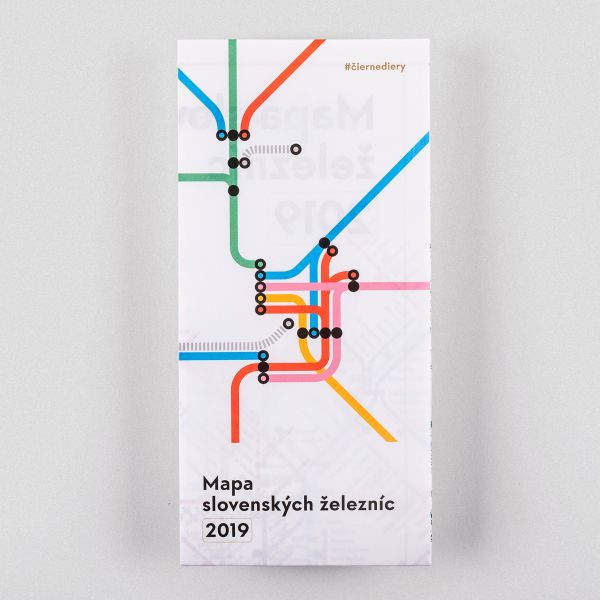 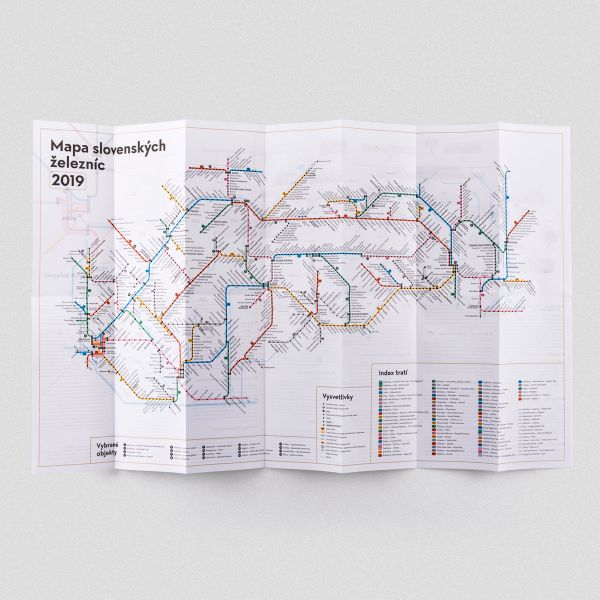 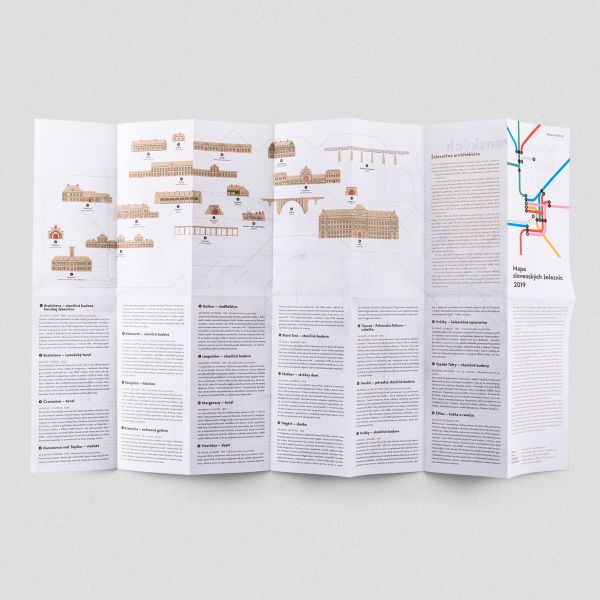 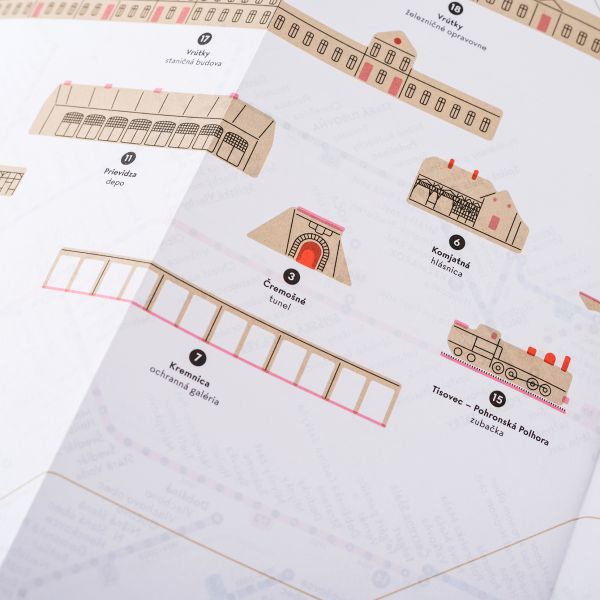 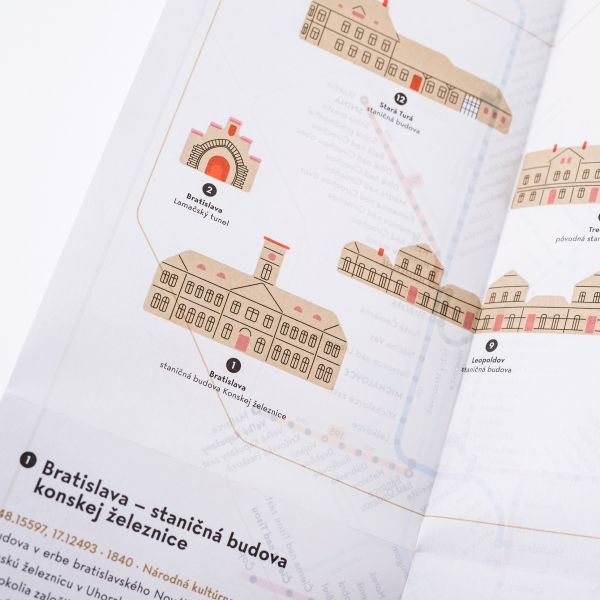 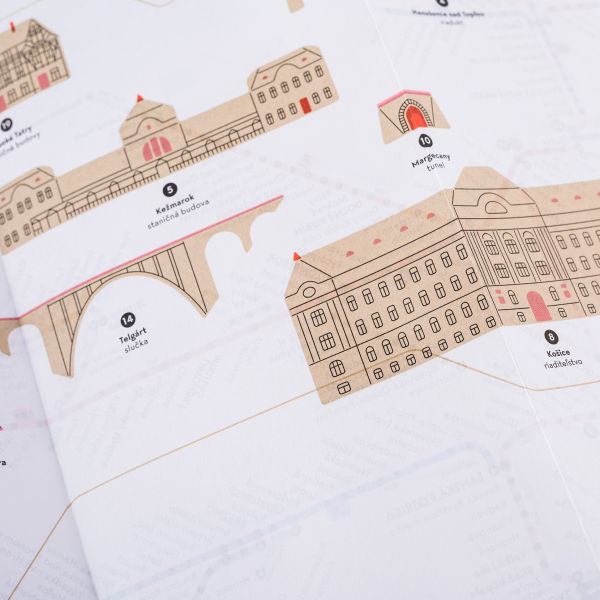 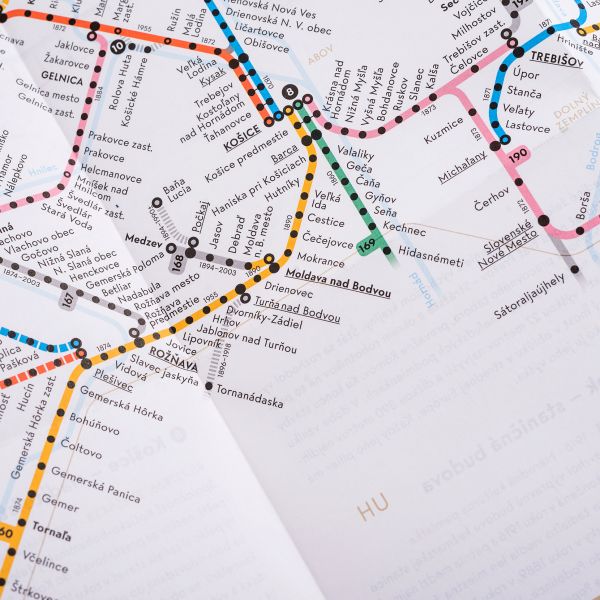 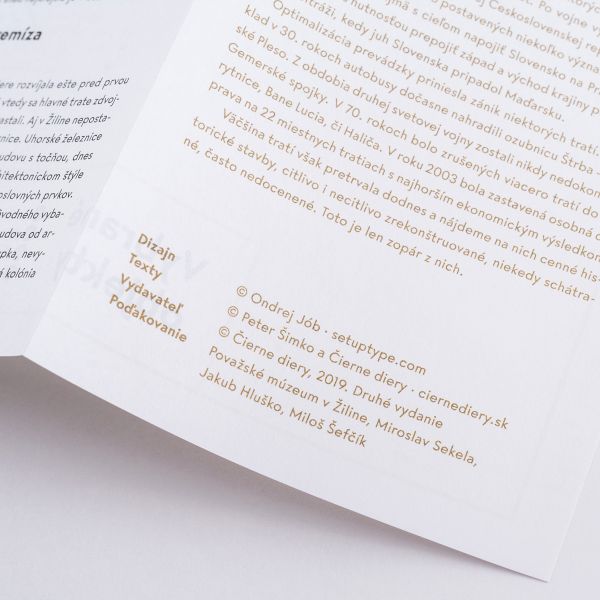 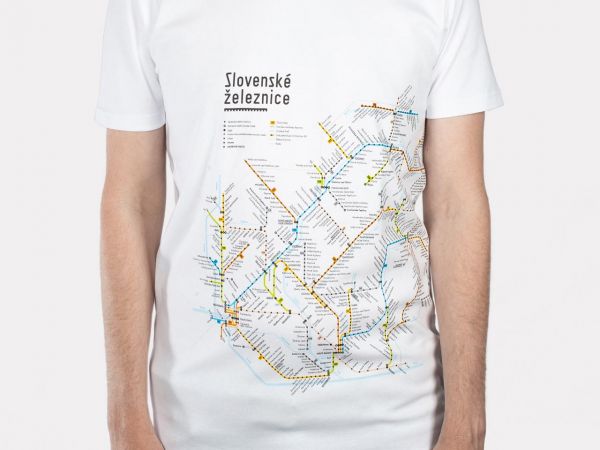