Don’t be scared of the monsters, make fun of them

Martin Šútovec (b. 1973), also known as Shooty, is Slovak caricaturist, illustrator and graphic designer. He studied at high school of graphic design in Bratislava (1987-1991) and Academy of Fine Arts and Design in Bratislava (1992-1998). From 2002 to 2014 he worked in Slovak daily newspaper SME as a caricaturist and since 2015 he works in newspaper Denník N. He won several journalist’s prizes for his cartoons and had published several books with selection of caricatures.

During his studies at the Academy of Fine Arts and Design in Bratislava he was a student of the design researcher and professor Ľubomír Longauer (b. 1948). This studies influenced his professional and personal life the most, because Ľubomír Longauer highly supported all students in expressing their opinion by giving them artistic freedom.

A good example of his critical practice is book called Baestarium. This book was written and designed by him in 1996 as a bachelor’s work. As the title says, the book is about monsters (beštia is monster in Slovak) and created in form of encyclopedia.

The whole concept including content, typography, layout, format and realization of this book was invented by Shooty. It wasn’t about well-known mythological or fairy creatures, but about Shooty’s completely-imagined monsters with funny names following the Slovak alphabet. He illustrated these fictional monsters and write short (also funny) esseys about them. The creatures like Hovado ozrutné, Xicht, Mumák hlúpy or Qwiwik are not just funny, but they also represent the worst human characters. Therefore this book is a great proof of Shooty’s great creative skills and sense of humor.

This book was published in a small amount (just for personal and school use) and it won a price called The most beautiful books of Slovakia (Najkrajšie knihy Slovenska) in 1997.

Baestarium (and many other works of Ľubomír Longauer’s students) is unique high-quality graphic design piece with deep critical approach with big sense of humor. In the time of the 90s, when Slovak graphic design had not such good qualities and designers no self-confidence, was this authorial book a real rarity. 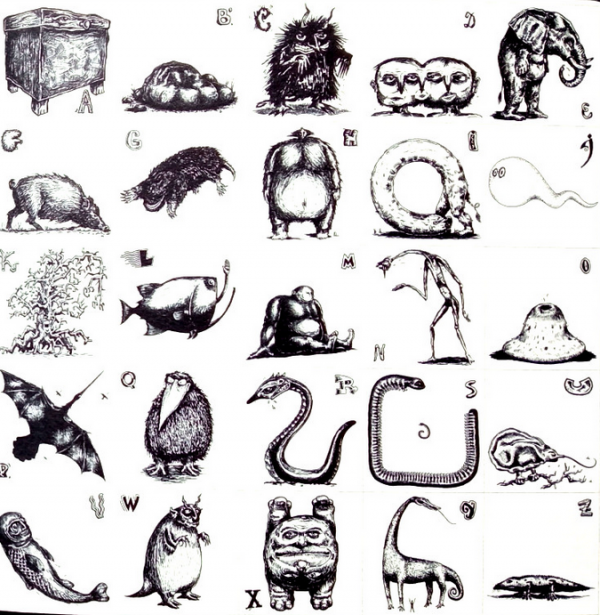 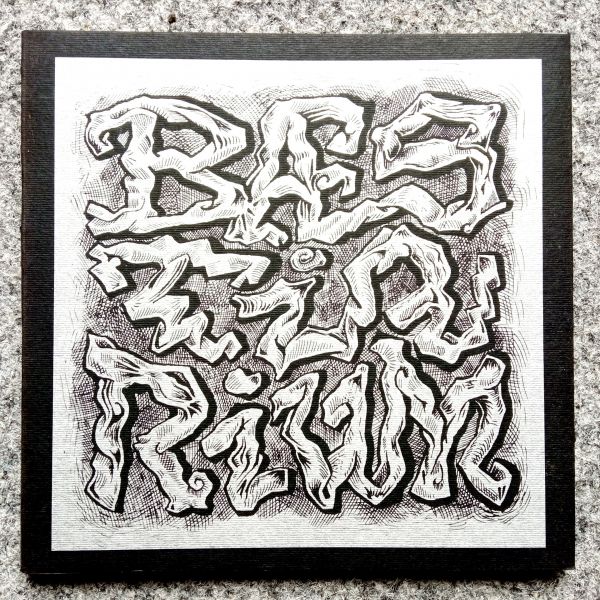 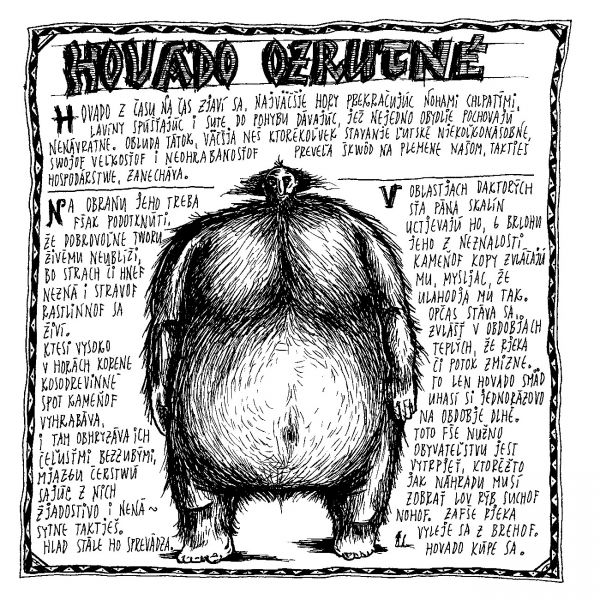 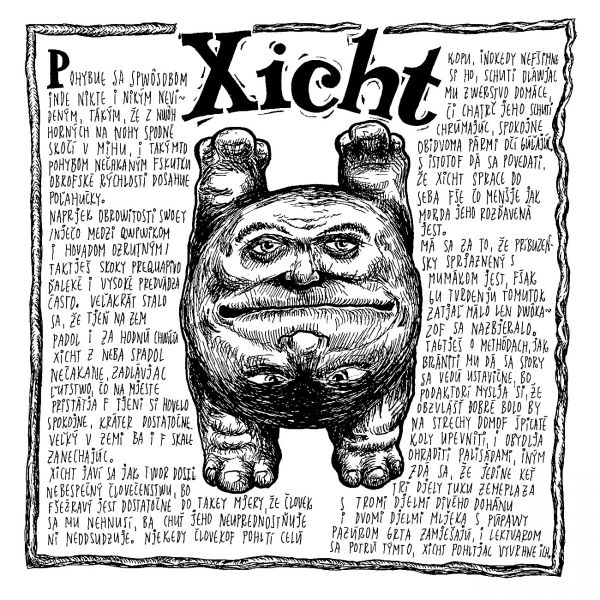 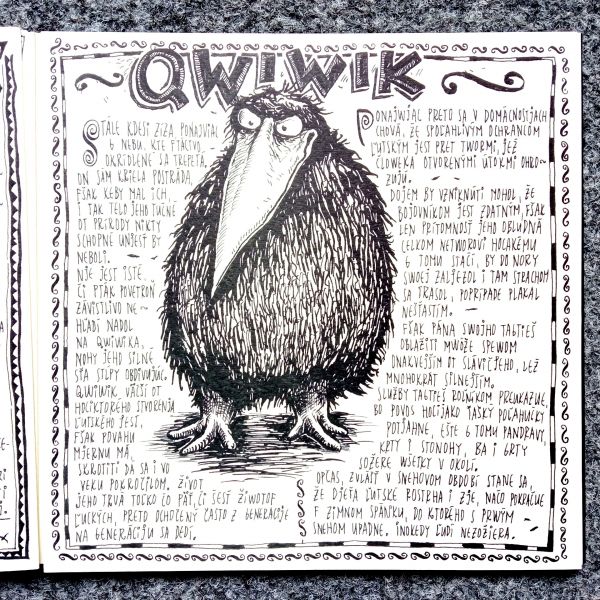 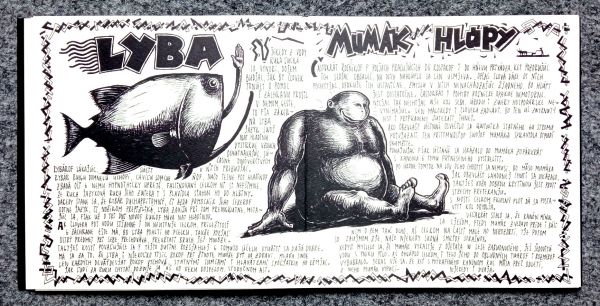 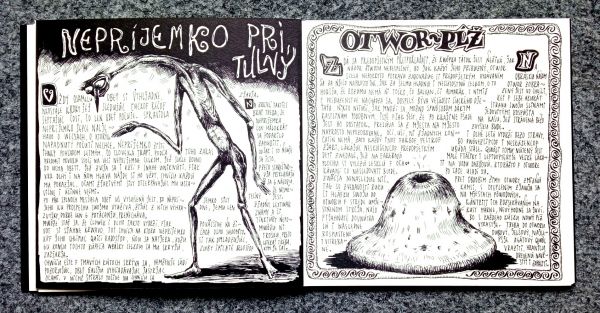 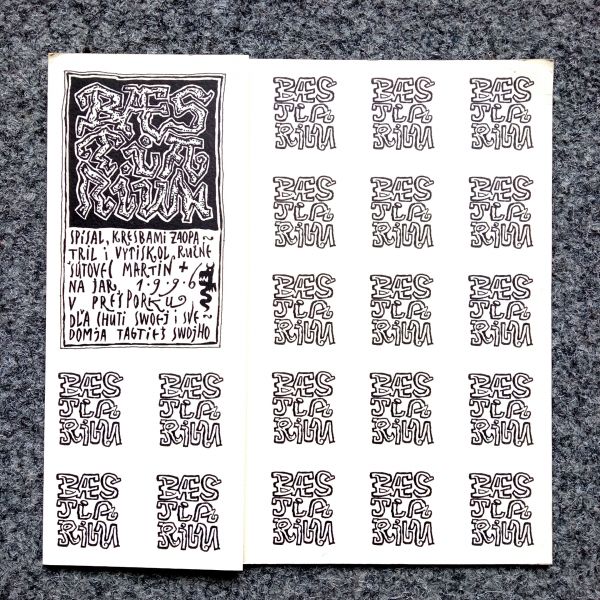