COVID-19 can cancel the events but not good design

Parallel-Parallel is a project of two graphic designers, Dorothee Dähler and Yeliz Secerli. It is an online open platform, which was created as a response to the impact of COVID-19 restrictions on graphic designers' lives. It creates a space, a parallel world, where designers can showcase their works, that have been postponed indefinitely or totally cancelled due to the restrictions.

The authors' motivation to create this platform was from a personal experience. Yeliz Secerli is a director of design at the Jewish Museum in New York and was preparing an exhibition opening right when the lockdown started. Dorothee Dähler is a freelance graphic designer in Switzerland, but had a similar experience. She has just finished posters for two exhibitions, when the restrictions hit and both events have been postponed indefinitely.

They have realised many other designers found themselves in a similar situation, losing work and throwing hours of creative hard work into trash. This experience brought them together as an online community and Parallel-Parallel came to life.

Although it started as a kind of an online gallery, it has the potential to evolve far beyond that – to try to solve the new challenges designers are now facing. This pandemic has changed graphic design for sure and will continue to affect designers' work even when we are "back to normal". Eventually, this collection could become a time capsule to observe the changes in graphic design caused by COVID-19.

The Parallel-Parallel team has already started to collect the physical formats of the projects that have been released and they hope to create a physical exhibition. The projects that have not been released will be produced in a different way. The authors believe "this will create tension and underline the condition in which these works were stopped". With this approach they would like to "question the functionality of graphic design. When does it become an official work? Is it when it is seen by people or when it moves them to act? Could graphic design be functional in its unproduced state?"

The website's visual is very minimalistic. Parallelism is visualised directly, through doubled screen with a doubled cursor. Both sides are identical and scroll collectively.

As the authors stated, they are planning to invite writers, critics, thinkers and artists to reflect on this collection, but also "publish texts or facsimiles on subjects, such as paranoia, panic, pandemic, truth/reality versus fake news/alternative facts, the power of graphic design and visual culture and their ability to create a parallel reality." I think aside of the curated texts, a great addition would be creating a place for discussion, which every visitor of the website, designer or non-designer, could become a part of. 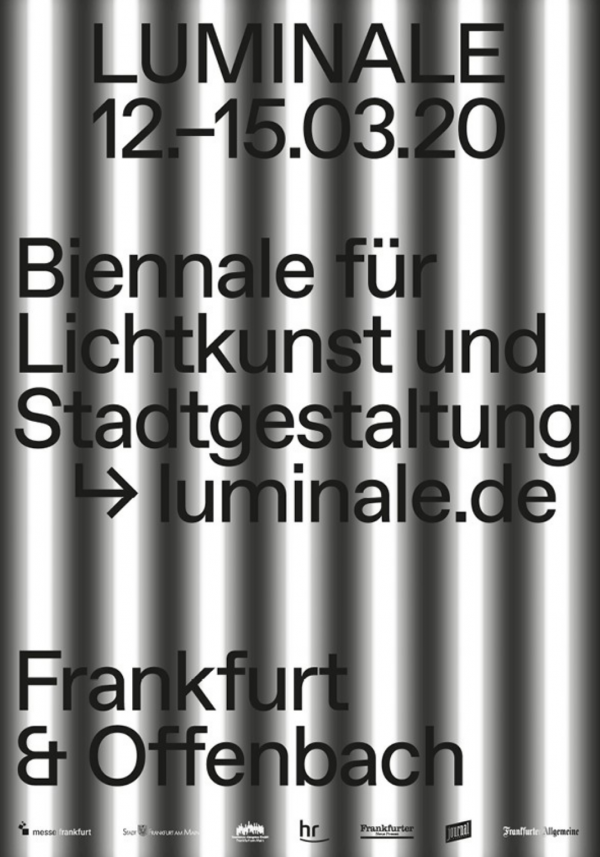 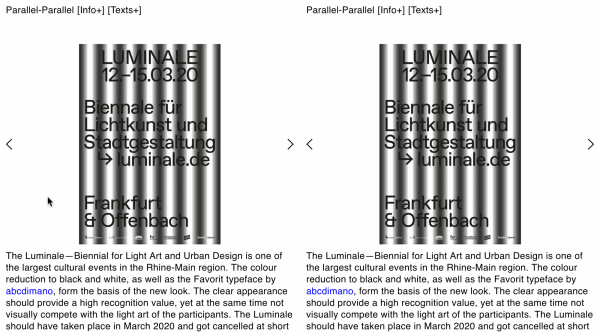 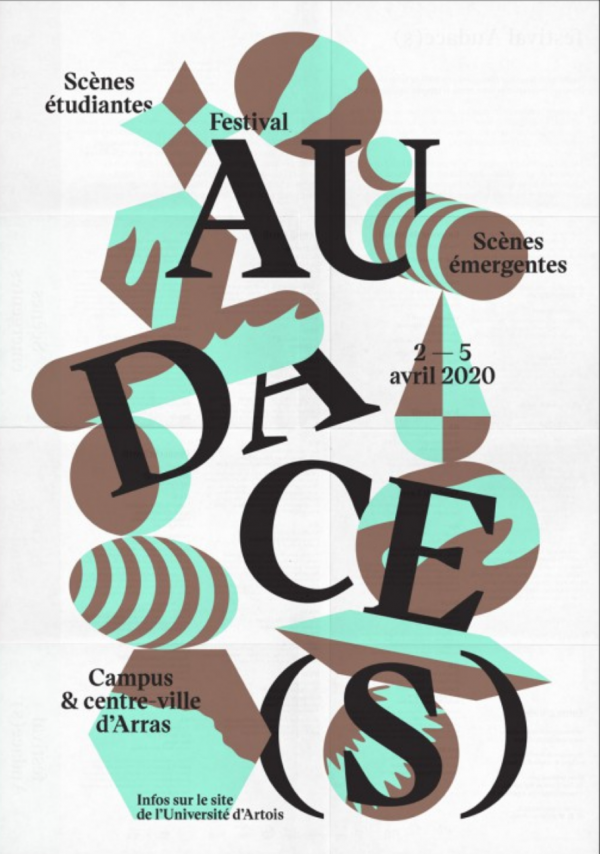 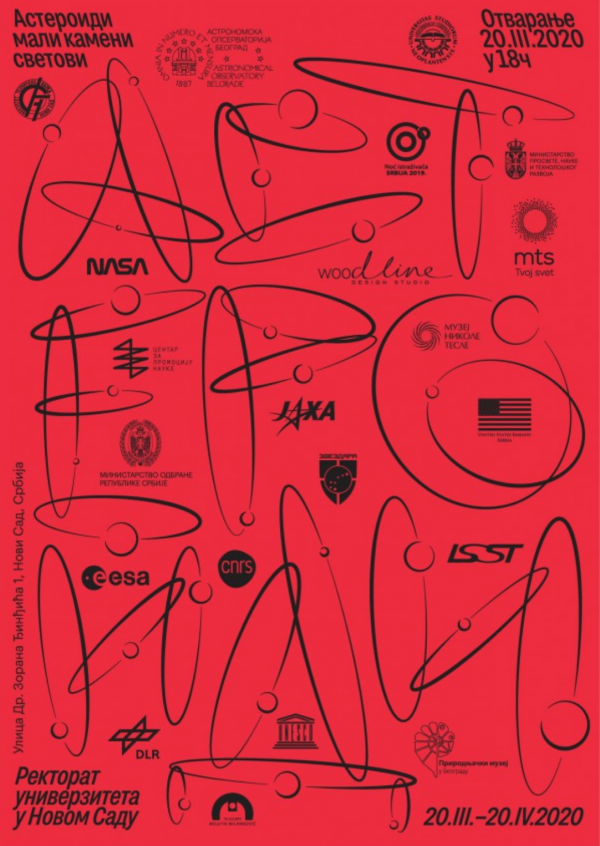 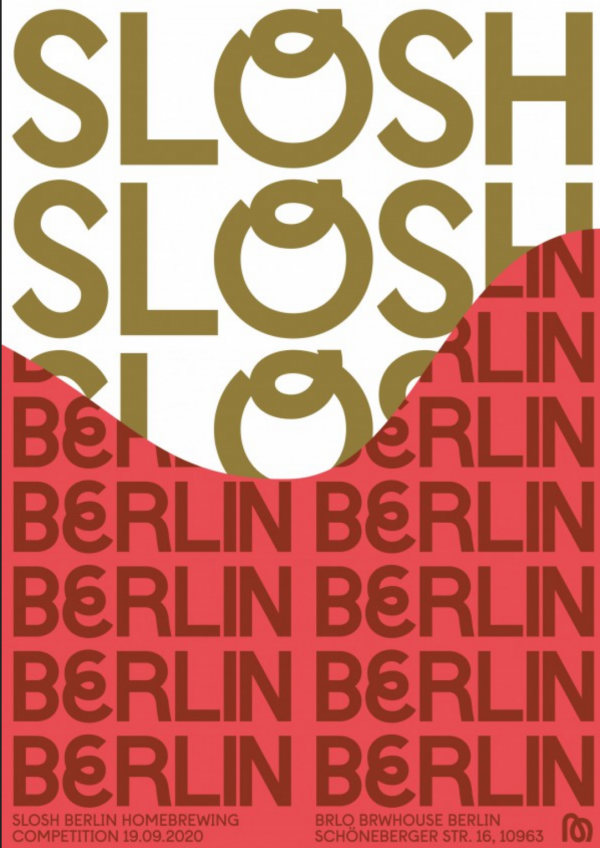 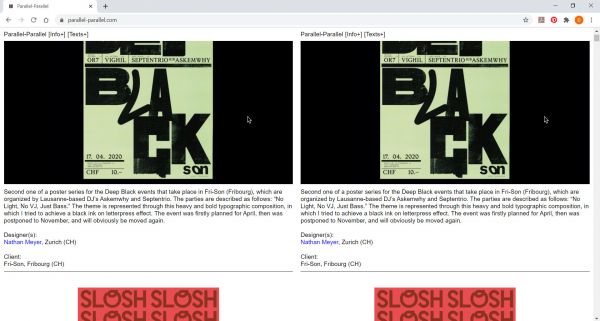 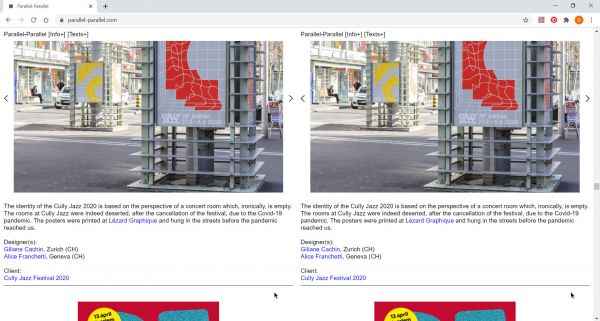 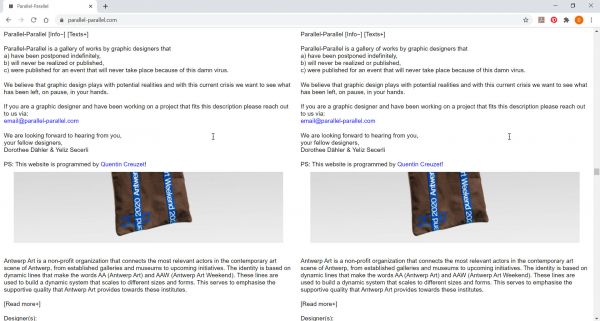