Project    Anatomy of an AI System

What is the true cost of an AI system? Anatomy of an AI System - a collaboration between researcher Kate Crawford and designer Vladan Joler seeks to answer this complicated question.

Vladan Joler is a graphic designer, researcher, artist and professor based in Serbia. He is leading SHARE Lab, a research and data investigation lab for exploring different technical and social aspects of algorithmic transparency, digital labour exploitation, invisible infrastructures, black boxes, and many other contemporary phenomena on the intersection between technology and society.

His expertise is quite specific, that’s maybe a reason why he together with Kate Crawford chose to reflect artificial intelligence – the phenomenon where technology overlaps with human behavior. The project contains two parts: the huge infographic and an essay that explains the main points and contexts. Both parts of this project are displayed on https://anatomyof.ai/.

To tell their story and spread their message they have chosen a single unit of Amazon Echo device. Their project follows the visual description of its birth, life and death. They claim that the impact is significant not only on our ecosystem, but also world politics and social status. The extensive infographic visualizes the extracting of three central resources - the non-renewable materials (such as rare metals used in electronics), human labor and data.

Joler and Crawford explain that the new infinite horizon is the data extraction, machine learning, and reorganizing information through ai systems of combined human and machinic processing. They found out that the territories are dominated by a few global mega-companies, which are creating new infrastructures and mechanisms for the accumulation of capital and exploitation of human and planetary resources.

Another problem which they are touching on is the human labour. In the essay, they mention Amazon’s digital workshop called Mechanical Turk (named after the  famous chess playing machine that instead of being actual motorized robot utilized hidden chess master). The Amazon’s Mechanical Turk was created after the failure of artificial intelligence program that failed in the task of finding duplicate product pages on its retail website. The Mechanical Turk is a driven by remote and poorly paid clickworker workforce, that helps a client achieve their business objectives.

I have to be honest, to me, the most valuable is the criticism of AI that goes beyond the general stereotypical paranoia of AI taking over the world.

The infographic seems daunting at first, there is so much data and facts that it becomes hard to make heads and tails of. But after reading through the essay and following the visual map, all points of the criticism start to fit. The entire scale of the Amazon Echo system seems almost beyond human imagining. By utilizing the visual map, we can begin to see it in its entire form, we can finally grasp its immensity, complexity and its impact.

P
Anatomy of an AI System
M
We should think about the politics that are embedded into AI systems
I
Artificial Intelligence
C
Technology
D
Kate Crawford, Vladan Joler
B
Miroslava Bullová
W
anatomyof.ai
T
02–11–2020   07–09–2018 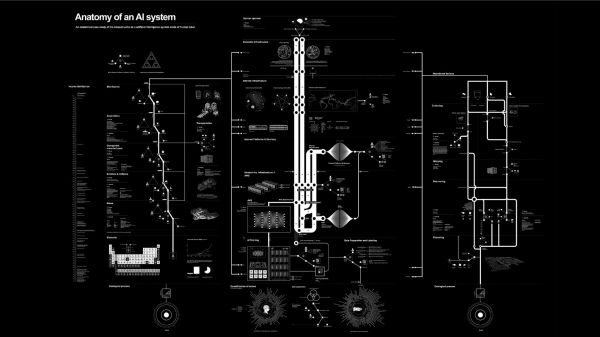 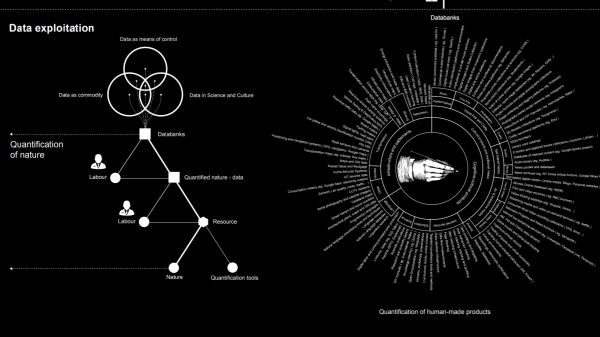 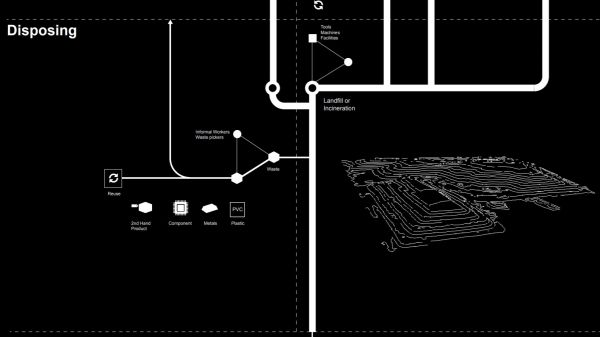 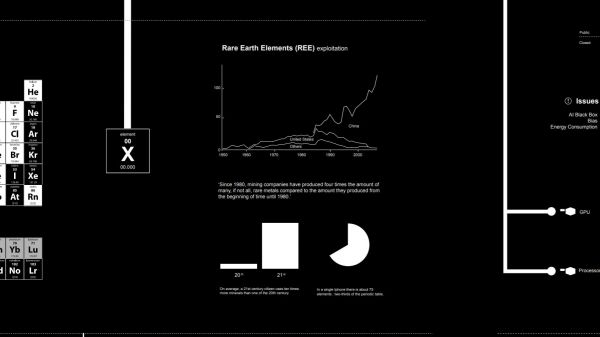 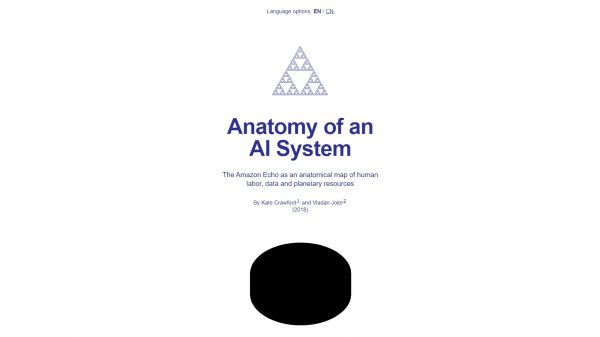 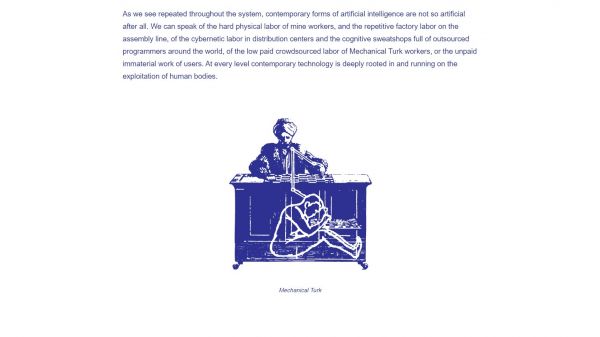