Climate change is the biggest challenge of the present

Second issue of the local Bratislava festival named Nasuti (freely translated as “on the debris”), took place at the creative and cultural centre Nova Cvernovka. The program consisted of both artistic creations (installations, performances) and an educational sessions (lectures, discussions, workshops, close-reading groups).

The festival aimed to raise public awareness of the climate change. The uniqueness of the event was in its site-specific and authentic nature. After the topic of waste and waste management the theme of the events concentrated on wider interdisciplinary issues.

The international group exhibition Dancing on the Ruins focused on the topic of climate change and the related climate crisis, which is the biggest challenge of the present. It is becoming increasingly evident that continuing in the current way of life leads to the destruction of the planet and to endangering the survival of humanity. Quick action is required to halt this threat. It is a challenge concerting us both as individuals and as a society. Preservation of life on Earth requires systematic changes in all human areas and activities: in energy production, food production, waste management, transport or housing, changes in legislation, and the financial system.

The exhibition was a celebration of these changes. A new society is emerging in ruins and rubble of these changes. The collapse of a dysfunctional system provides room for new ideas and solutions. The solutions are based on the ethical relationship of man to nature. In this process, art’s task is symbolic: to inspire, ask questions, but also experiment with answers. And also to remind that activity is the best remedy for negativity.

Graphic design was an integral part of the festival’s concept and was created “in-house”. Nova Cvernovka-based graphic designer Braňo Matis used circular motif of texts that was directly corresponding with the cover photo. The model is "wearing" cut-out paper texts that were produced from recycled posters. The circle may also refer to circular economy - which should however not be just a greener alternative to more and more production. The goal of this festival and all its components is to push the thinking towards responsible art and life. 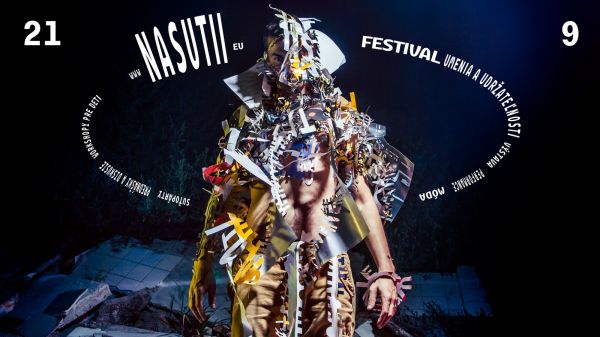 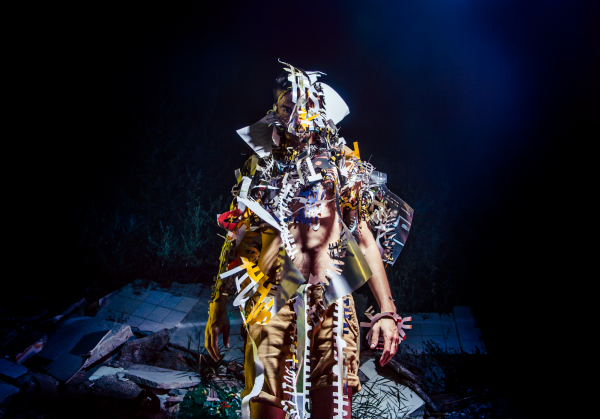 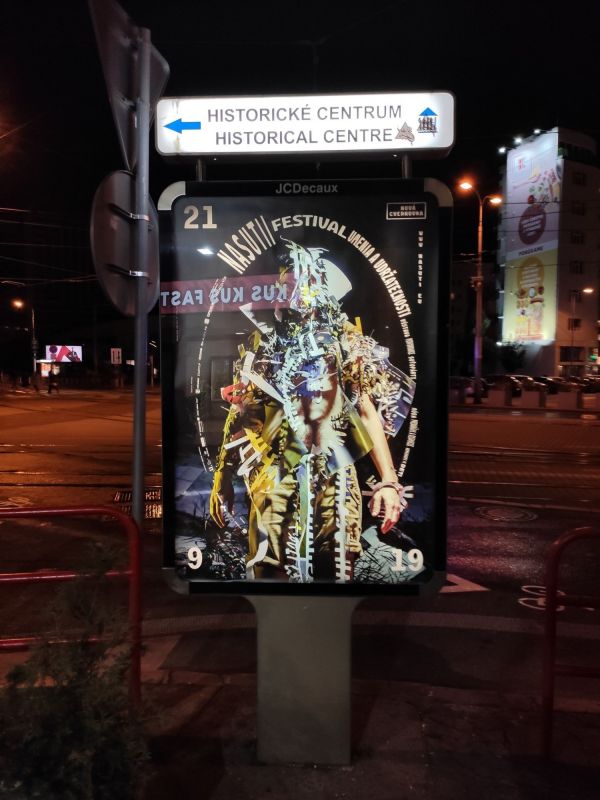 Poster in the city 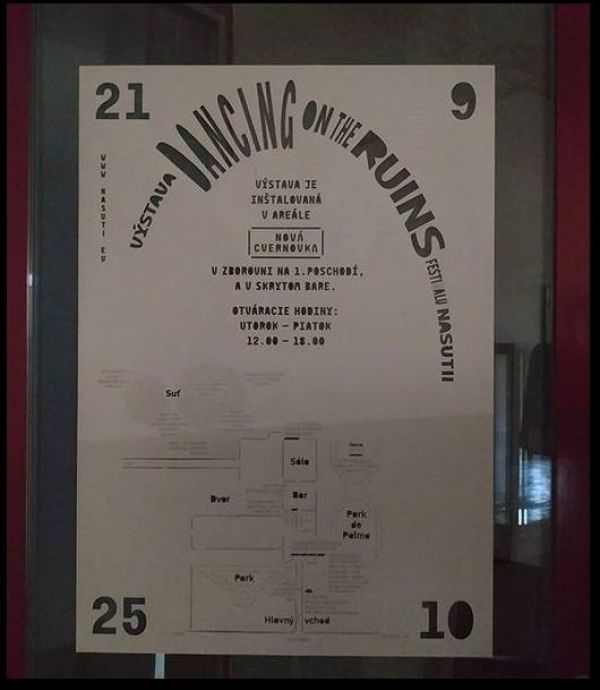 Info about the exhibition with the plan of site specific interventions