Project    Shut up! Voice of democracy in danger

Hana Hudak   162   312cm
In February 2018 the whole Slovakia was shaken by the murder of Slovak investigative journalist Jan Kuciak and his fiancée Martina Kusnirova. It was the first targeted killing of a reporter in the country’s history. Kuciak (aged 27) had been investigating alleged political corruption that was linked to Italian organized crime. The killing initiated massive demonstrations in the capital of Slovakia, Bratislava and many other cities joined in demonstrations afterwards.

Slovak advertising agency Respect APP asked designers from around the world to reflect on this terrible thing and create a posters with the theme – Shut up! Voice of democracy in danger.

In the middle of March creative director of the agency Lenka Slovak Bonova, created a group that was early on joined by over 500 designers and they were to submit their posters by the end of April. They recieved over 380 entries from around the globe. Designers from Slovakia, China, USA, Japan, Russia, Chile, Iran, Mexico, Portugal, Canada, Switzerland or Tourkey joined in. The whole project was created by Mykola Kovalenko who was also the currator of exhibitions.

The agency chose the best 100  posters to use at the travelling exhibition and plans to create a catalogue of these posters. Exhibition was shown at the Divadlo Andrea Bagara, also at the Jan Koniarek Gallery in Trnava. At each of these places there were various posters on show.

Exhibition aimed to reacts to the murder of Jan Kuciak, Slovak investigative journalist. In these posters designers critiqued and reacted against the violence and the way society deals with it. Even though each poster has different professional designer or artist with different culture background, viewer can see similarities in the chosen visual elements. Symbols like pen, arrow, target, bullseye, microphone are universal and shown in many variations of these posters thought designers of various nationalites and races. These are symbols of freedom and fight against the violence.

Eventhough some might argue these depictions are cliche and overdone, they are still working and have a huge impact on viewers. These visual „shortcuts“ explain and raise attention to subject. Exhibition was touring and brought many people in to the galleries and theatre where it was shown. It also raised awareness and was covered by media. 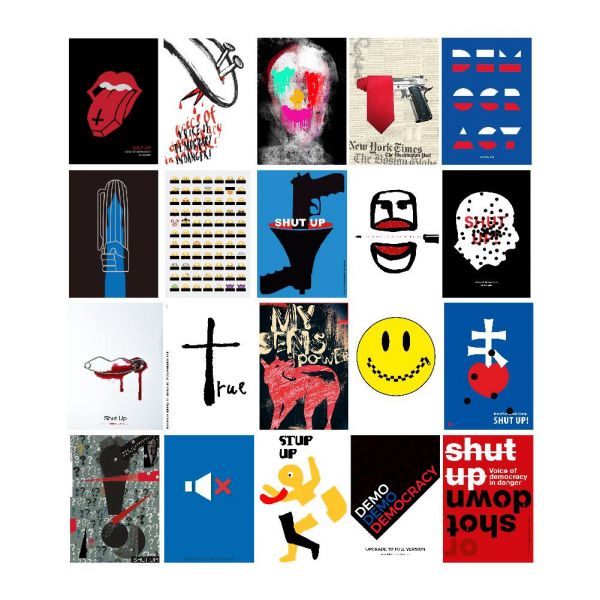 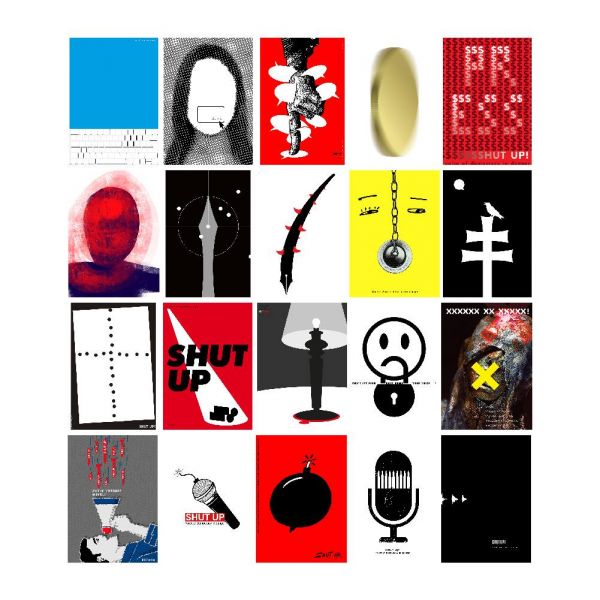