Many times we think that being a good designer, doesn't really mean to be also an artist. I think graphic designer should not be just a slave to Adobe package. Emil Drličiak proves it. He’s not just a common designer. Besides posters, logos and typography his field of action includes also costume and scenography design.

His life-work, typeface called Hexagon is the best example. The alphabet character is created between the same points constructed in the same grid. It's an absolute hacking of construction and traditions. The result is a new branch of typography of an indeterminate number of families and styles of experimental fonts. Hexagon - almost inexhaustible font or better says the geometrical typographic system based on hexagon grid, creating an absolute universum with functioning rules.

Another self-sufficient and long-lived system in his work was Logomap and premiere posters for the City Theater in Žilina. The logo is a stylized image of the theatre's facade and star which comes from town's coat-of-arms. The basic conservative shape of the logo is brought to life by its own content different shapes and hairstyles, lines and structures from birth to death- in other words as is usually true of theatre, by itself. Even on posters we have to look comprehensively. The construction of posters is still same, as the theatrical boards, but  the content changes and evolves as the story, the actors or the scene. We find a system again, whose rules are fixed and adaptable at the same time. It is not just a one-time or short-term work as we often see, and never remember.

His incredible feature is to provide the audience the real world, perhaps in all dimensions. How the world could be seen without flaps on our eyes. Every work he made requires sensible and thinking viewer, because it's full of truth and instant energy.

Drličiak’s works are full of detailed expression, based on exact rules. Excellent drawings, mysterious figures, grouped hexagons - function pictures. Everything in his work is totally under control and perfectly constructed based on a lot of analysis and sketches. Geometry is unthinkable part of his work. We can considered him as design guru, not only in these days. 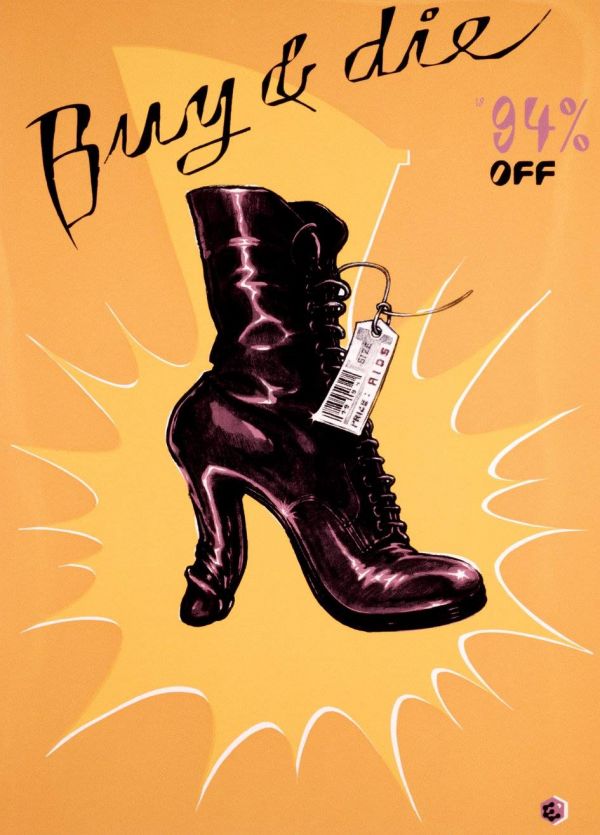 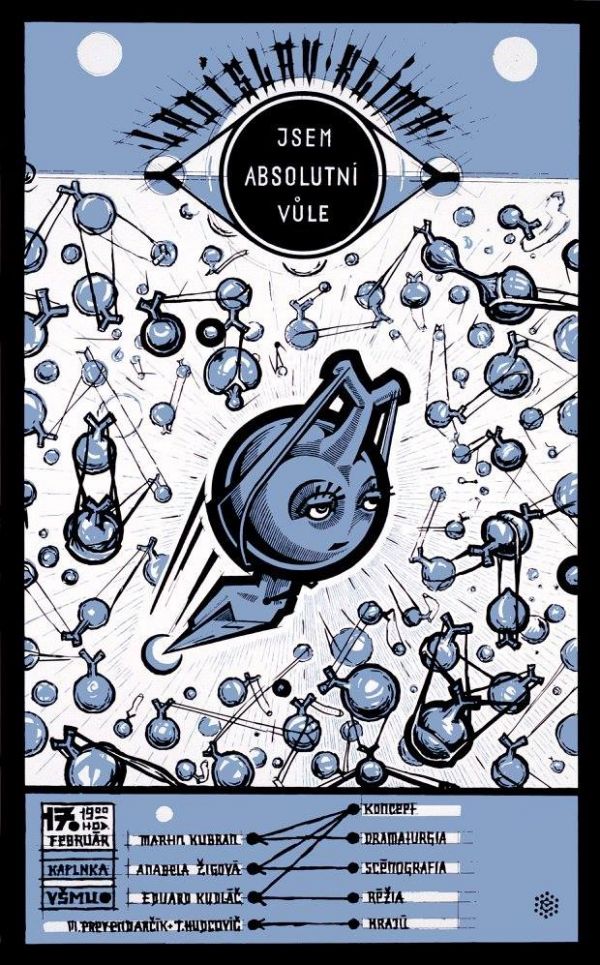 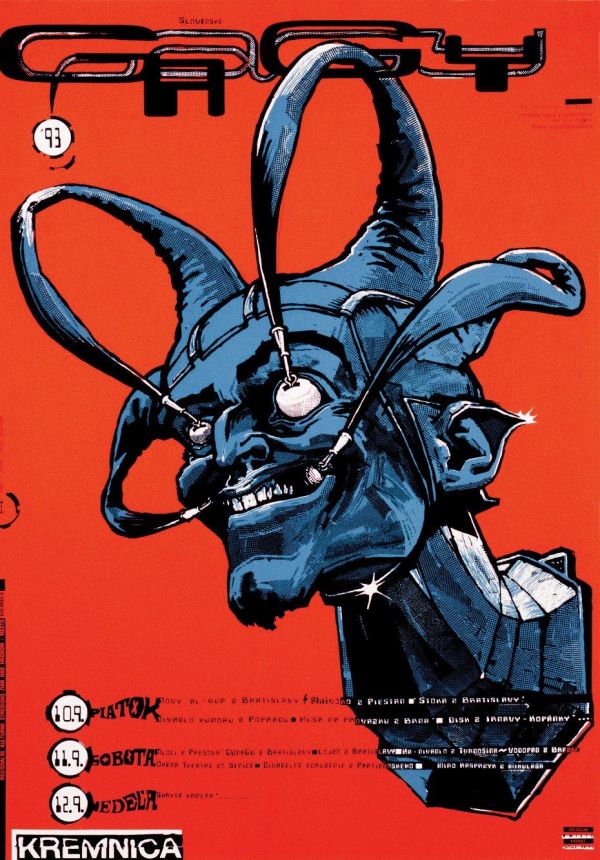 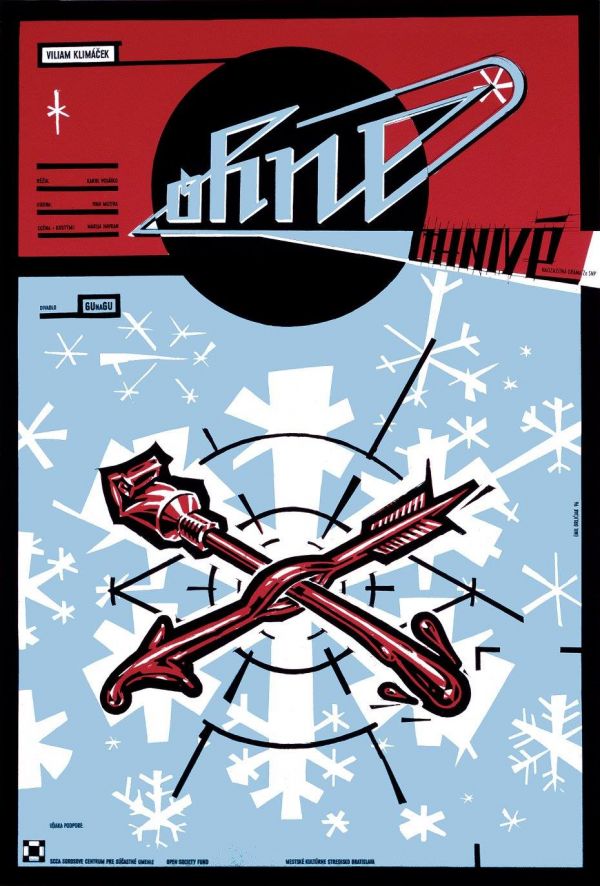 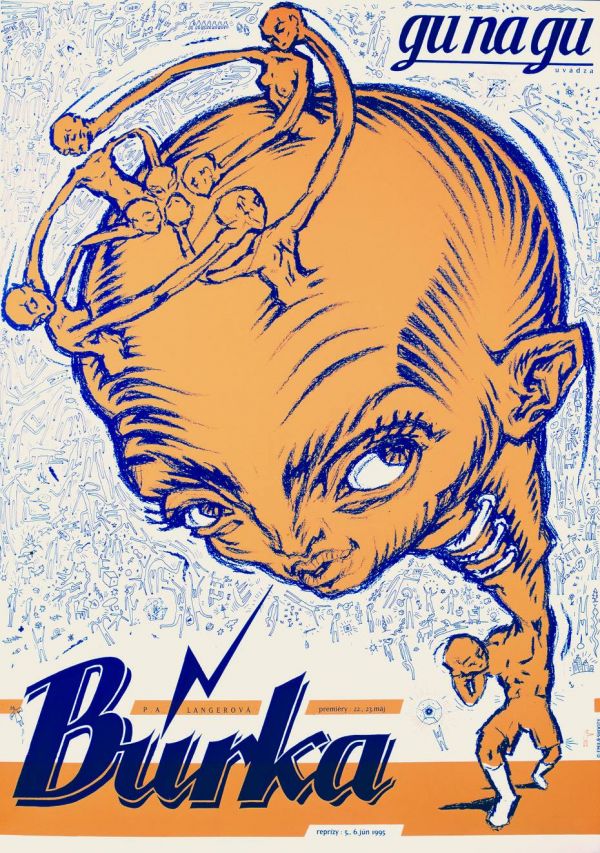 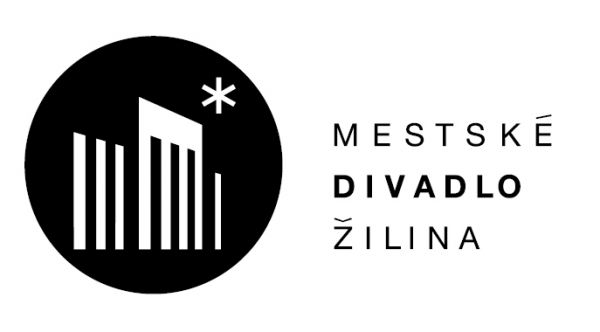 Logo for the City Theater in Žilina 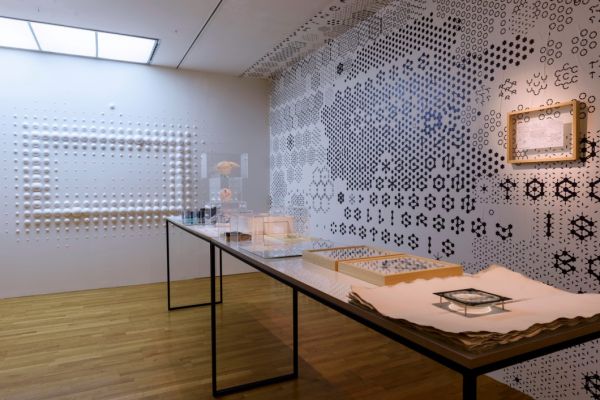 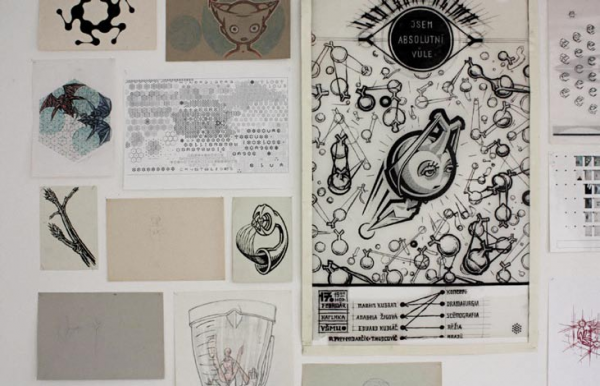 Mr. Zero, image from the exhibition of Emil Drličiak's artworks and sketches, Bratislava, 2013 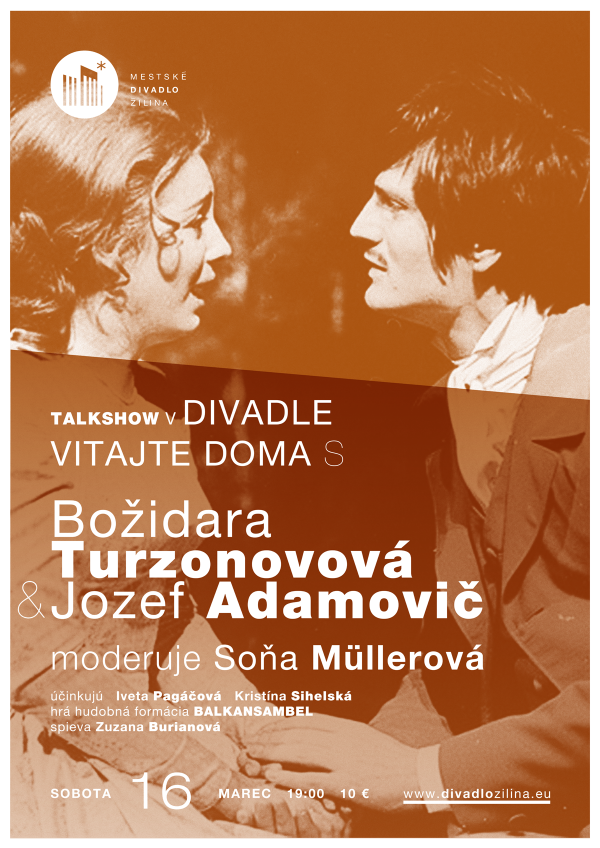 Premiere poster for the City Theater in Žilina 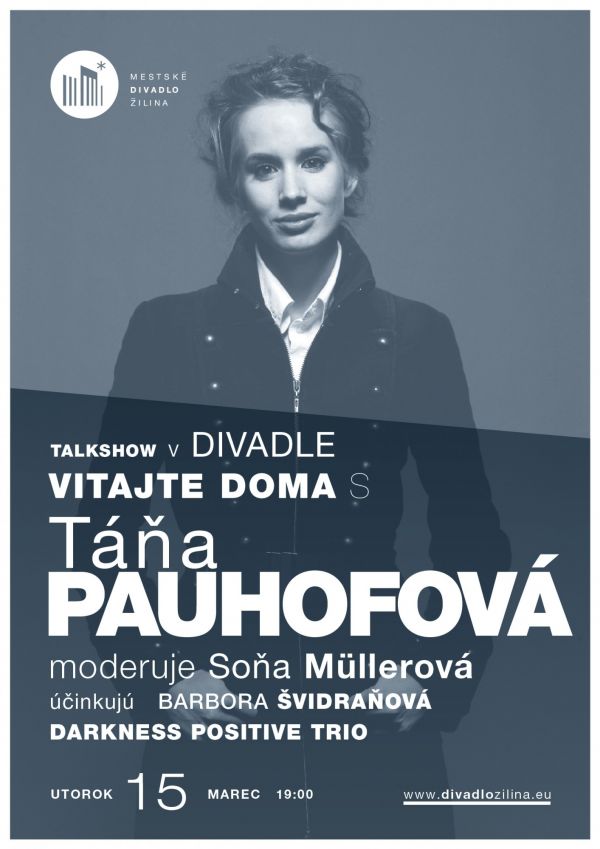