Students should be more active in public space of school

School canteen is an epicenter of student life. Here most people concentrate and it’s also an important meeting spot when academy opens the door for the public at the end of the semester. All the visitors come here to refresh themselves while they walk around the exhibition. Therefore I chose it as a reprezent of public space of the school.

A few months ago the owner of the buffet asked one of the  printmaking students Jozef Glaba to decorate the facade of the canteen. He illustrated the wall with the composition of sausages and wire and as he claimed, he wanted to finish it in details later. But after he finished his work some people started to be critical towards this painting.

So I made a simple online survey in which I asked students whether they like Glaba's painting and 57 % of the respondents believed it's ugly. Although it doesn't prove its really ugly, it showed the controversy. There's nothing bad about Glaba's act, the owners of the canteen asked him for a favour and he did his best. But as it usually goes among the students, the conflict started when someone tried to improve something that was ignored before. And that is the reason why I designed a campaign which should motivate people of AFAD to be more active in the public space of school.

It happens from time to time that students "destroy" the walls in school corridors with their semestral work. Most people think - why not? We are artists, there should be no limits! But I feel it would be more useful to put our skills into things that serves others. Let's start with buffet, because we all share it!

I had two goals: Firstly I wanted to attract the attention to this problem. I created a Facebook fan page called “Dificulárny buffet drôtik”, which comments the painting but also the canteen itself. I posted there mostly satirical gifs and texts which presented the daily routine in the canteen and showed my fictional new designs on the facade. After few days my posts received more than 50 likes, which is not much, but it means 50 people were interested in my topic.

Secondly, I wanted to motivate students to be more active and involved in issues related to shared and public spaces in the school. After reaching an agreement with the owner of this canteen and the author of the painting, I have organised an open-call for the new design.

Today I await submissions to be posted on this fan page and on schools’ Facebook page as well. The one with the biggest number of likes will win, receive material needed for the new design and be rewarded with dinner for two (in the canteen, of course). I plan to repeat my initiative each year and hopefully it will become a tradition. Maybe even a prestige. 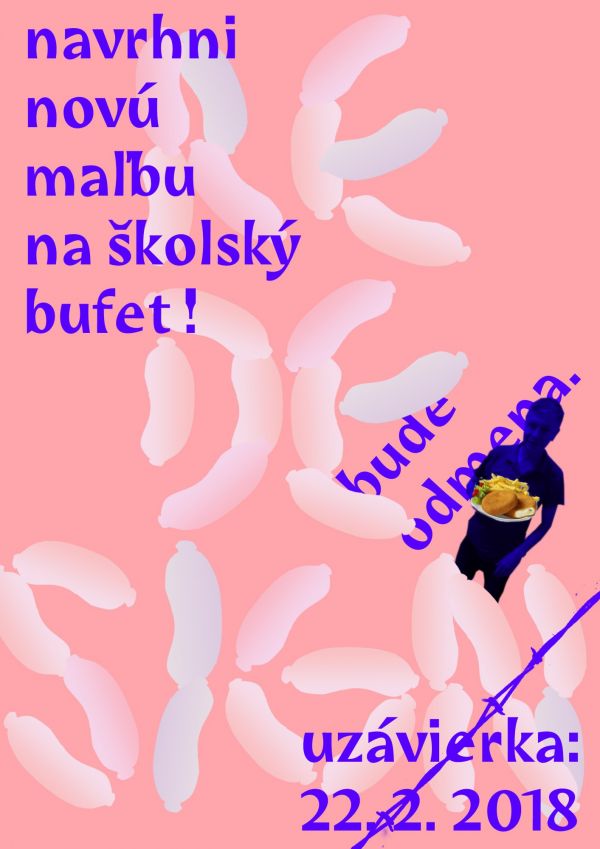 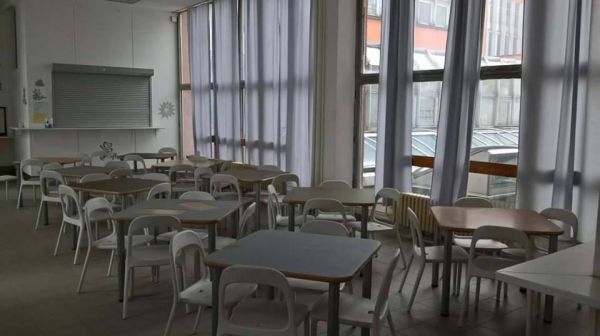 I like the approach of student :). With "at first glance" small topic she made complex work – from survey, communication with people, analysing problem to find real solution through activation of students themselves. I am curious about results!