Project    From place to place

No place to sit in theaters and cinemas

When I moved to Bratislava four years ago, I started working at the Muscular Dystrophy Organization and at the Slovak National Theater at the same time. Most people with muscular dystrophy are on wheelchairs and have no place to sit in  theater, which unfortunately means limited space for sitting. I have been observing and discussing this issue for four years with my colleagues. This problem causes not only an unpleasant feeling of the guests on wheelchairs, but it also brings a hectic situation while my colleagues take people to their seats.

It was always fascinated how many people do not see this problem at all. Under normal circumstances, I would never notice it myself, but since I was spending time helping them, and was confronted with this situation personaly, it it very visible to me. Carriages got a ticket to a place they cannot really sit on, an absurdity that is unfortunately a reality in the Slovak National Theater.

Their place has not existed at all until recently. Today, it does exist in a way, but the problem is still not solved as it should. It all began with a complaint that forced the leadership of the theatre to discuss the problem. Recently some signs appeared on the side of the ending hall. But still, this place is not a flat surface, but it is inclined, not at all adapted, and at the very end it there a spot with a very bad visibility. The problem was "solved", the complaints were not written, this alternative has been "functioning" for almost the entire season and no one was complaining. Practicaly they have to sit on a place where they are able to see only half of the scene.

As a response to this problem, I have created a gif that I have posted on the Slovak National Theater private Facebook employee group, which is set up for backup shifts and currently has 92 people. I addressed this problem to members of this group who get in touch with this issue on a daily basis. It was interesting to see that most of them did not react to this gif publicly in the group, but they were talking about that with me at work instead. Which I found as a positive reaction. The problem remains open, but at least some of my colleagues have started to talk or at least think more about it. As a conclusion, we agreed that this issue should be opened once again, and presented in a more public way at the beginning of our new opening season in September. 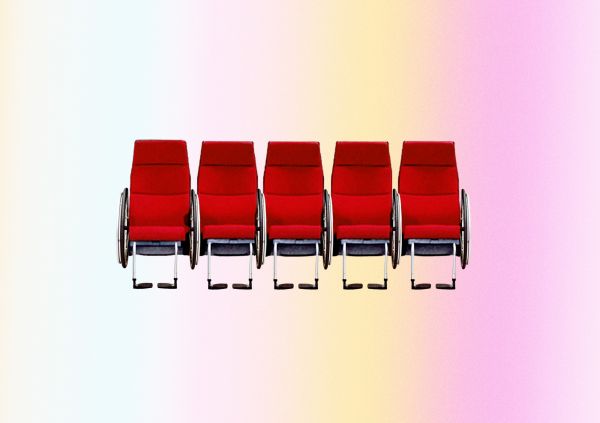 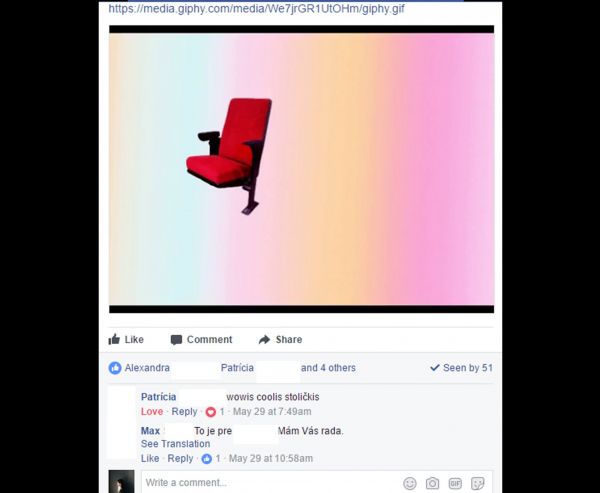