Keep your trash to recycle

In Slovakia there is only 9% of trash being separated from overall trash produced. The statistics say that more than 8 from 10 Slovaks think that separating is important. But the quantity of separated trash shows different numbers though. (research made by Focus agency).

At the beginning of the semester at my Academy of Fine Arts and Design in Bratislava, I've noticed that some new recycling bins appeared on the hallways. My first reaction was “finally“, my second reaction was why at hallways and not in studios? Obviously there is more studios than hallways in our school so it would be more expensive, of course. But there is a question about eficiency of these bins placed in hallways.

I personaly throw trash into trashcans in my studio,  I never remember to go outside to separate it. But when I see 3 bins with different colour, I always recycle. Most of students and people acctually don't know how to separate proparly. Therefore I decided to design posters as reminders and waited for the reaction of people passing by. I was curous whether it would affect their behavior somehow.

During the ending exhibition of our works I installed the sign above the bins in our studio. First reactions were just reading, I noticed that many of visitors didn't threw the trash into bin but kept it to hopefully throw away outside. During the day bin stayed almost the same, without any more trash collecting, except couple of times i saw that people didn’t noticed the sign.

To continue with the project I made a poster with same message and placed in our neighbourhood. The poster consists of small reminder notes about which garbage goes in which bin. Each reminder has a color related to the type of trash.  It is perforated so everyone can take a piece. The poster represents an infographic with data about the recycling in Slovakia and can be changed with each person that rips off a small reminder. “Take one paper and learn how to recycle. Few meters away you can find recycling bins. Each of us have a choice of changing ratio of recycled and landfill waste.”

I think my project was partly successful. Couple of people came to me and asked about the sign in school, others I hope at least thought about the change. In our neighbourhood I saw a couple of papers demolished, and couple parts were torn off just as the poster suggested.

In the future I hope for more recycling bins. Not only in schools but in all public spaces. In out fast lifes there is still very small percentage of people that think about the trash they produce and where it is going. I hope projects like this can help people care more and after all they decide to recycle. 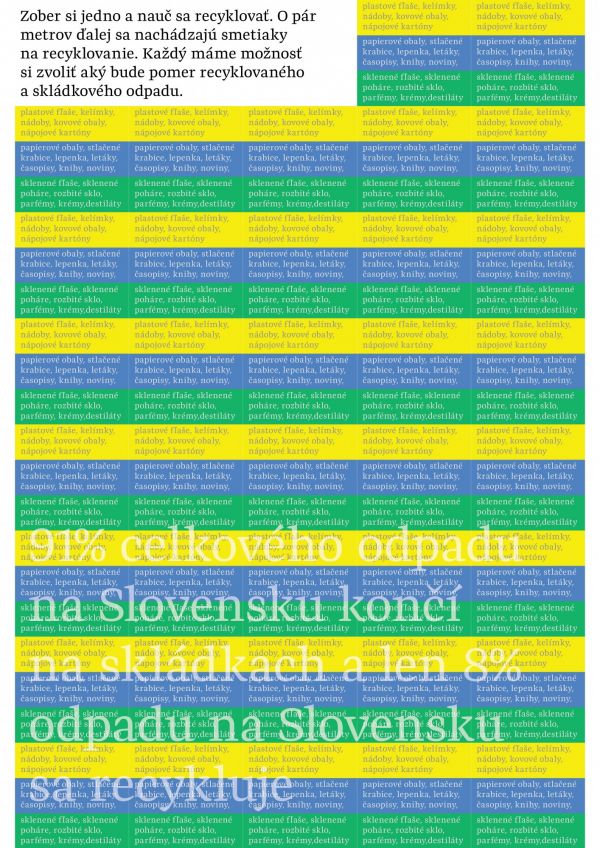 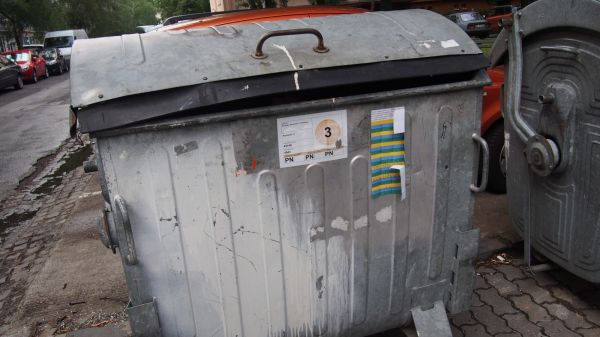 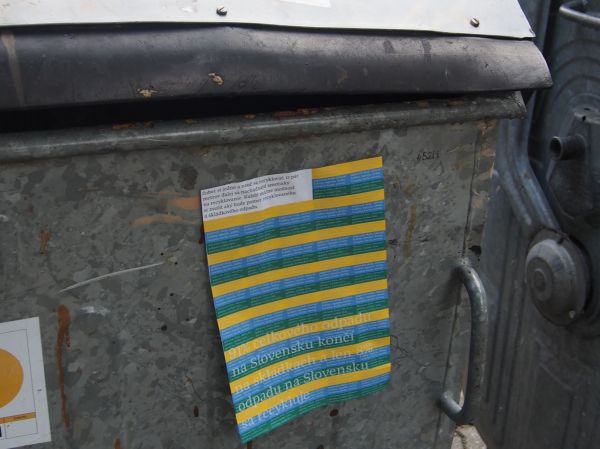 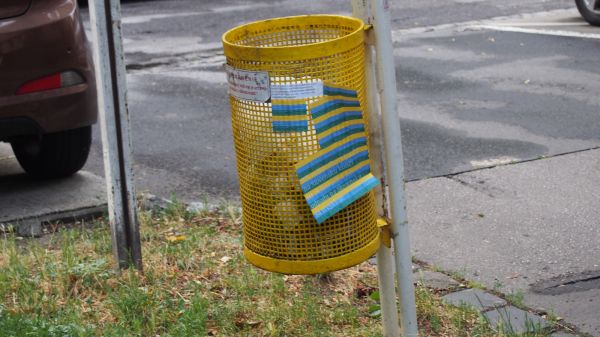 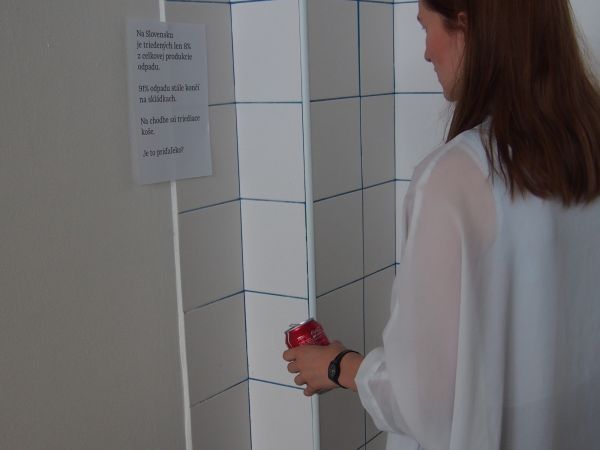 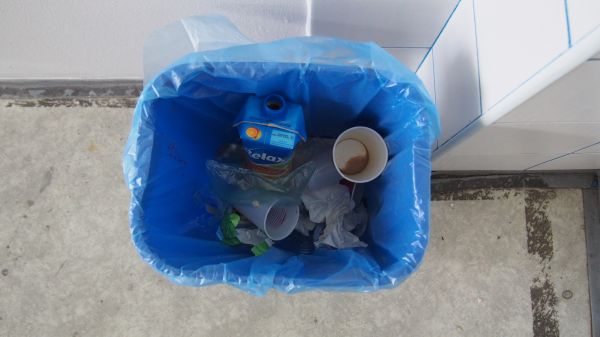