We should have new expactations towards designers

Designers are creative people that work with visual material. But who said they can not write texts or be editors of a medium? We know that in the past designerswerenot asked to have opinion or even write texts. People used to think about them in lot of stereotypes which have arisen from the market needs and lack of design research. But I personally think, they used to do all these things but it was not considered as a part of their complex design personality.

These days we live in completely different world - design is changing. We are changing, the role of designer and expectations about the role of design are rapidly shifting. We tend to observe now designers while they write, play music, code, play sport, do art projects, how they think, disagree and protest as a part of activist groups ornon-government movements.

During the Bratislava Design Week we (me, Hana Hudáková and Veronika Melicherová -  Open Design Network) have decided to give a chance to young graphic designers to test this new possition. We have initiated a concept of a festival zine for the Bratislava Design Week that would be written by designers and architects. Each of the day the editorial board would collect materials from the festival events or about the festival guests, reflects them and build material for the articles and interviews. This was delivered to us at the end to put that togetherand publisch an issue. On the last day of the festival visitors could create their own mag by folding the pages with content and putting them together with a cover. Every day of the festival was designed with a different type made by young Slovak typographers. The whole process was opened for public in Foajé (Center for film, design and architecture) in Bratislava. 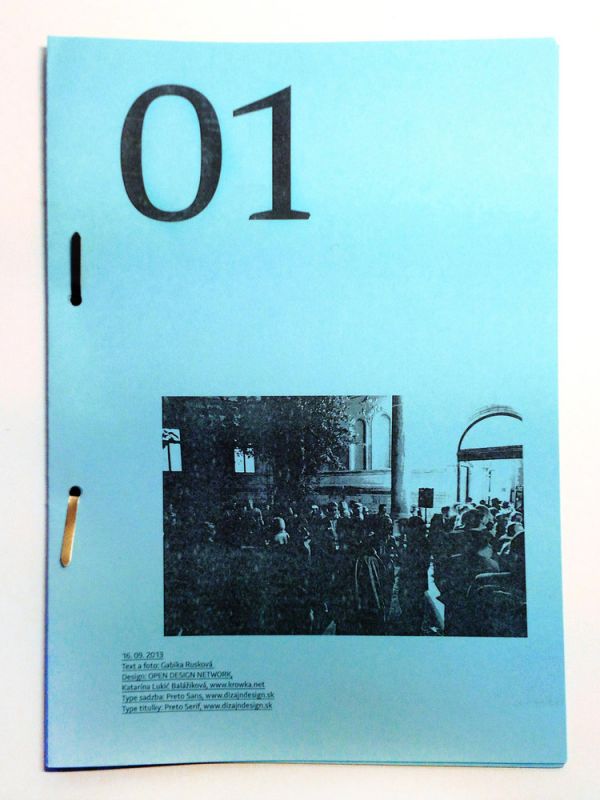 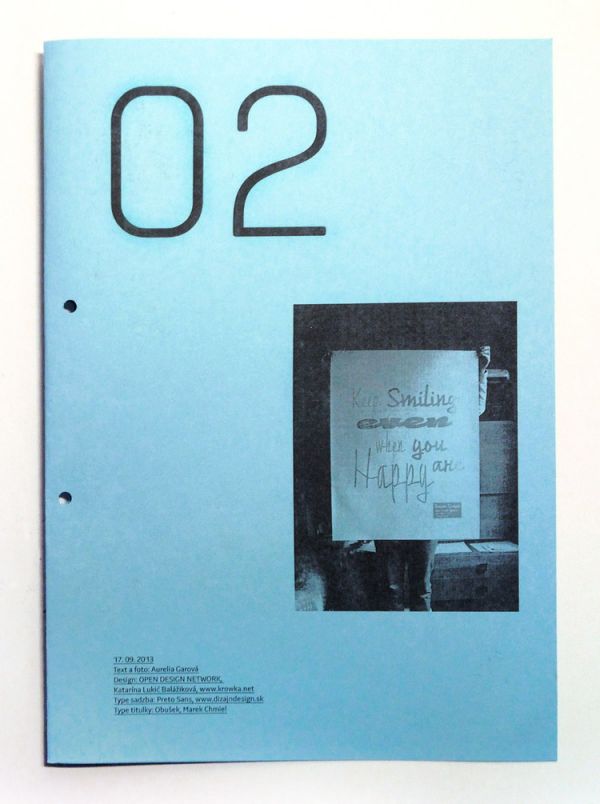 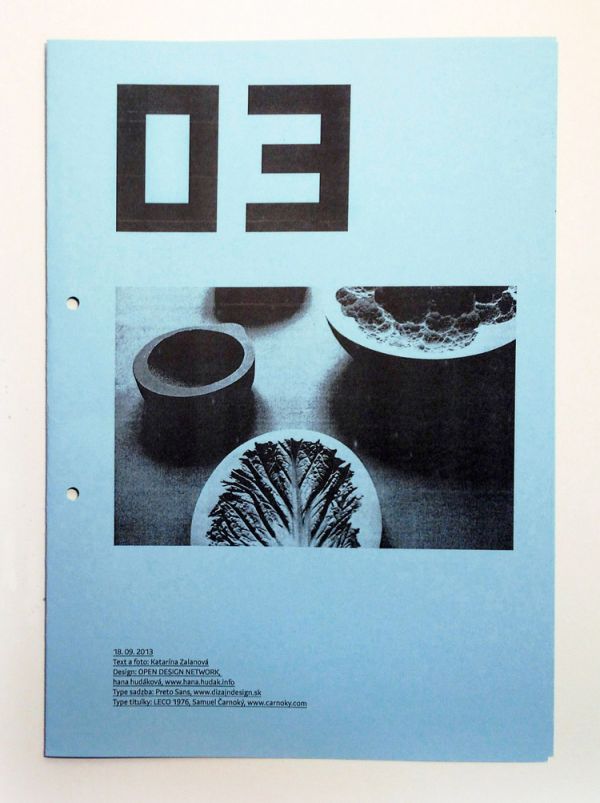 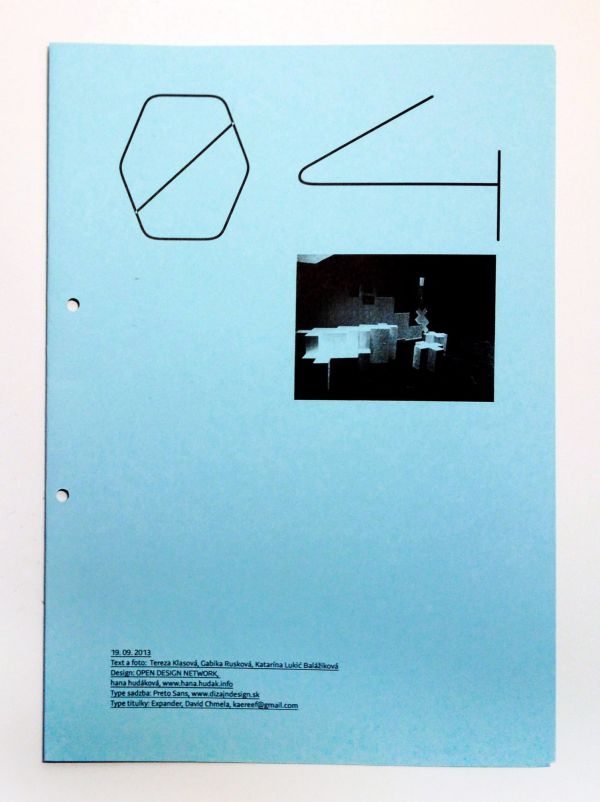 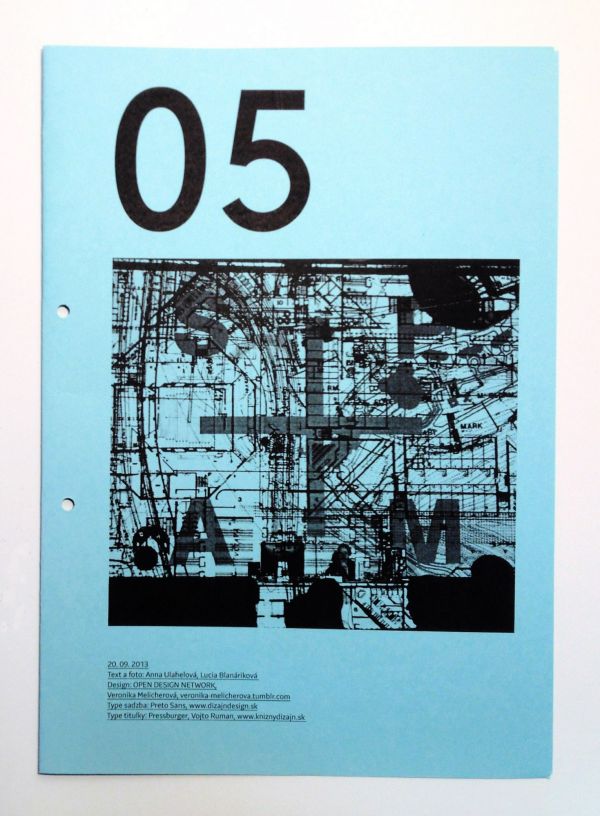 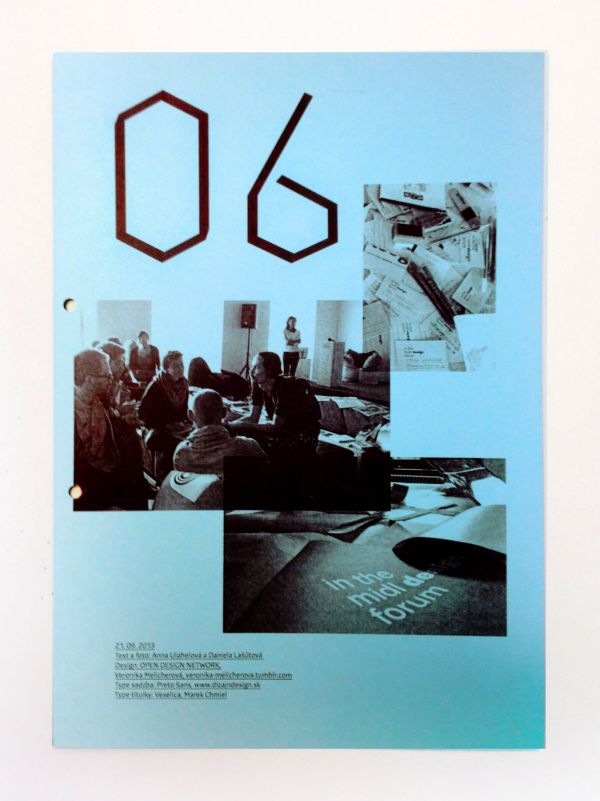 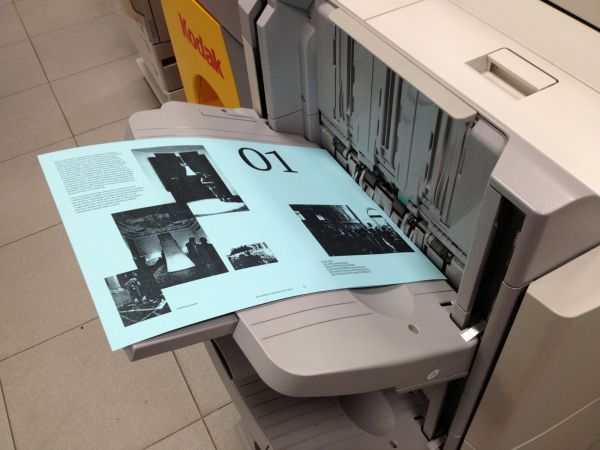 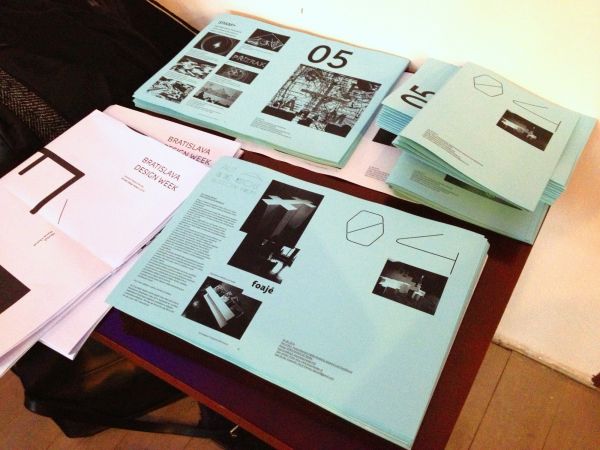 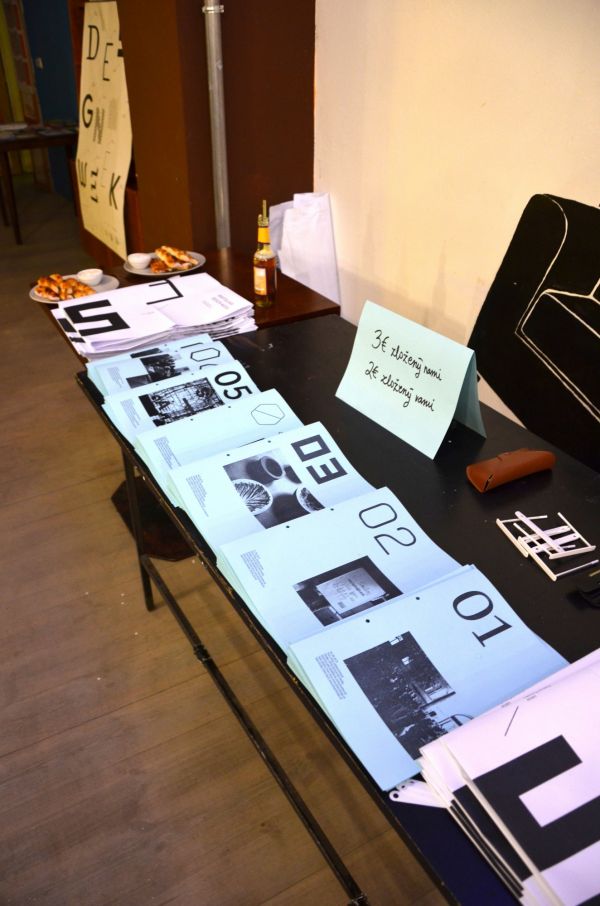 Distribution of the zine, 2013 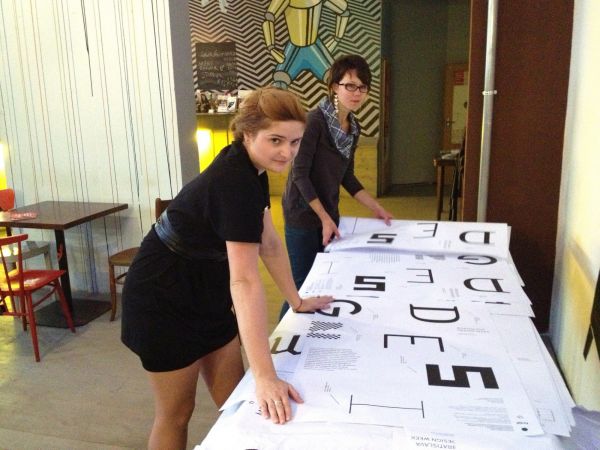 Preparing the spot for distribution, 2013