Can Slovak book design face up to world?

Slovak book design (as well as many other things) was always in worse condition in comparision with other countries. Even we joined the federal republic with Czechs, we never reached the more developed czech book culture. In communist era there were lot of books coming out from different publishers, but technical print opportunities were unadvanced and the quantity was stronger then the quality. However there were lot of individual graphic designers who kept up with worlds' trends. One of them is the book designer Lubomír Krátky.

Lubomír Krátky (1939) is Slovak graphic designer, typographer and calligrapher. He was studied in Prague at graphic design school, so he was in direct touch with high-quality Czech book design. In school he got very good esthetic and technical skills and became familiar with type design as well. All his life, he was working for many book publishers (for example Mladé letá, SPN or Slovenský spisovateľ) as graphic designer, technical editor and art editor. He was awarded with many important book design prices in his career.

His importance is in his critical thinking about his position as typograher - he described his work as important mediator between author and reader of text, not just a craftsman. He made his books in different way that many of his colleagues - he didn't just make a nice book cover, but he perceive book as complex 3D object. It means that he made every little detail of book with his high proffessional feeling. He was also run-in to calligraphy, an art discipline which doesn't have any attention in Slovakia. He made a lots of calligraphic lists and he also made a calligraphic book Danielov sen, which is really rare thing in Slovak book design.

As we can see, critical thinking of graphic designer should not always be about things outside of graphic design, but also in this discipline looking for ways how to make it better. Nowadays, slovak book design (expect few individual designers)  is still in low condition, so it's on proffessionals to make it to higher level. 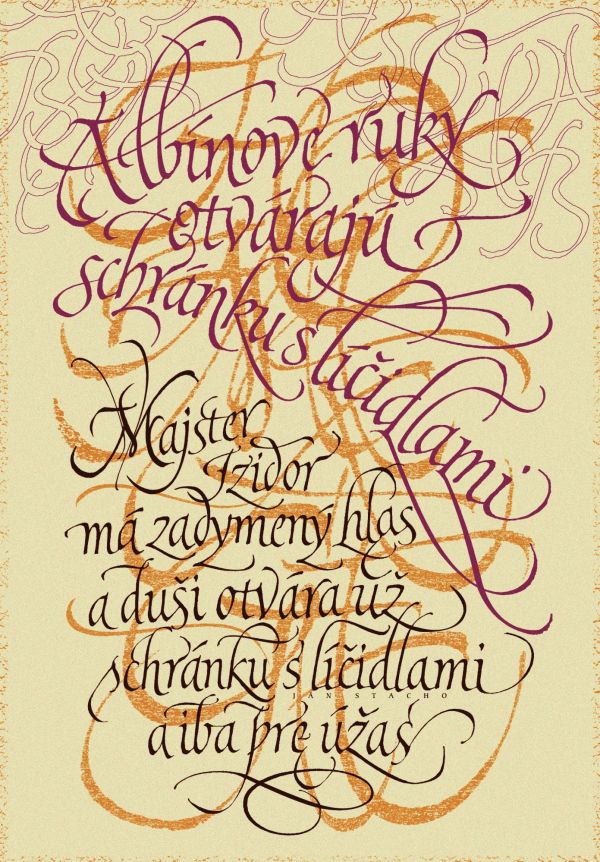 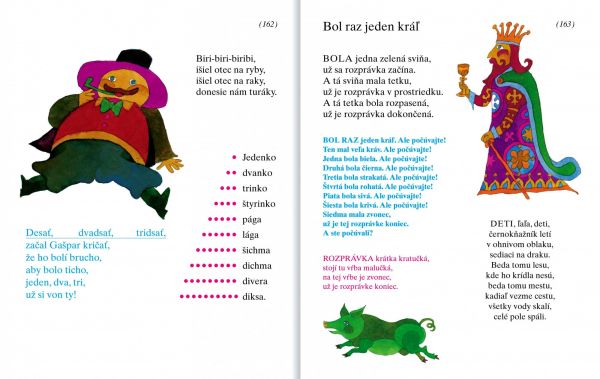 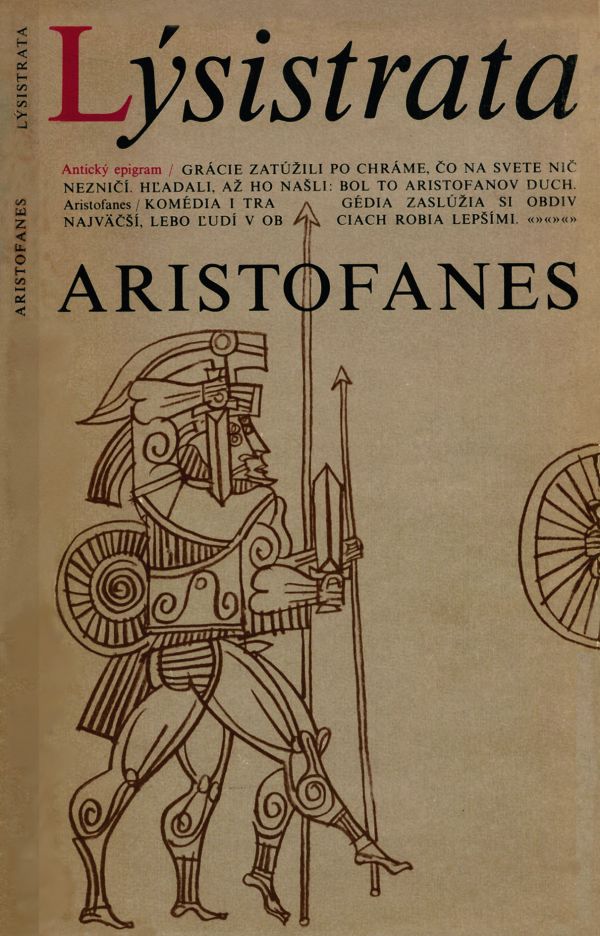 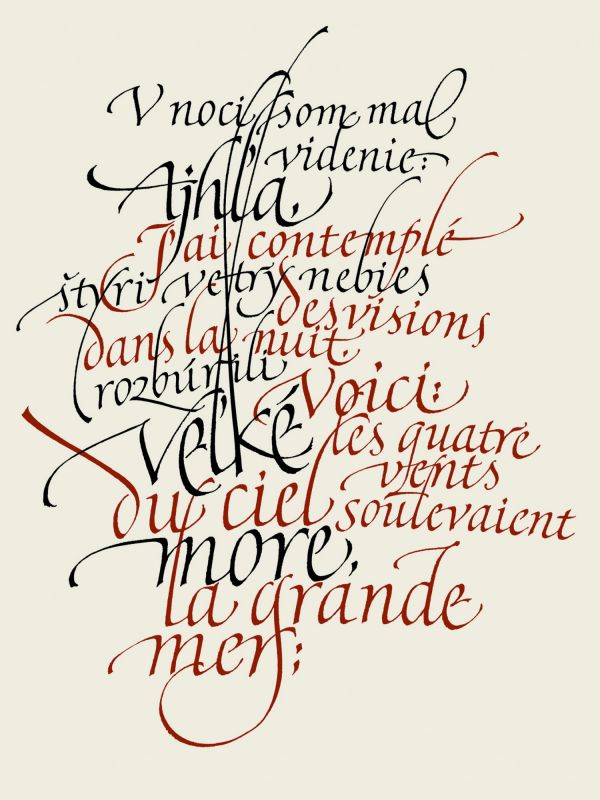