Both client and professional designer should work on their communication

The project “Reflection on Grandfather pulled the beet” was created during my course Critic - Critical Practice in Graphic Design and for the purpose of the annual exhibition of our Department of Visual Communication at AFAD in Bratislava that I was curating. The exhibition was called Designer–Critic–Editor–Commentator and was opened in Satelit Gallery (gallery of Slovak Design Centre) in December 2014. Students during the exhibition were supposed to directly participate in the selection and reflection of projects from former and current teachers/students of the department.

This project was a textual and visual reflection made by one of the students - Pavol Capovčák. Pavol reflected a poster “Grandfather pulled rape” designed by two former students Marcel Benčík and Branislav Matis in 2003. “Client, marketing and advertising are not enemies, we have to pull money, information and effective communication from. Both client and professional designer should work on their communication. This should be the basis for creating a positive relationship.”, says Pavol in his textual reflection. He also included a visual reflection to his installation - he designed the original poster and presented it in augmented reality. The visitors could scan the QR code on the wall above his text and watch the video on tablet or mobile device. 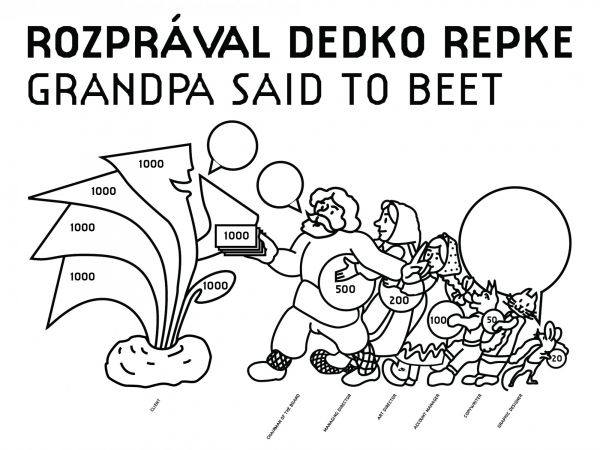 Reflection on Grandfather pulled the beet - poster in augmented reality 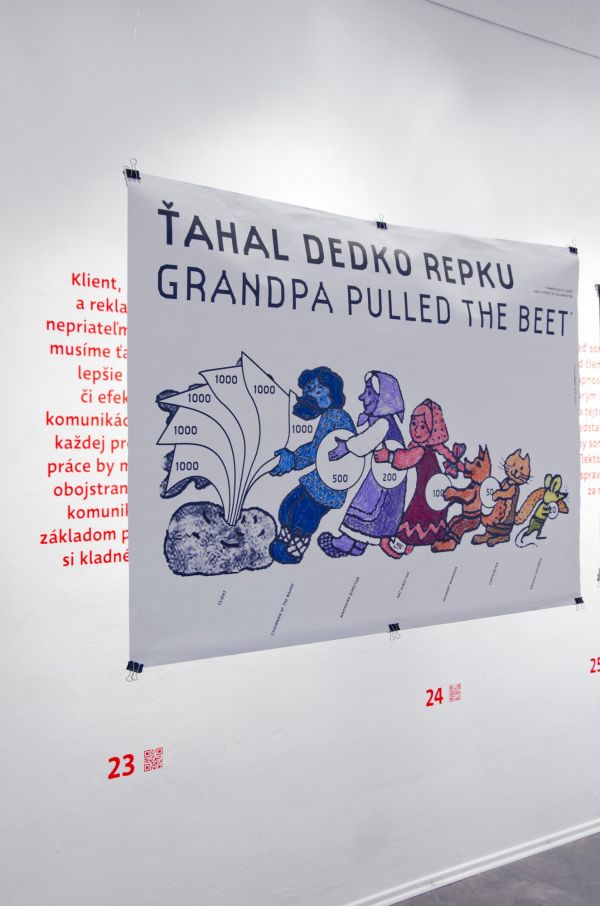 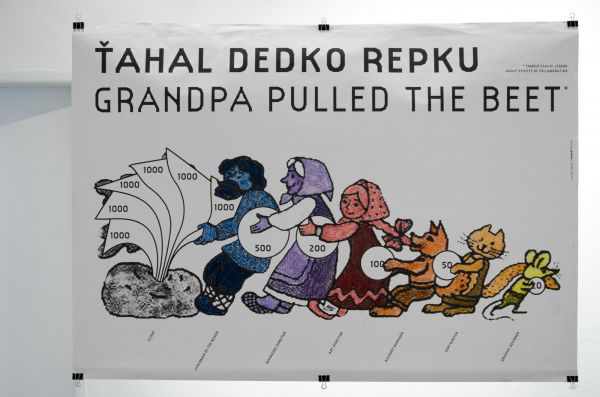