The project “Reflection on Swine” was created during my course Critic - Critical Practice in Graphic Design and for the purpose of the annual exhibition of our Department of Visual Communication at AFAD in Bratislava that I was curating. The exhibition was called Designer–Critic–Editor–Commentator and was opened in Satelit Gallery (gallery of Slovak Design Centre) in December 2014. Students during the exhibition were supposed to directly participate in the selection and reflection of projects from former and current teachers/students of the department.

This project was a textual and visual reflection made by one of the students - Andrej Čanecký. Andrej reflected the work “Swine” created by his tutor Stanislav Stankoci in 2010. ”Swine is a sculpture that expresses satirical and sarcastic metaphor of the reckless theft of the state property and helpless watching of the ordinary people. I wish more people would have the chance to see this sculpture also outside the gallery where it was exhibited.”, says Andrej Čanecký in his textual reflection. He also included a visual reflection for his installation - he designed a poster using the image of the sculpture with a multiplying effect and presented it in augmented reality. The visitors could scan the QR code on the wall under his textual reflection and watch the video on tablet or mobile device. 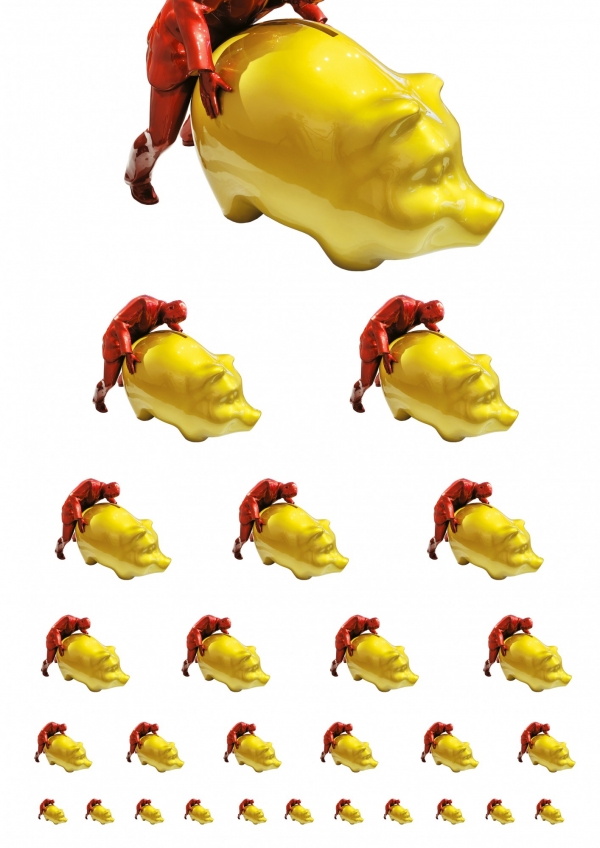 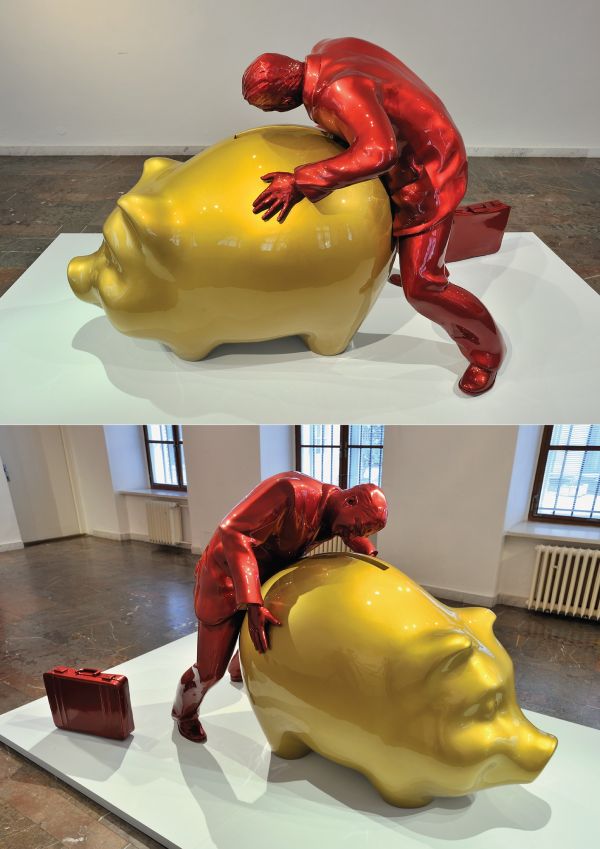 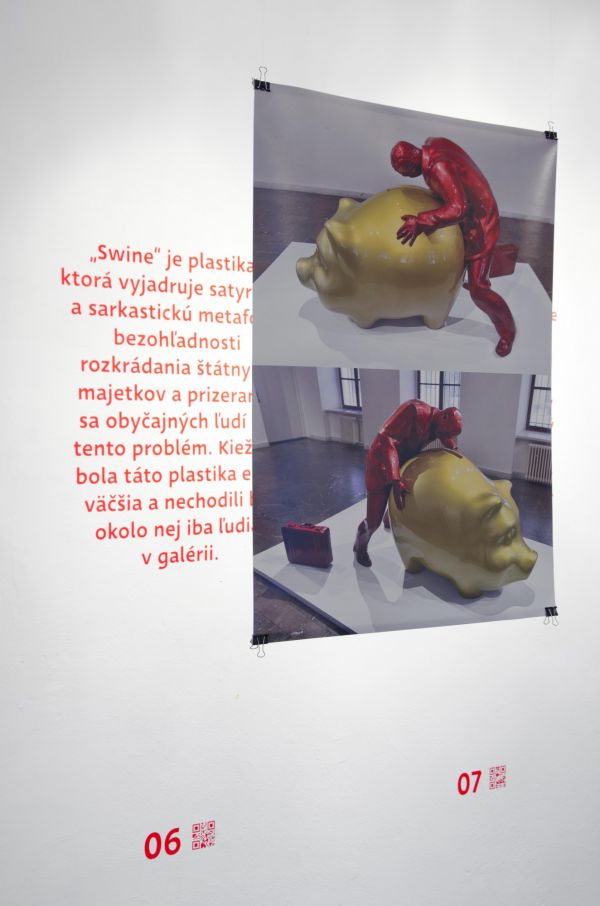