Department of Visual Communication at Academy of Fine Art and Design in Bratislava approached me with conceptual, curatorial and design solution for its 15th anniversary exhibition. My goal was to introduce the department as a critical platform and community of graphic designers who see the permanent reshaping of the profession and want to critically reflect to it, reflect the social issues and their own design.

I split the exhibition into several parts in which students either directly participated in the selection and reflection of projects from former and current teachers/students of the department, or I exhibited works with a critical potential that were created at the department in the current period. I exhibited also my own installations as a member/students in cooperation with MediaLab at our department. One of them named "286 views" was an interactive presentation of answers from several former and current teachers with Leap Motion technology. Second one named "Give comments and critic!" was designed to activate visitors to participate. They could use specially designed touch keyboard and comment the exhibition or exhibited works.

Because the concept of the exhibition was a critical approach, I decided to use research and its content also for promotion purposes (posters, brochure, banners, invitation) - statements of members of the department used for installation "286 views". I visualised them with fonts created at the department during these 15 years of its existence.

I tried to make also the interior unconventional - in one part of exhibition the critical textual reflections of students were installed on the walls instead of design works. These were hanging from the ramp of the lighting system. On the floor there were installed posters with the statements cut from self-adhesive foil. Exhibition tried to point out the importance of the critical approach - to show the other potential of the space and media and using of content also for its visual promotion. 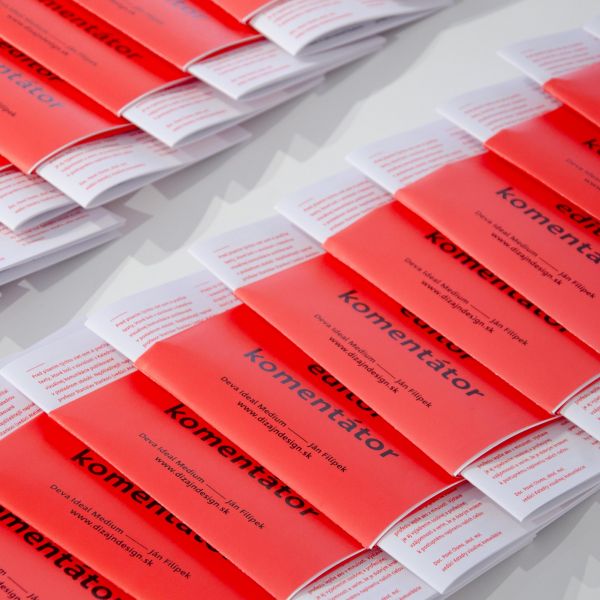 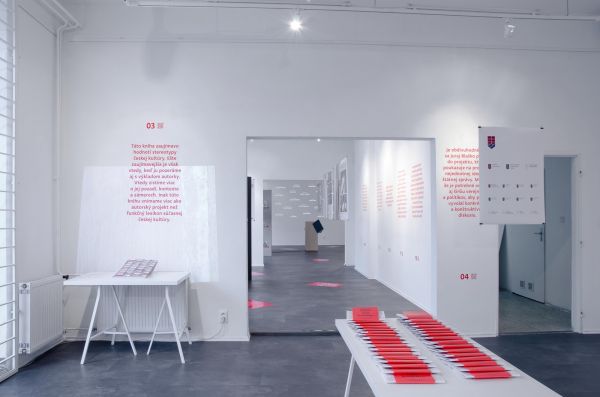 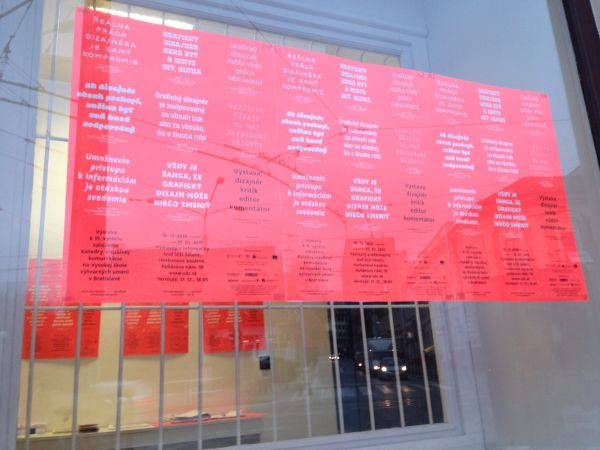 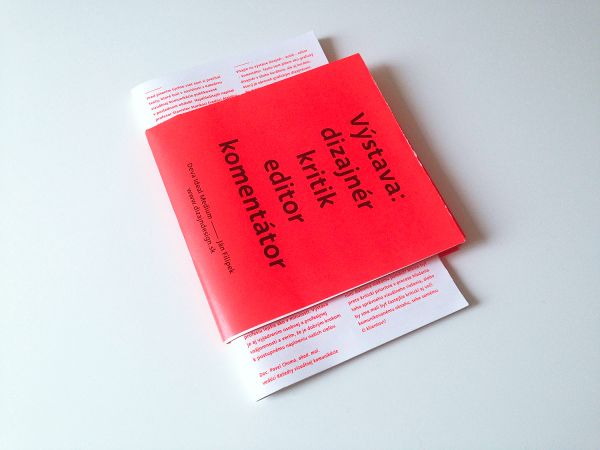 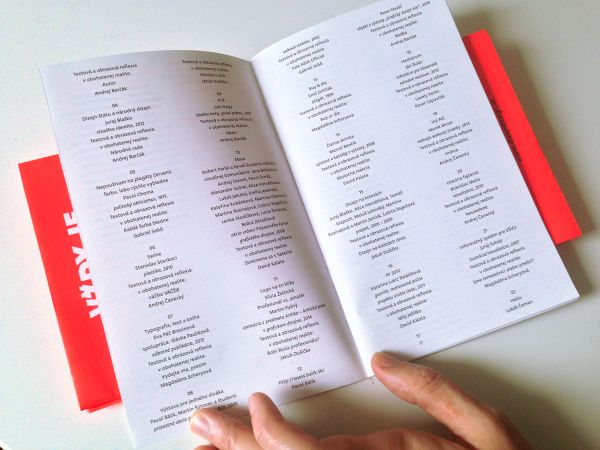 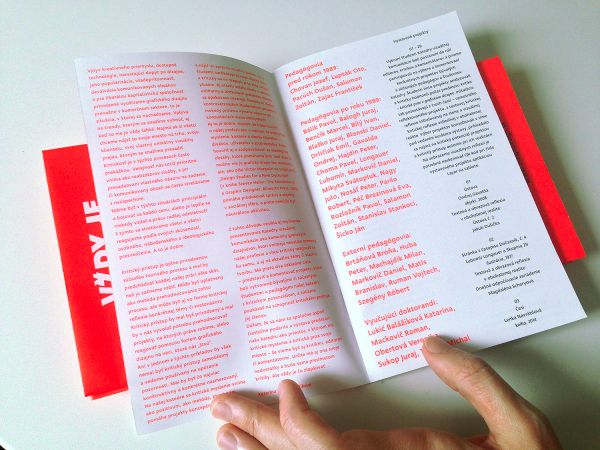 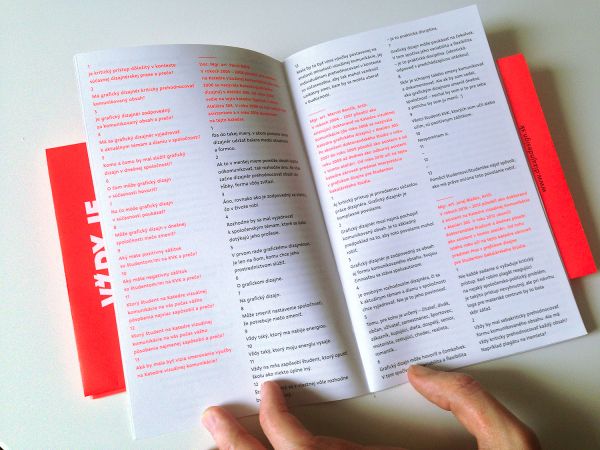 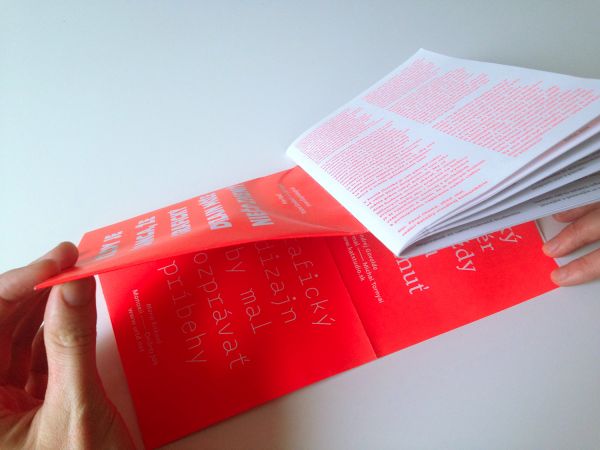 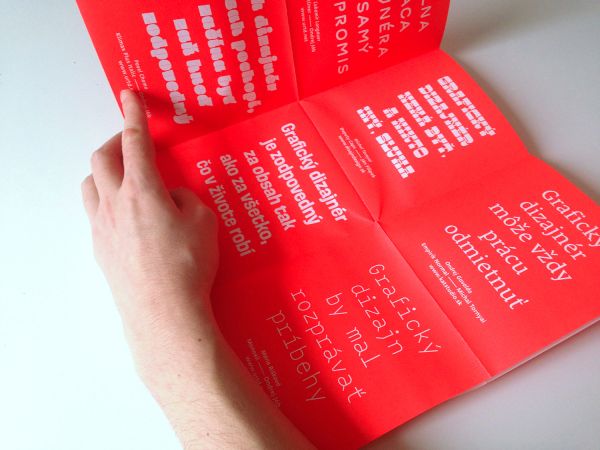 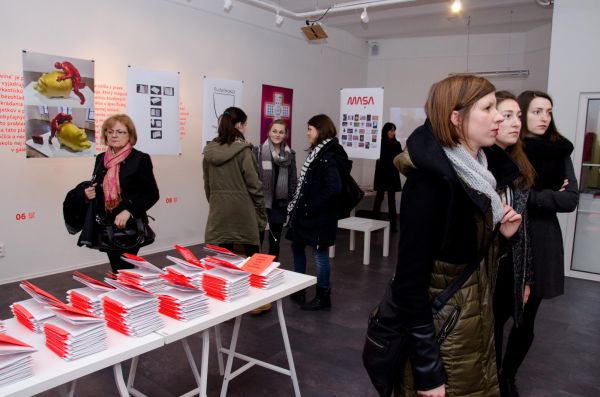 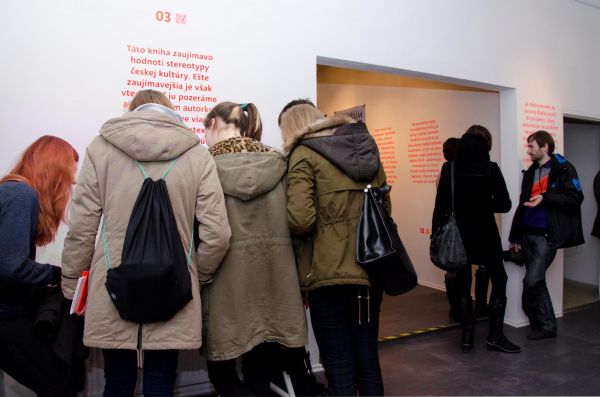 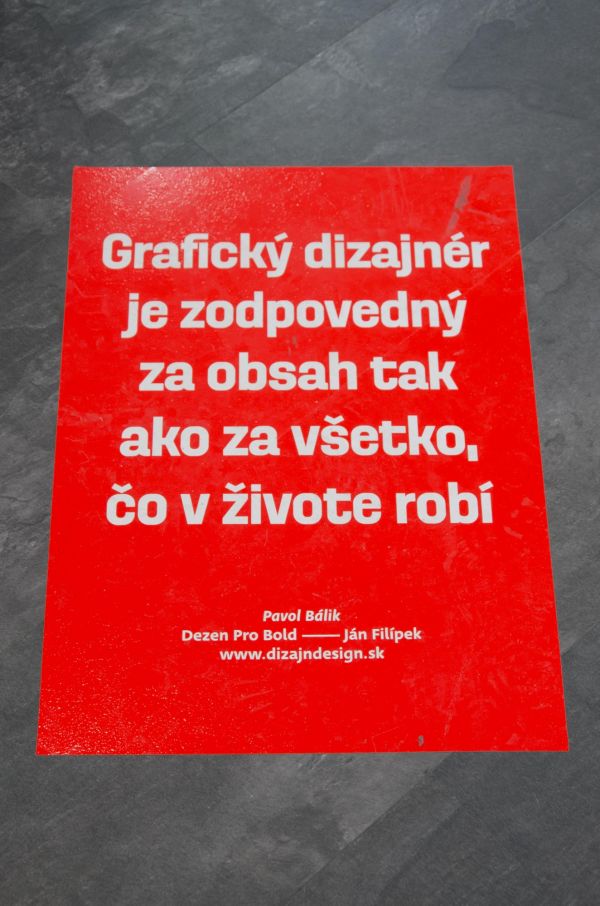 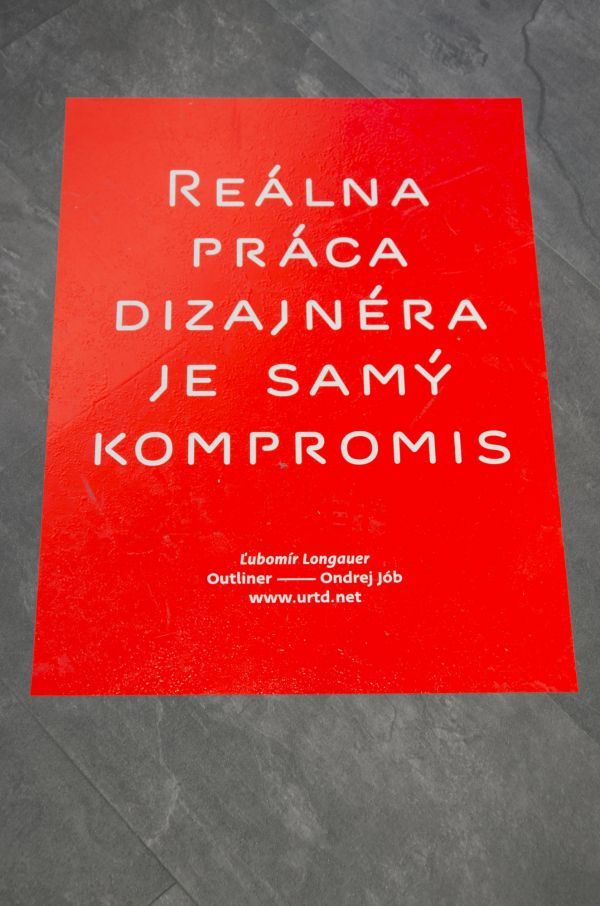 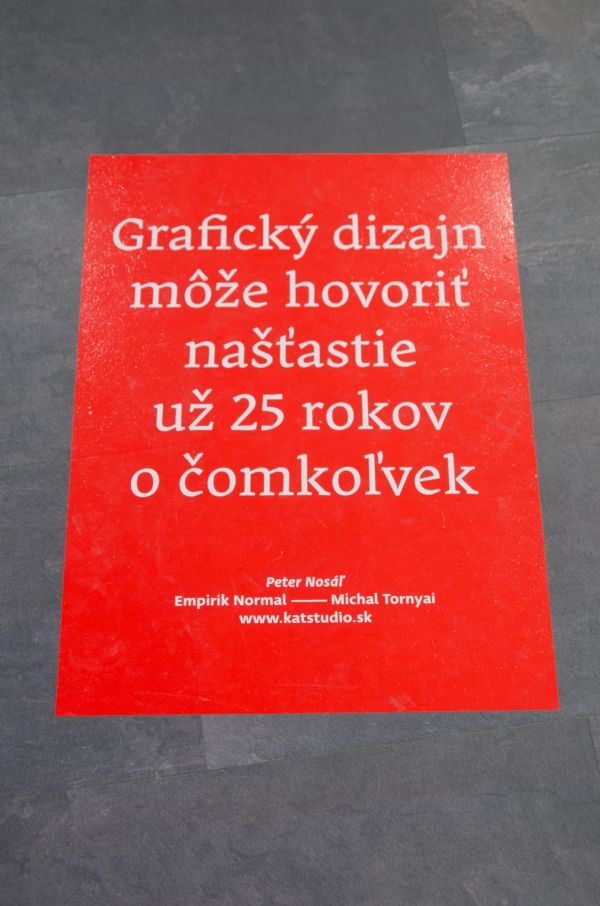 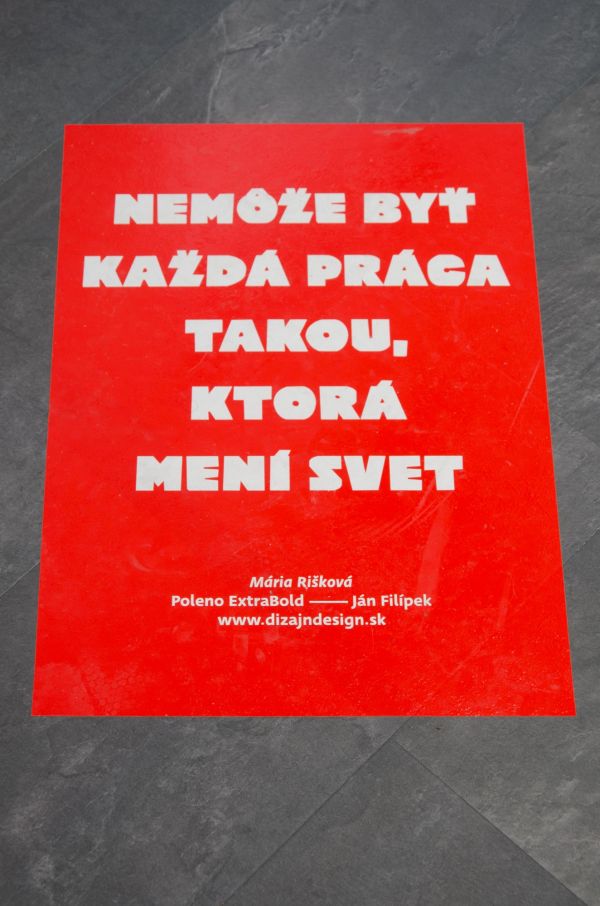 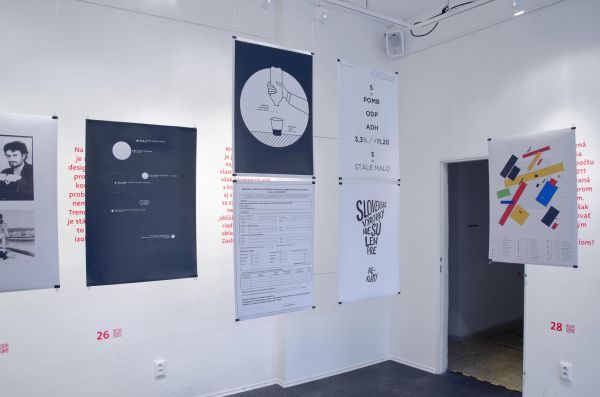 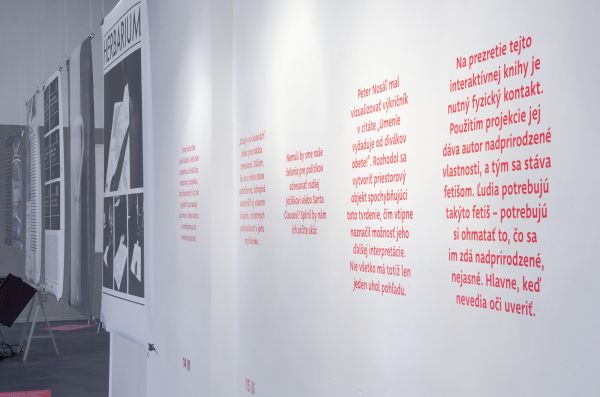 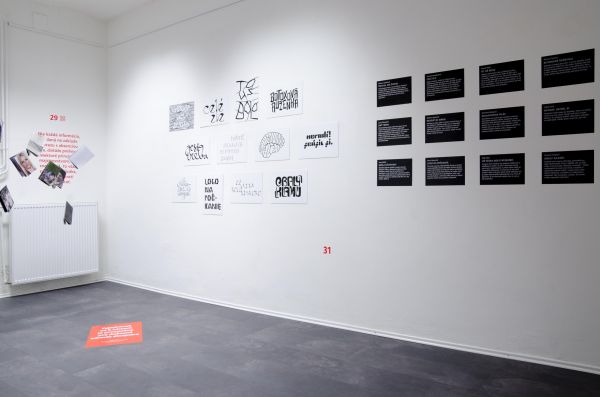 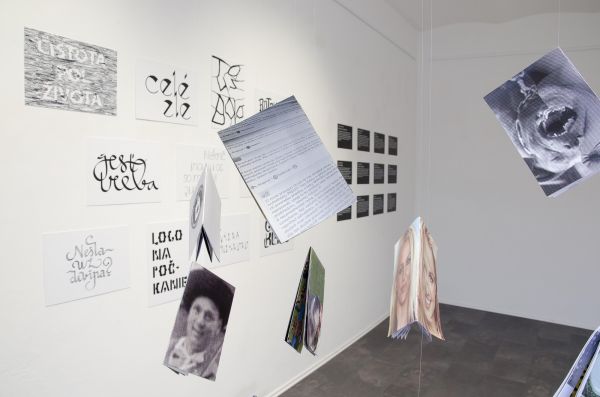 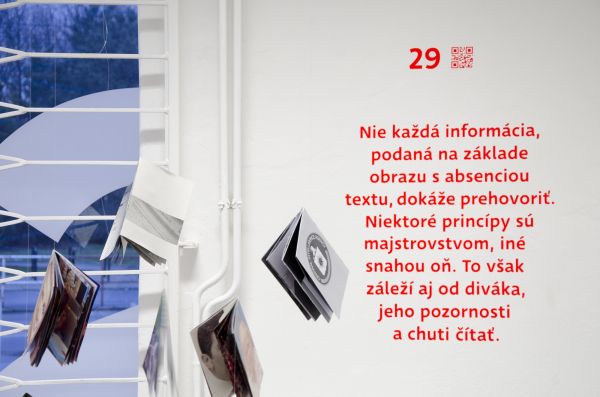 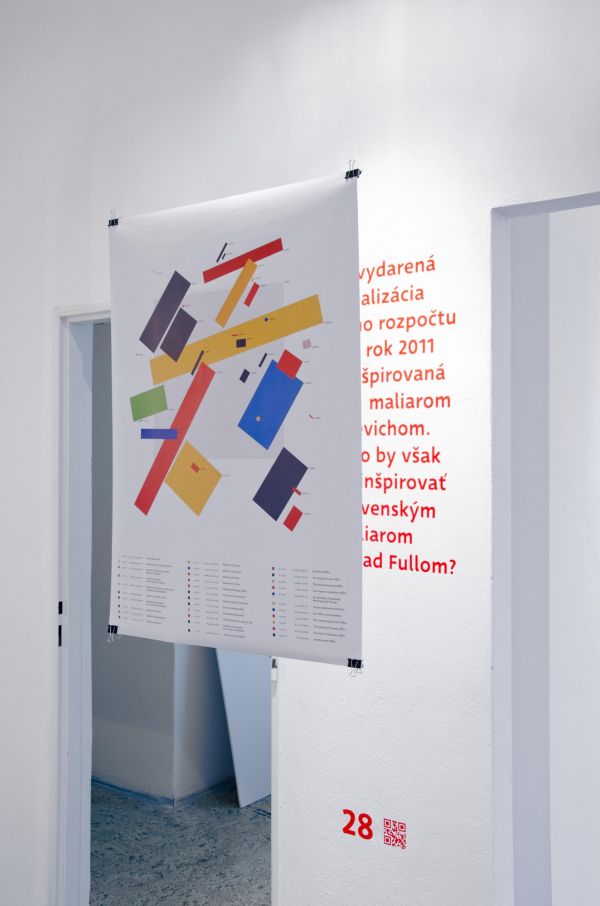 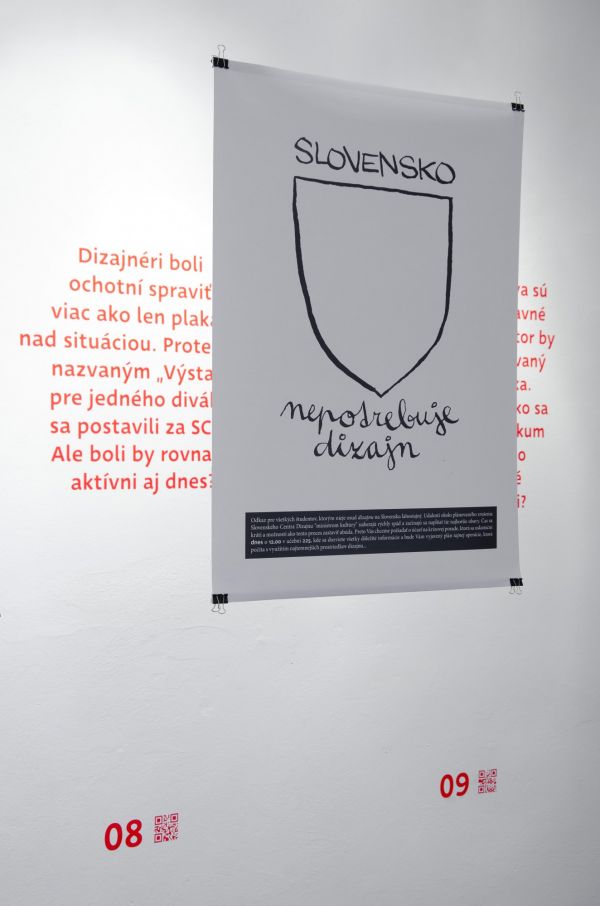 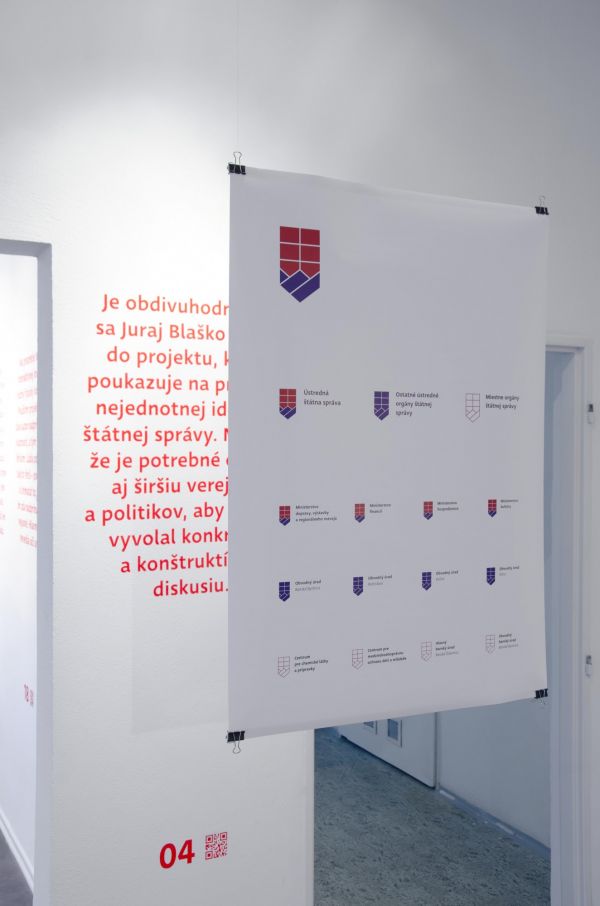 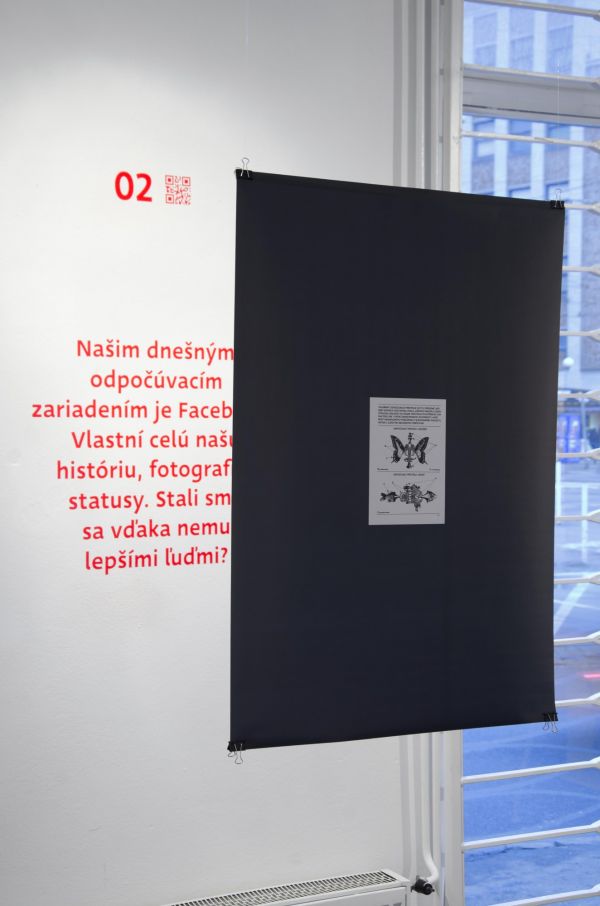 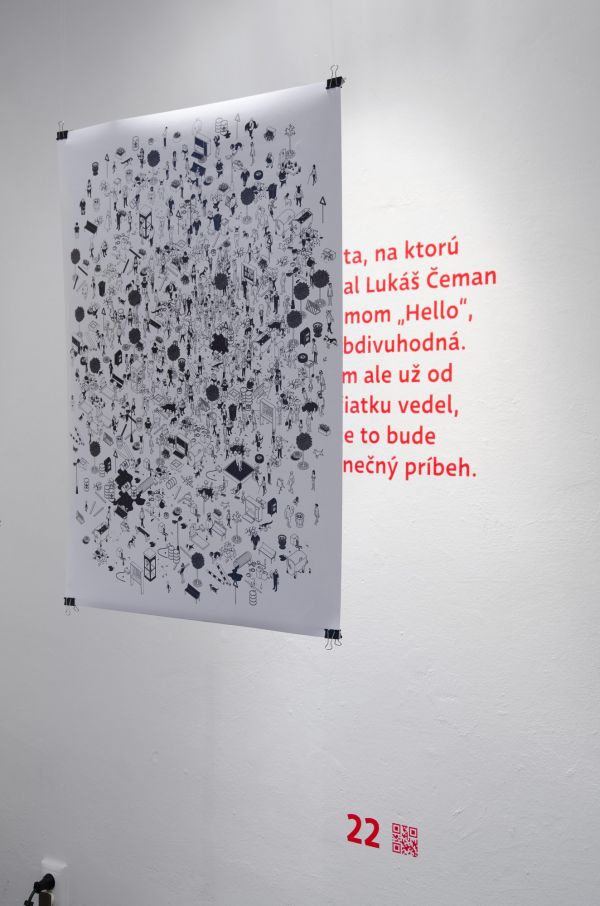 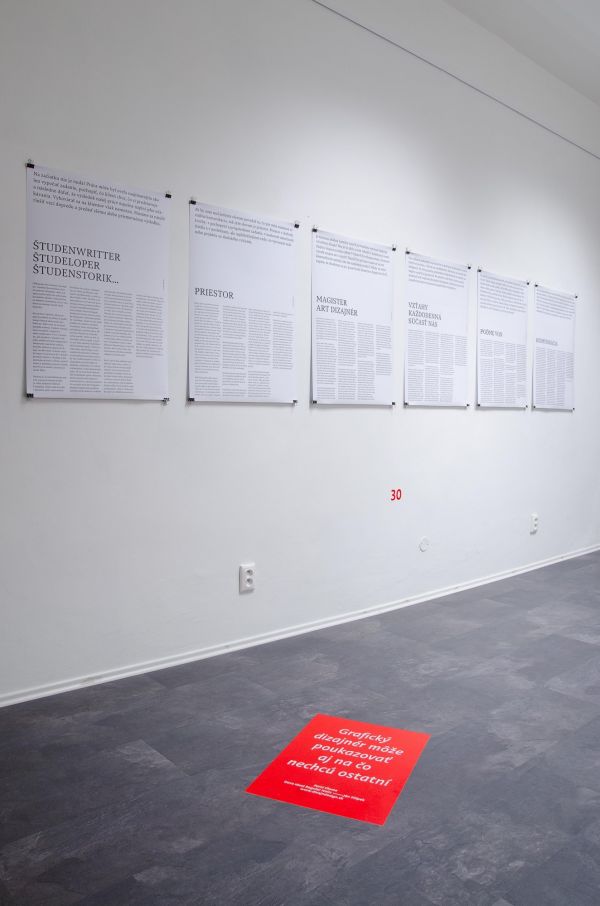 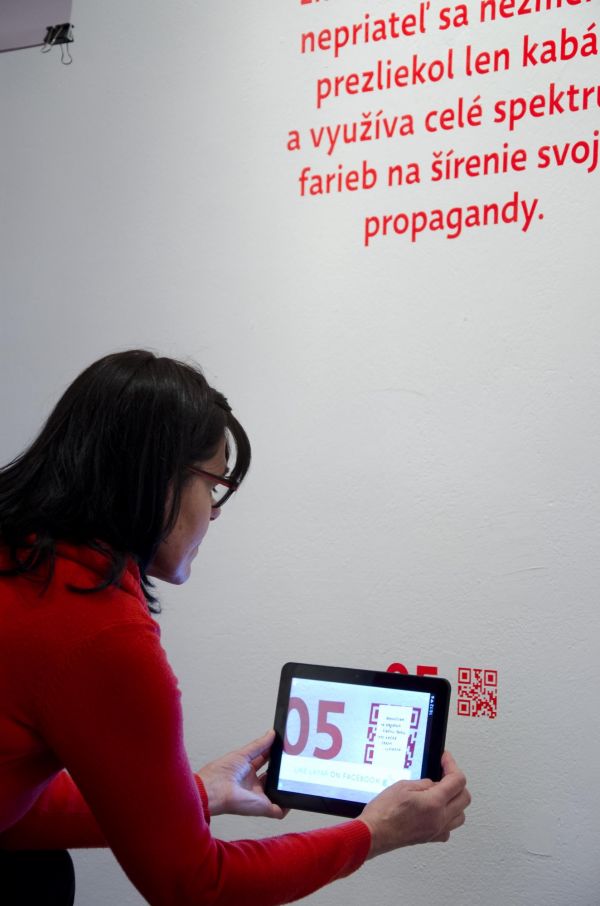 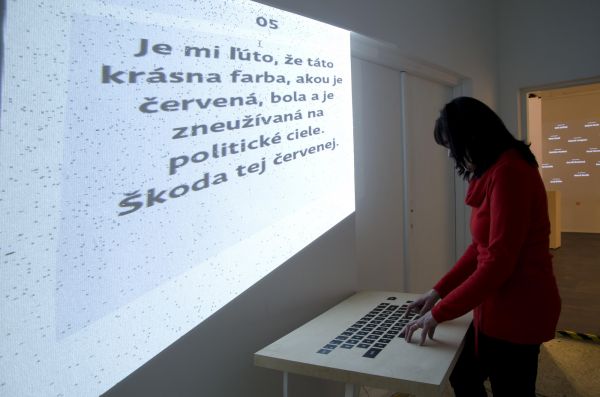 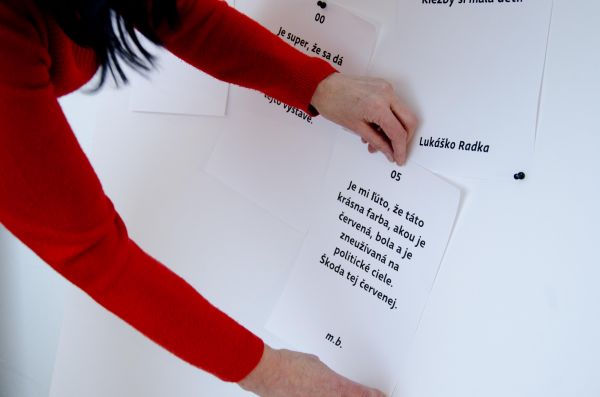 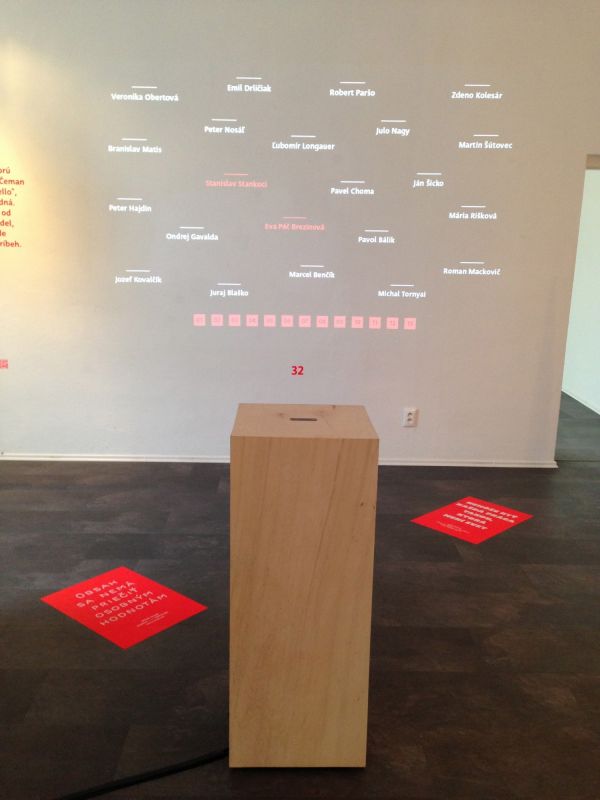