We should pray for forgiveness

We live at a time when the Internet gives us the opportunity to access virtually any music without any effort. I come from a musical community, so I know that many people he play public music without having the authors' approval. But we certainly should at least have an approval, while we are not able to buy their music officially. For many authors from these music communities it is often quite standard acting - they agree witch such illegal use of their music but they want to become famous or at least well known.

So they agree to gain publicity. I was witnessing such acting and situations so many times and think thats just not good. That's why I decided to design a e-card for or social tile for social websites, something like an indulgence for this act and as a gesture of respect. Of course it is taken with exaggeration. As I expected, hardly anyone I've addressed, used my indulgence e-cards seriously, almost no one reacted and shared it. But of course that is on the other hand quite logical - people are just afraid.

Therefore, I was interested in people's feedback, what they think about such gesture, and I started to chat with some individuals that responded to my post on the Facebook. I created indulgences templates in English, because I also wanted to send them to authors that are abroad. As the basis of the text I used praying for forgiveness, which I modified and slightly overstated. I took my statement sincerely, perhaps excessively, in response to the 'penitent text' of the prayers and indulgences. One of the e-cards was talking about the possibility of sending some amount via PayPal, the second one was offering some of his personal music creations as compensation and the third one served an apology without giving any reason. Indulgence was possible to send flexibly, using any social or communication platform. 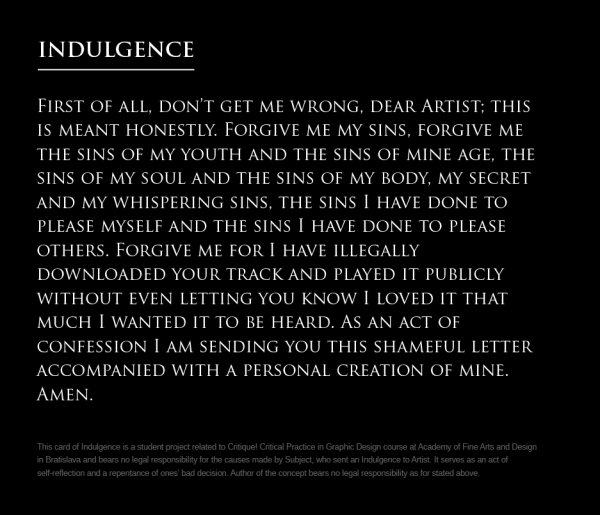 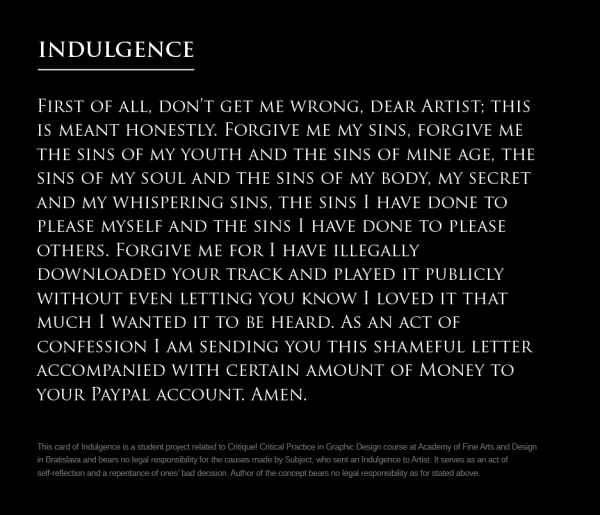 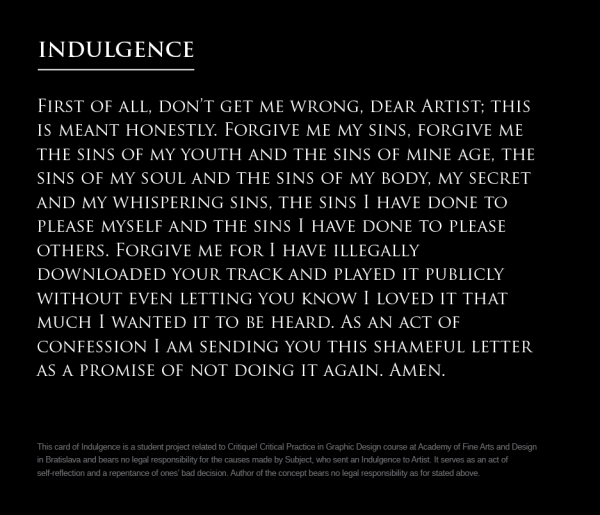 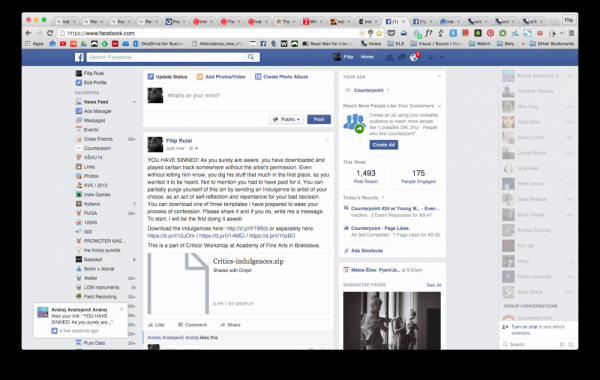 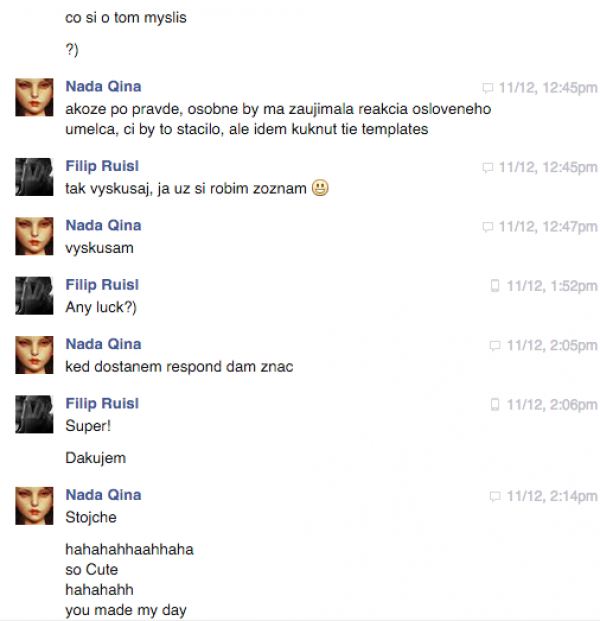 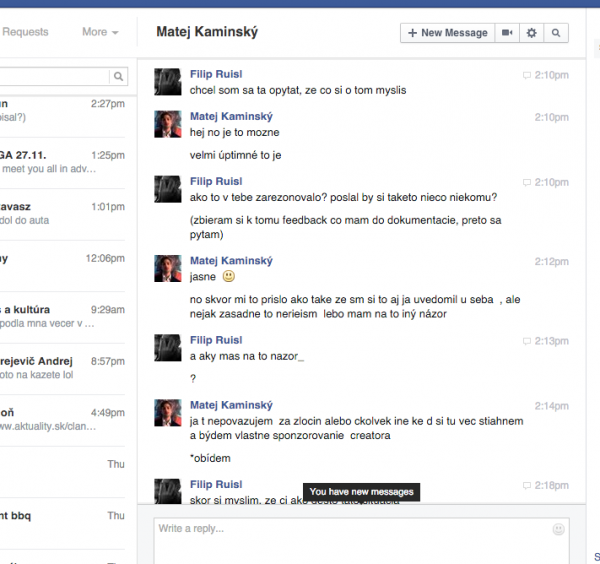