How cruel is too cruel?

The exhibition within the exhibition was inside of a black caravan called Cruel Museum. It  people in with a neon sign on the outside of the caravan.

When we visited Dismaland, there was a massive queue; so we decided that we might as well just wait our turn to get in. To make this experience easier and to help pass the time, one of the staffers read excerpts from various books. At one point,  there were “lovely” words from a book on the processes of animal testing.

After walking into the caravan, we were greeted with white space with messages on the walls. Inside, we found items designed to hurt us or others. That was one of the first messages we saw when walking into the space. The objects there include less-lethal weapons, anti-sit benches, and humane slaughter methods. One video was called Wearable Terminal. In this video we saw employees using items such as: anti-skateboarding studs, anti-sitting benches, and anti-homeless spikes; all examples of social cleansing architecture.

Another video consisted of tools used to kill animals for consumption. We could see how animals were in excruciating pain while these tools were used. It was also clear that workers were unable to use them properly; they were not designed to induce this amount of pain on animals. Also, there was footage of riot police gear with baby blue caps;quite possibly to make them look more friendly for media and viewers. You could also see a plan for the Melilla border fence – a fence built at the border of Morocco and Spain to  stop illegal immigration and smuggling. At the top of the caravan you could see many small subvertisements for these tools.

In this exhibition designers reacted to poor worker conditions,the constant surveillance of workers, and to un-humane working/living conditions; how we would rather close our eyes and hide the negative aspects of the world that don’t directly affect us,  such as homelessness and not deal with it.

I might not support every idea that was shown in the videos or on the banners at this exhibition, but it most definitely is important to talk about them. The only negative of this exhibition was that you had only a short time to spend there, as many people were waiting in the queue. It would be great if it was shown again for wider audience. 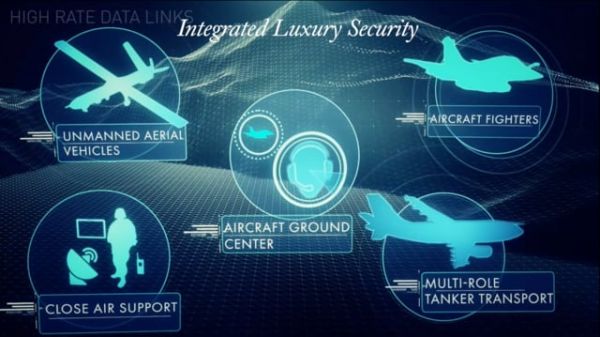 Cruel designs: History Of The Workplace 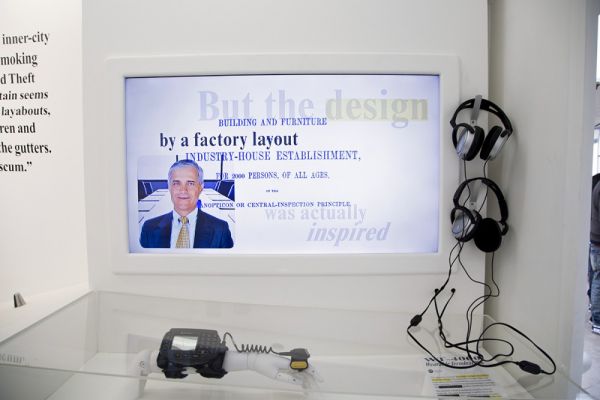 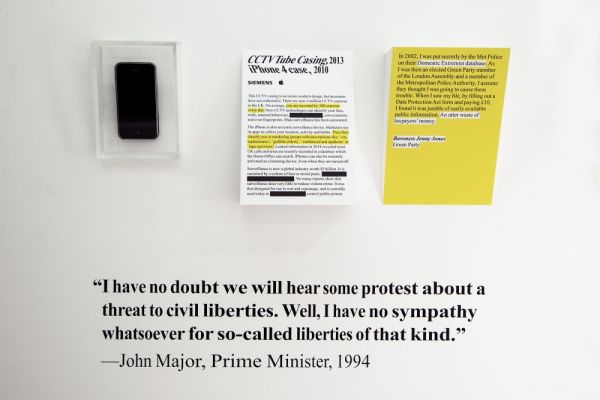 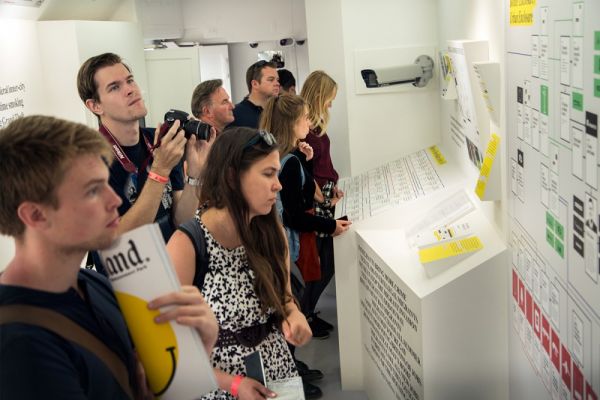 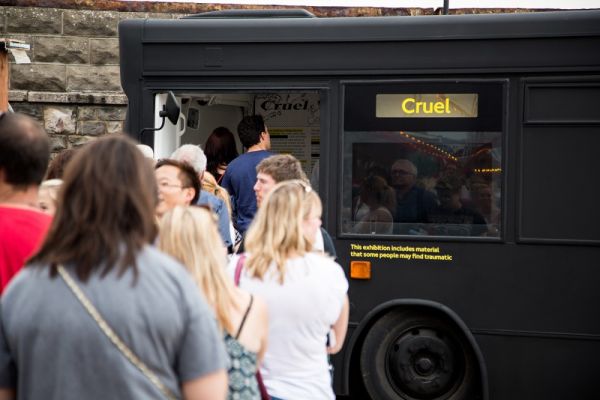 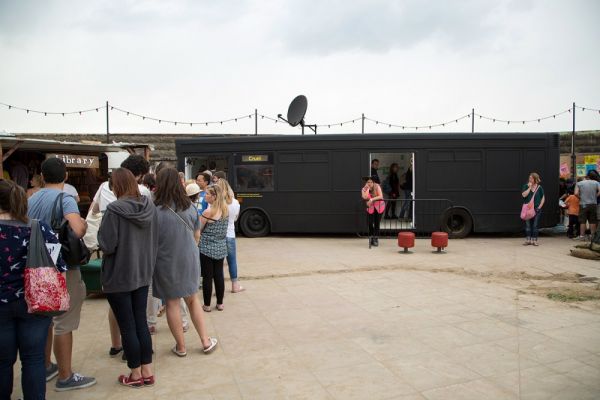 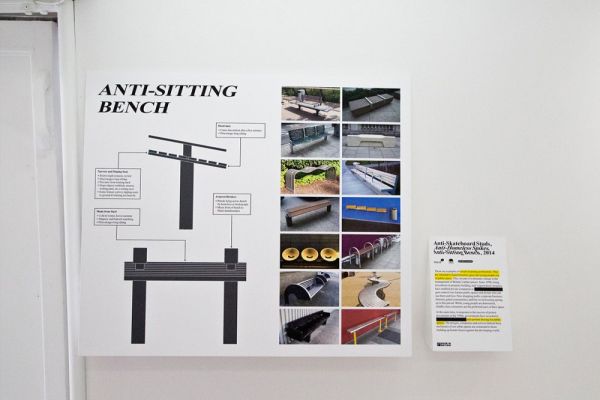 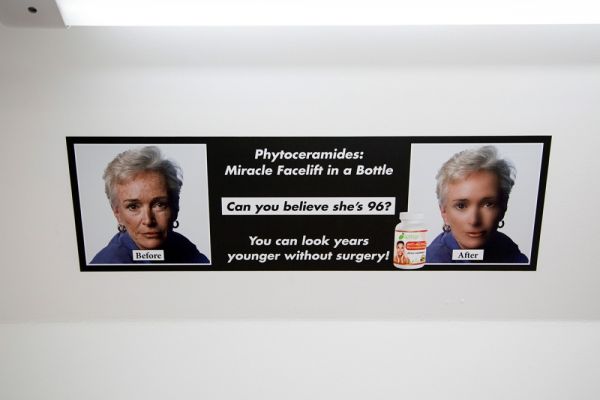 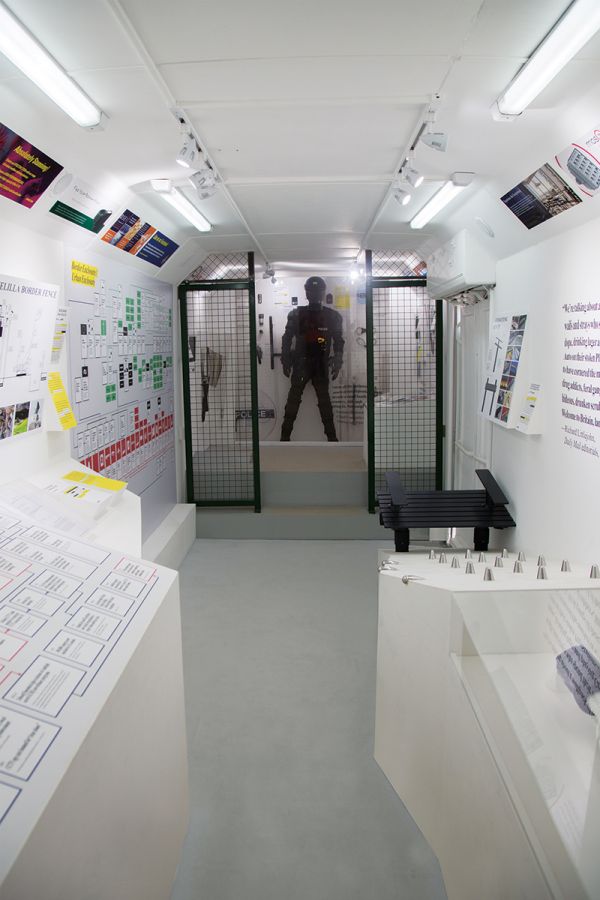 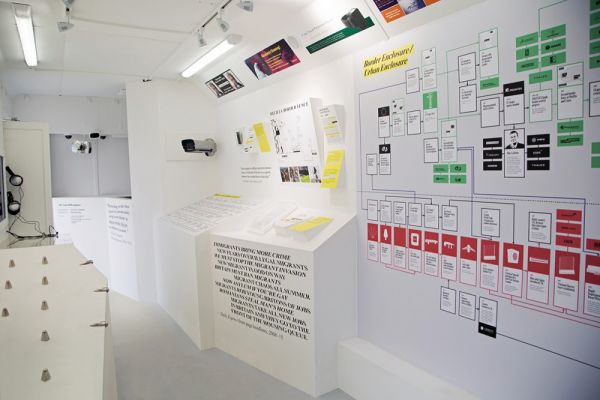