Rural Poster was one of the events of international competition Trienále plagátu Trnava (workshop and exhibition). The mentor of the workshop was Robert Paršo. He offered the space in his private gallery FreeDom in Báhon pri Trnave in October 21 – 25, 2009.

The aim of the workshop was a comeback to a simple low cost poster production without using a computer. The project encouraged collaborations between visual communication experts, students and public living outside of the big cities. The analysis of the theme brought the understanding to the problem of production different from the one of the cities where design and advertisement is the main focus.

Themes concerned the surrounding of Bahoni pri Trnava and the problems that oppressed the inhabitants of the village. The research made in village called Báhoň, showed  that there is a serious lack of meeting places and the absence of a cultural house. They aimed to ask the public: What is the most important thing for you in Báhoň? They decided to make symbols of these words and combine them with typography. Some words and letters were changed into symbols. For example the letter „T” in word „kostol” changed into cross etc.

The countryside was ideal for such poster production. The idea was to give value to posters and give them back the power. To out them in oposition to the shallow ideas of urban areas. By doing so, the goal was also to bring the attention of media and the wider public. Therefore the results were exhibited as a part of the Poster to Poster show, which was a part of the Triennial mentioned above.

I think this workshop reached its goal. It brought the attention and furthermore, it informed the public about several issues of poster production these days. The resulted posters influenced the public opinion - the village started to change things.

The benefits were on both sides - the public could percieve posters not only as an applied art but could realize the value of this medium, the designers could work in the countryside. I think the project is definitely a strong cultural and personal contribution. 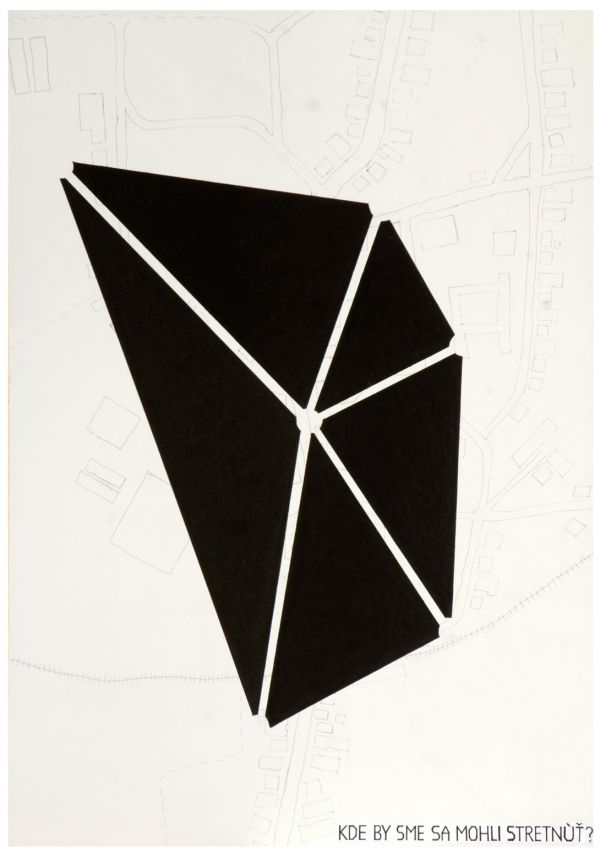 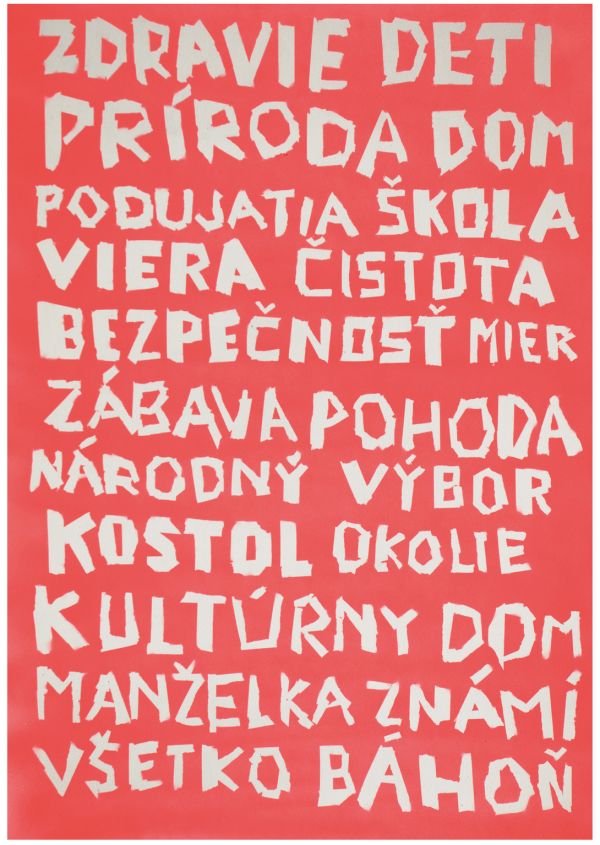 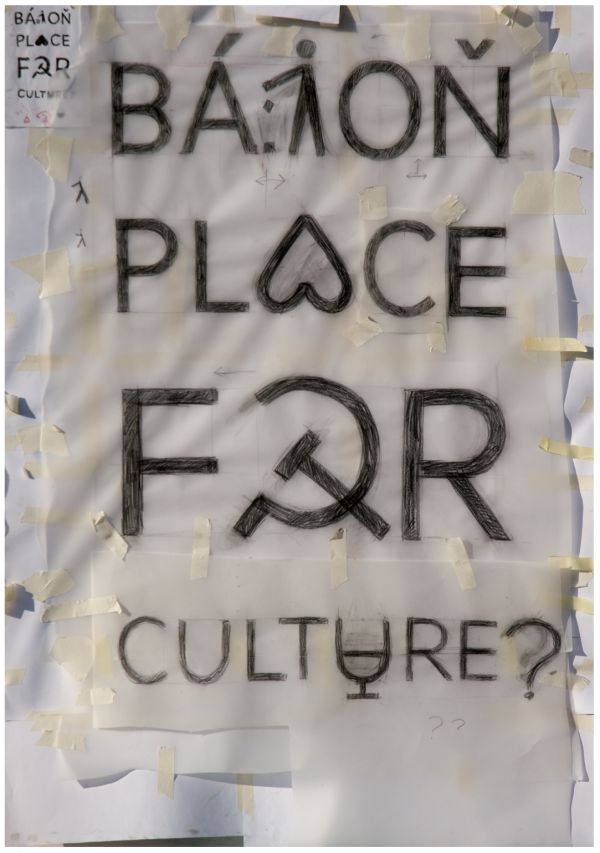